Shelter Dog In Love With Food Bowl Goes Viral & It Saves His Life.

All a dog named Oliver has wanted is a family — and a food bowl — to call his own.

Animal control officers recently found the stray camped out in a family’s backyard in Memphis, Tennessee. He was taken to Memphis Animal Services, where staff quickly surmised the pup had once belonged to someone. He was too friendly and wasted no opportunity to show how well-behaved he was in exchange for food and treats. 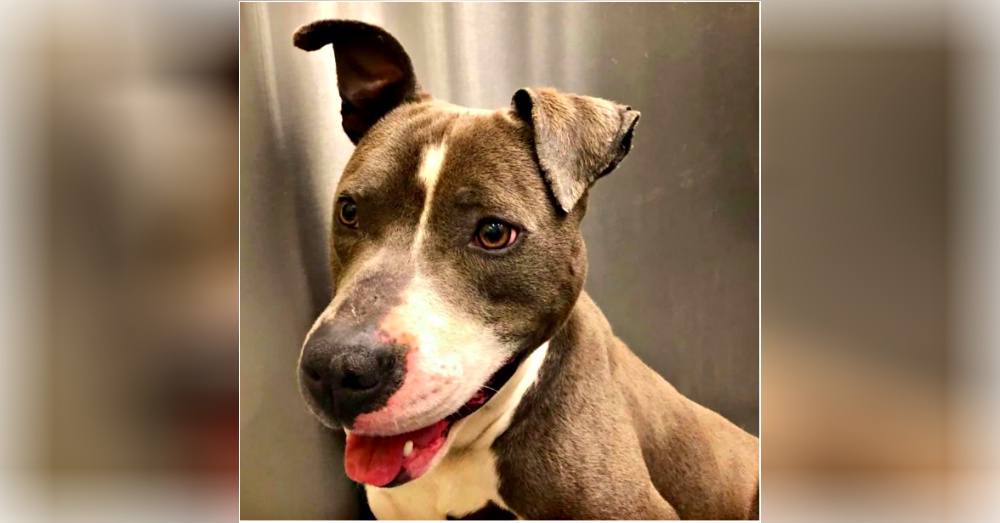 Staff also noticed the dog’s adorable quirk. He could often be found holding his food bowl up as if to ask, “please sir, I want some more” just like the fictional character Oliver Twist. That’s how he got his name. 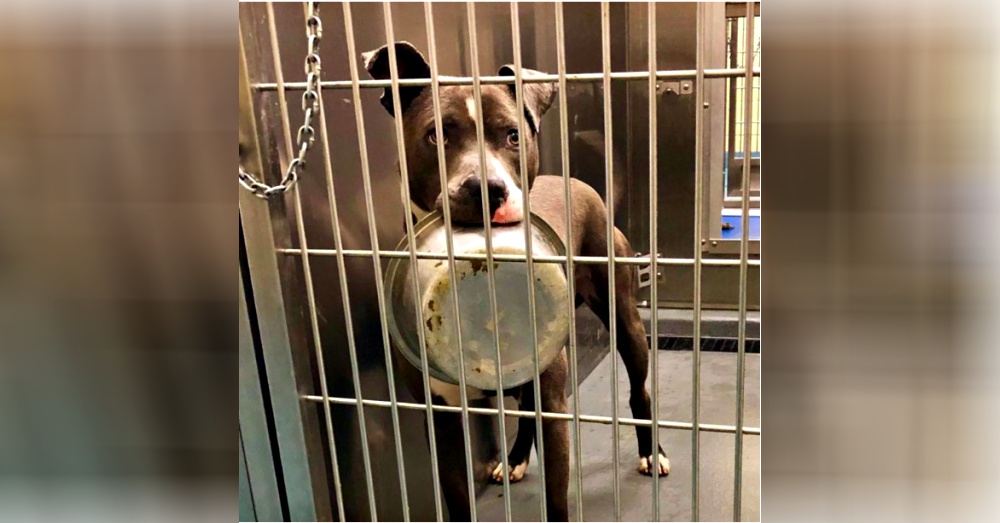 “The very first night he got here, our field supervisor passed by his kennel in our ACO intake room and noticed him with his bowl in his mouth,” said Katie Pemberton, the shelter’s community engagement specialist. “His cute trick was very effective because she gave him more food! Then when he moved to his permanent kennel, he kept doing it. He had his bowl in his mouth most of the time.” 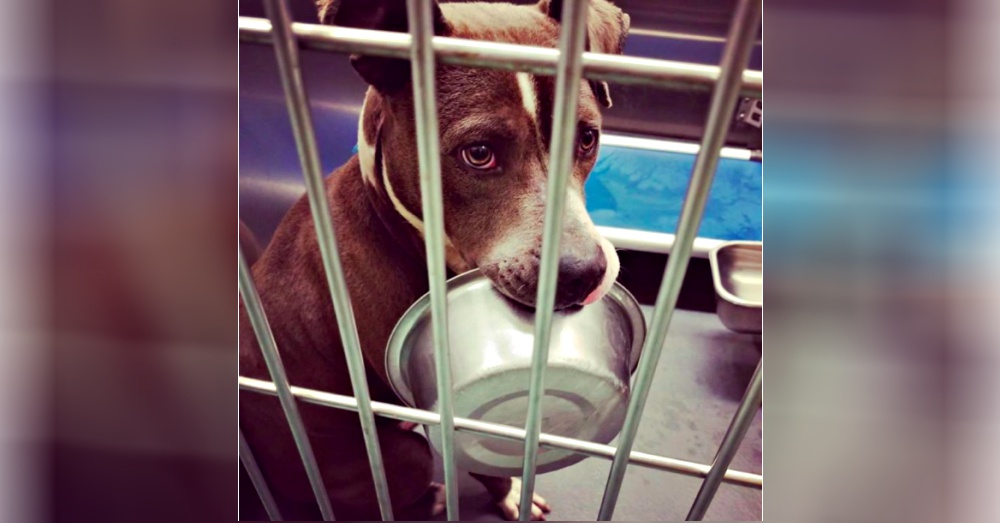 But cute as he was, time was running out for Oliver to find a new home. The unfortunate reality about many shelters is that they have to euthanize some of their animals to make room for more. So shelter workers began snapping photos of him with his bowl and shared them on social media, desperate to get him adopted. They couldn’t bear to put him down. 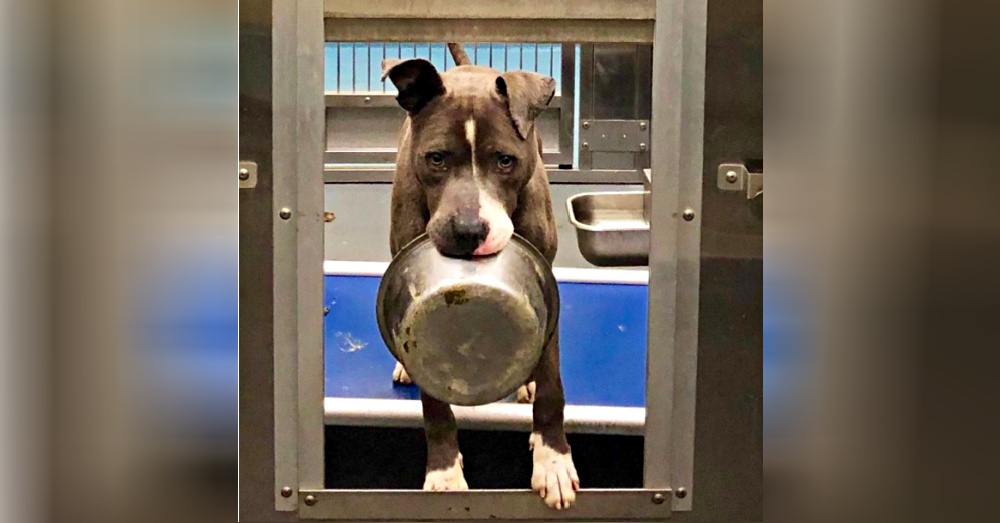 Luckily, it wasn’t long before those pictures went viral. People from all over the world fell in love with Oliver. Adoption applications began flooding into the shelter. And in April, Oliver finally went home for good with his forever family — and his beloved bowl! 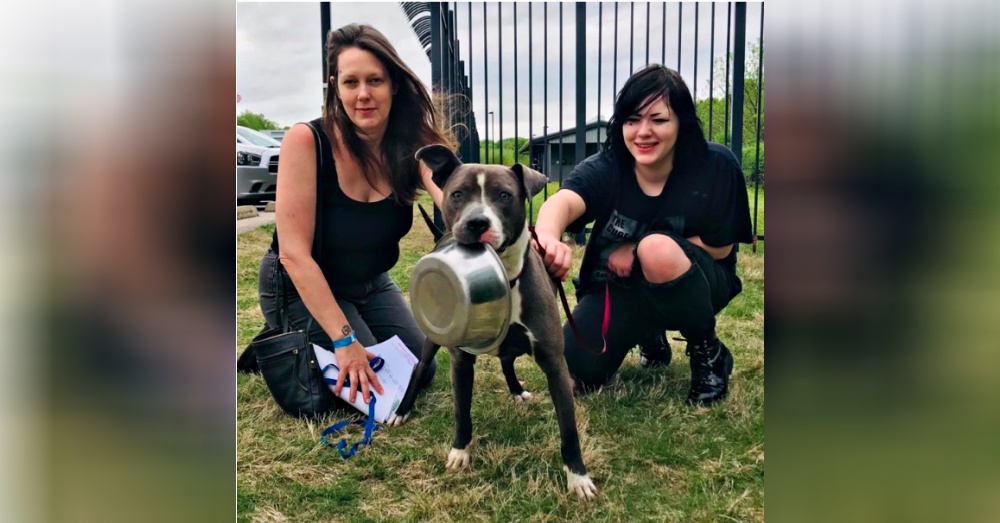 We’d say this is the perfect happy ending, but really, it’s just the beginning for Oliver. Enjoy all the love, cuddles, and food you can get, sweet boy!

Share this story to encourage all potential pet parents to adopt, not shop.

Cat Captured Knocking On Door In Viral Video: Click “Next” below!