Baby Elephant Follows Woman Who Rescued Him From The Brink Of Death Everywhere.

Roxy is the founder of an animal rescue center in Harare, Zimbabwe, called Wild is Life. The facility takes in wounded, orphaned, or protected animals and rehabilitates them, ultimately hoping to release them back into the wild. In her role as director, Roxy has been caring for rescued animals of all shapes and sizes for over 20 years. 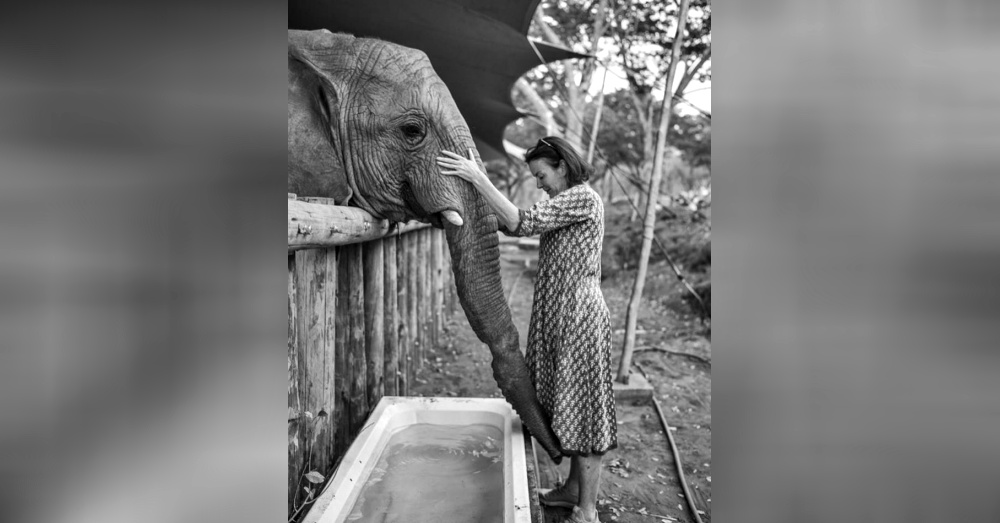 A few years back, Roxy and her team welcomed one of their newest residents at the Wild is Life sanctuary ⁠— 14-month-old elephant calf, Moyo. Moyo was found by rangers when she was just days old after being washed up on the shores of Lake Kariba. The experts at the sanctuary believe that she was trying to cross a river with her herd when she was swept away by the powerful currents. She was almost drowned when she was discovered, but thankfully, the rangers knew just where to take her to get her back on her feet. 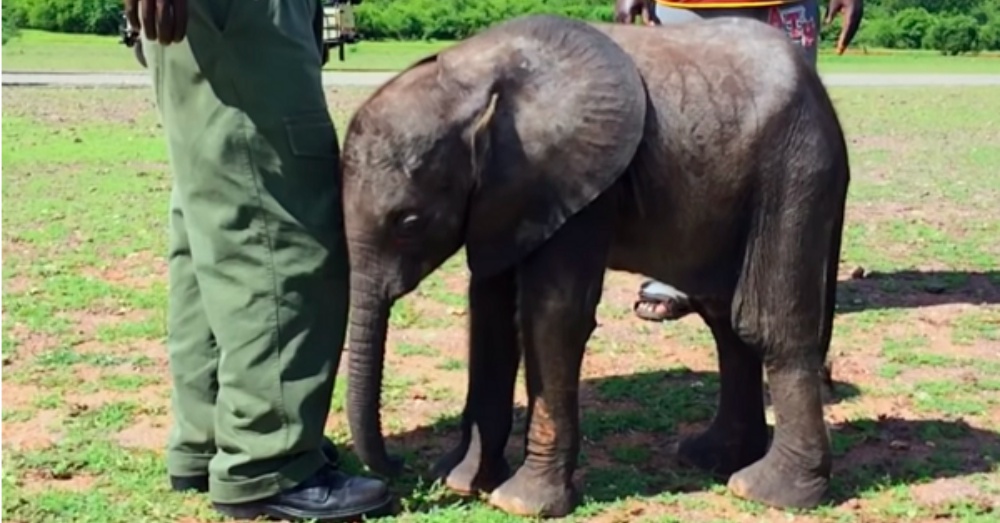 It was love at first sight for Roxy and Moyo, whose name means “of the heart.” The baby was so traumatized by those early days of his life that he was afraid of everything he saw, which is why he quickly bonded with his new hero/mom. Although Roxy has rehabilitated many elephants over the course of her career, she said she thought Moyo would be more of a challenge because he’s so timid and scared of the world.

To gain his trust, Roxy began sleeping next to the 123-pound baby each night. The result was a bond so tight it’s hard to imagine him ever leaving her side. As he grew and aged, Moyo wasn’t about to give up the perks of being an indoor elephant — with hilarious results. 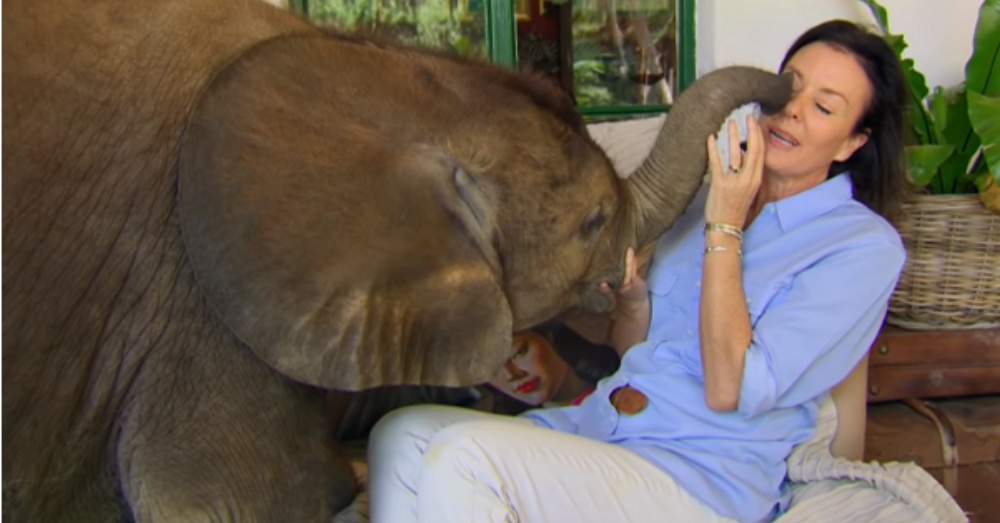 In an episode of BBC’s “Nature’s Miracle Orphans,” we get a peek into what it’s like to live with a literal elephant in the room. In a word, it’s messy! Moyo is curious about everything he sees, using his trunk to grab items off the dining room table and leaving a huge puddle on the floor in the process. He loves sitting on the sofa next to Roxy, which is a tight fit considering his size.

Since he has free rein of the house he gets into trouble frequently, helping himself to treats in the kitchen and annoying the staff as if it’s his life’s work. It’s a good thing he’s so cute! 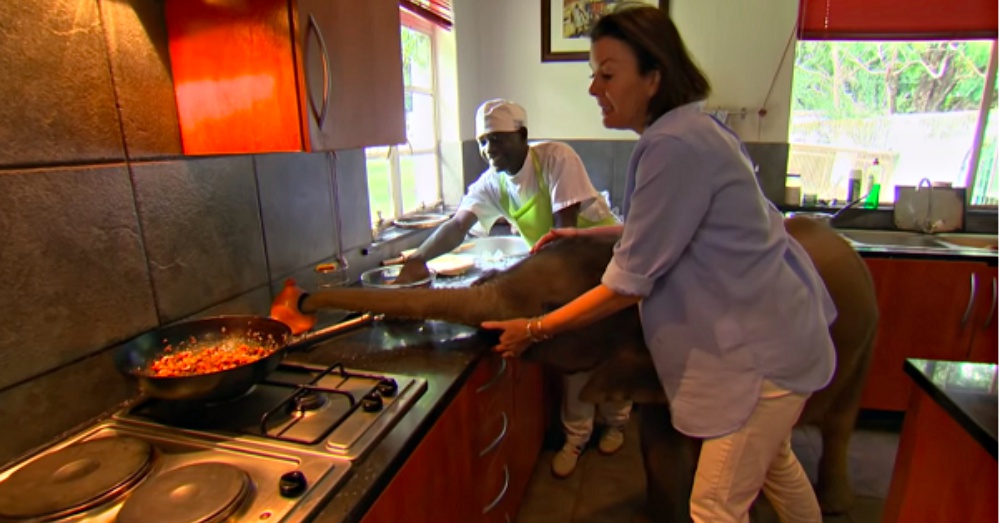 The goal is for Moyo to rejoin his herd once he is strong enough, but in the meantime, he’s content to spend his days as Roxy’s sidekick. It’s so amazing to see an animal rescue hero like Roxy working her magic on this sweet orphan!

Watch the video below to see all the adorable antics Moyo gets up to in Roxy’s home, and don’t forget to share.

Donate Your Old Christmas Tree To Feed A Rescue Elephant: Click “Next” below!