Dogs really are more than just a pet to play with. For many, dogs are an extension of the family.

For Louisiana police officer Todd Frazier, his dog Lucas is both a member of the family, his partner on the police force, and the very reason he is alive today. 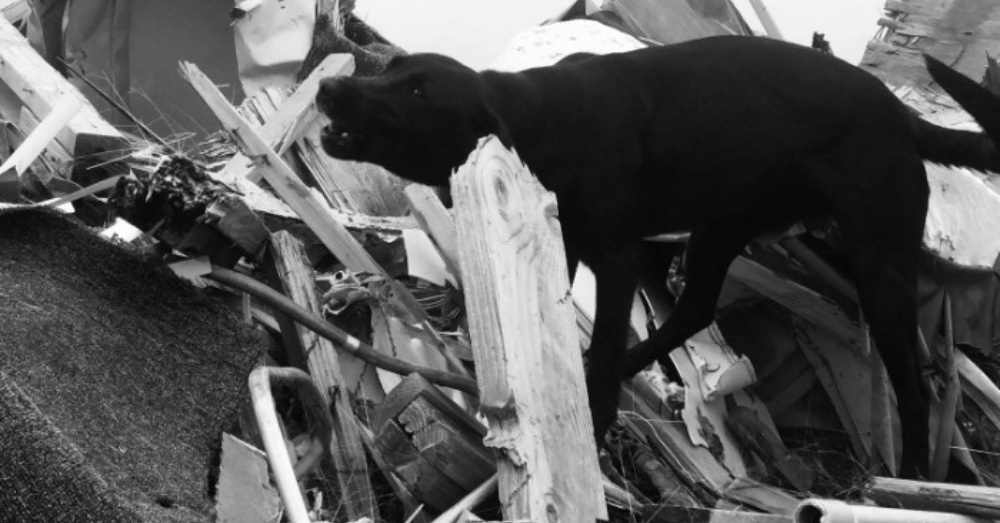 In 2015, Todd and Lucas were out patrolling when they came across what appeared to be an abandoned Lincoln sitting at a rest stop. Todd got out to investigate the vehicle when he was ambushed by one man who had been sitting in the car, and two other men who came running at him from the nearby woods.

The men tried to get Todd’s gun, threatened to slit his throat, and began dragging him to the woods. Meanwhile, Todd was able to get a hand free to press a button on his belt that released Lucas from the K9 unit in the car.

Lucas sprung into action, defending Todd by biting the men who were assaulting him. They eventually fled in the car and Todd was able to call for back up. Lucas broke his canine teeth in the heroic rescue, and Todd suffered from various injuries. Thankfully, both made full recoveries.

Lucas ended up receiving a number of awards for his heroism – including PETA’s heroic dog award. Todd gave acceptance speeches on behalf of his furry friend and said,

“Thank God I had Lucas here, and I had a button on my belt that I wear, and when I hit the button Lucas jumped out of the car and attacked all three [men] and they ran away. That’s why he’s my hero.”

Today, Todd and Lucas are retired from the force and the pup now lives at home with the retired officer. He continues to be a hero today, as he is trained by FEMA to search for survivors during natural disasters. Basically, Lucas is a very good boy.

Be sure to share Lucas and Todd’s story with your friends!