Dolphins are revered for their impressive intelligence. In fact, researchers have found that bottlenose dolphins, in particular, recognize themselves in mirrors at an earlier stage in life than humans and chimpanzees!

That’s a sign of self-awareness, which is already amazing enough. But, it seems, that’s not all they’re capable of. One viral video shows these animals not only realize when they’re in trouble but even know to ask for help! 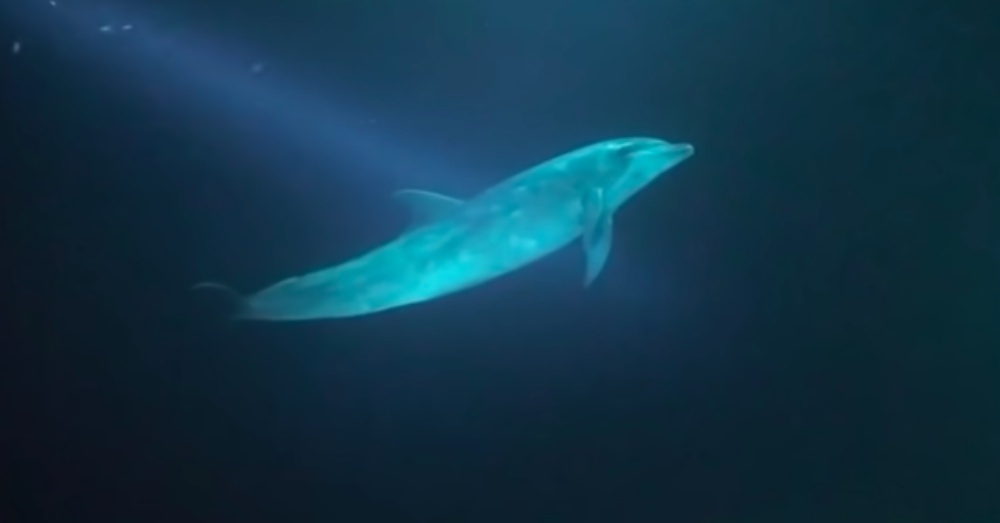 Keller Laros is a scuba instructor who lives in Kona, Hawaii, and leads manta ray dives there. He’s also an underwater photographer and videographer. As such, he’s been out on thousands of dives, exploring and capturing the world of sea creatures several nights a week. But no experience has been quite as special to him as one dive in 2013, when he caught something truly incredible on camera. 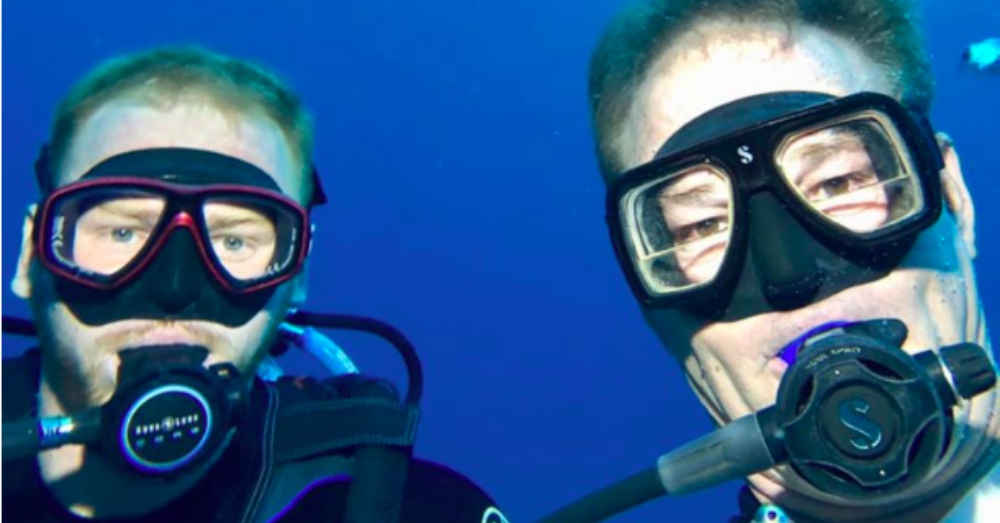 During a manta ray dive, Keller and his team were approached by a bottlenose dolphin. Almost immediately, Keller noticed the poor thing had fishing line wrapped around its pectoral fin. 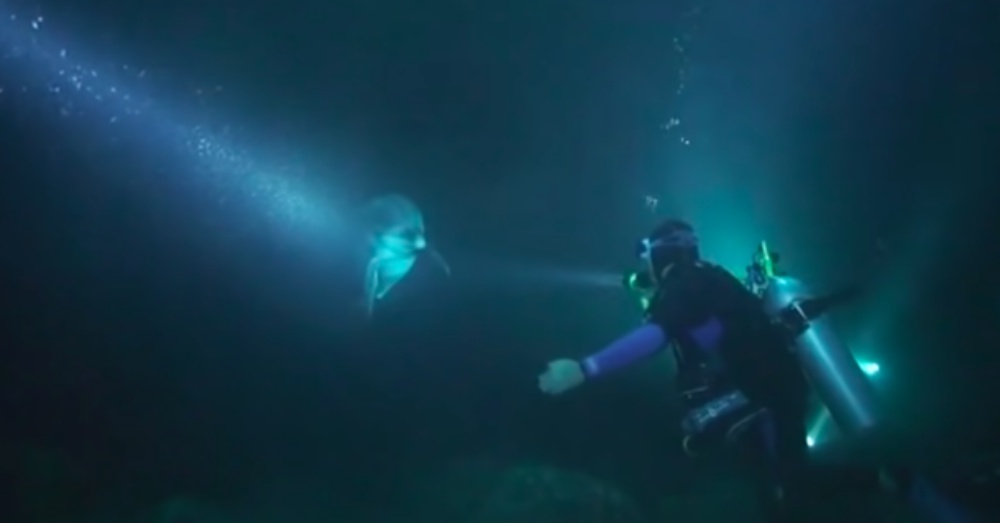 Before he could inspect closer, though, the dolphin swam away. But Keller says when he signaled for it to come back, it did! 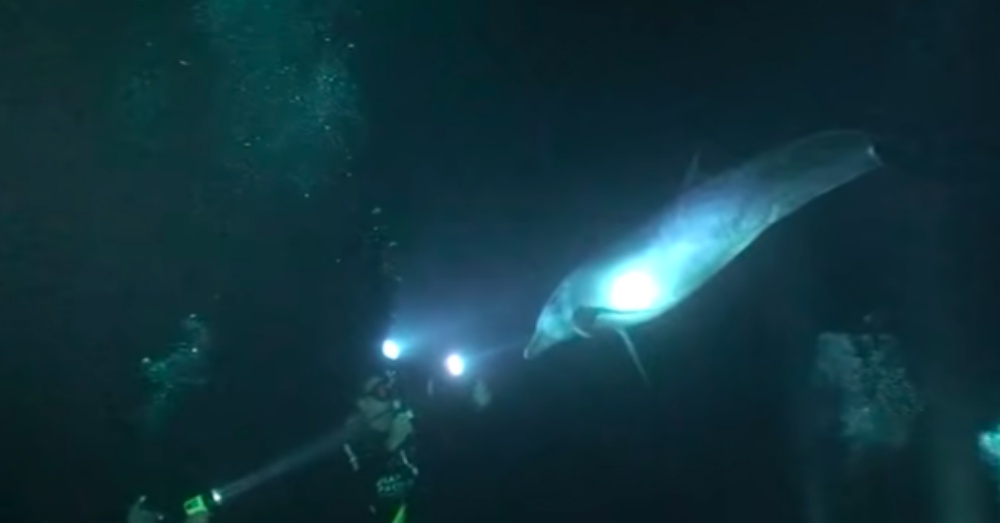 It was as if the dolphin just knew Keller wanted to help because it swam right up to him and turned upside down so the man could check its fin. 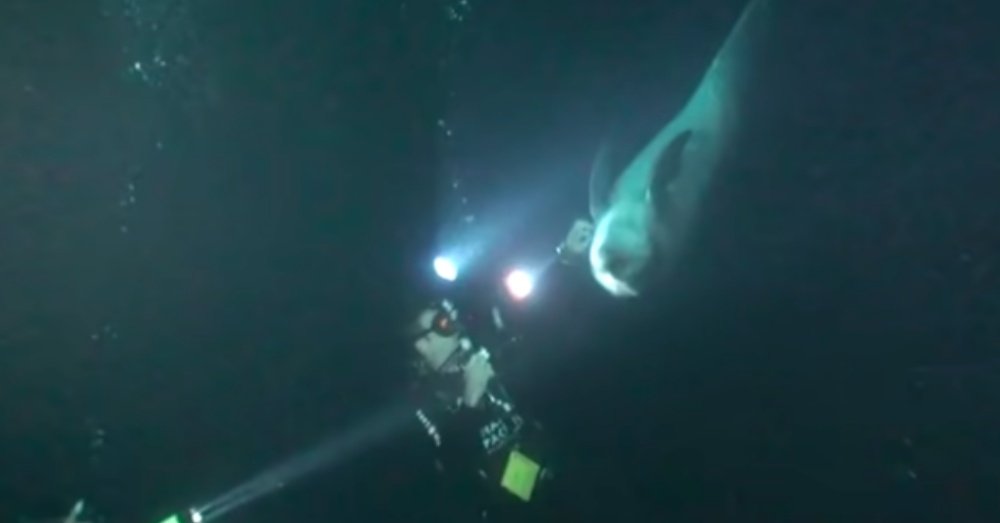 Keller got to work right away, carefully pulling the line and trying to break it free. That’s when he saw the hook embedded in its fin. During all of this, the dolphin stayed as close, still, and calm as possible. 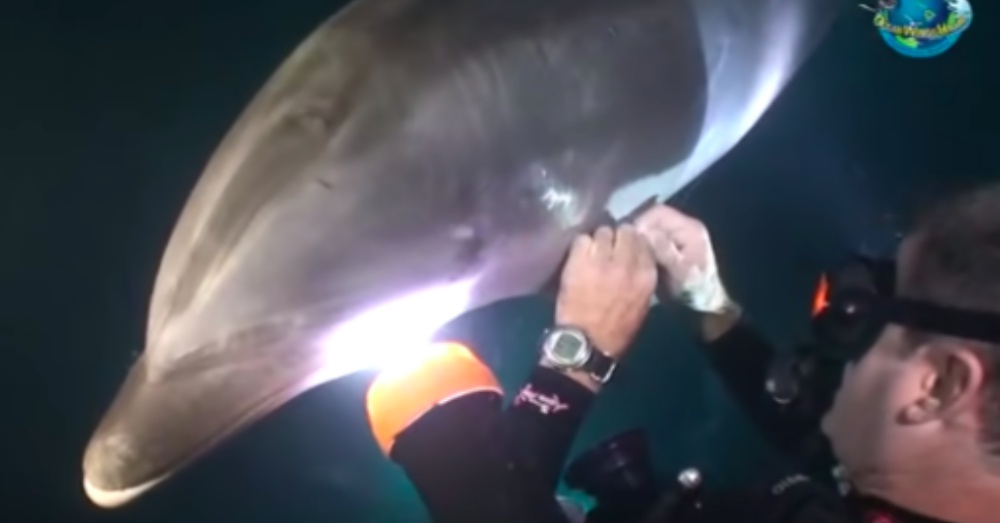 After some effort, Keller finally removed the hook, though there was still some fishing line to take care of. He pulled it out of the dolphin’s mouth, then used a knife to cut the rest away from its fin. 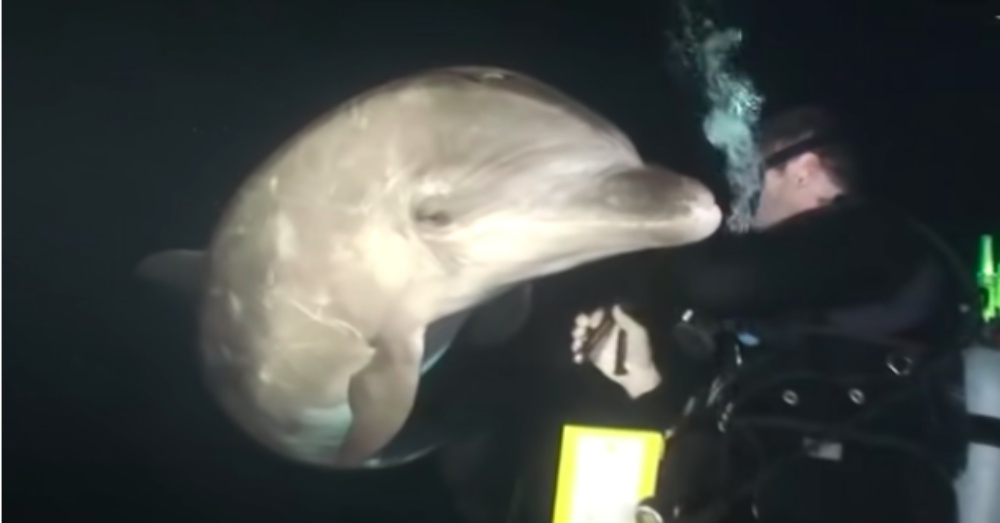 Finally, the dolphin was free of its burden! And just like that, the critter swam away — though we’re sure it was very grateful to be rescued. 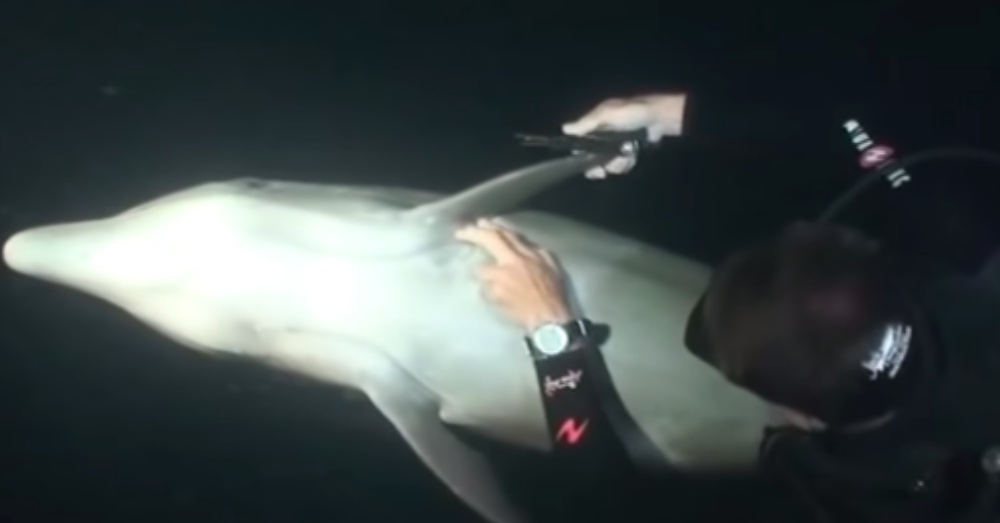 When Keller uploaded the footage to YouTube, it amassed millions upon millions of views. People couldn’t get over how the dolphin seemed to understand exactly what was going on — and how it sought out help in the first place!

“The patience of that dolphin was extraordinary. Such a moving video, thanks for this,” one viewer wrote.

Another added, “Do you all realize how intelligent it had to be to look for help for his wound? I’m amazed.”

The ocean definitely isn’t the most friendly or welcoming place, even to its inhabitants. But it’s clear the dolphin saw a friend in Keller, who was more than happy to lend a hand. We’re so glad these two were both in the right place at the right time!

Check out the beautiful footage from this dive turned rescue below, and be sure to share so others can experience the wonder, too!

Drowning Dog Rescued By Passing Dolphins: Click “Next” below!