When things don’t go as planned at work, it’s always best to maintain a sense of humor.

Each morning Brazilian news reporter Artur Lira gets up before dawn and arrives at the newsroom at 5 AM to begin coverage of the day’s top stories. His work invariably brings him to the local police station in Campina Grande, Paraíba. One morning, Artur and his cameraman noticed an unexpected guest that had everyone cracking up. 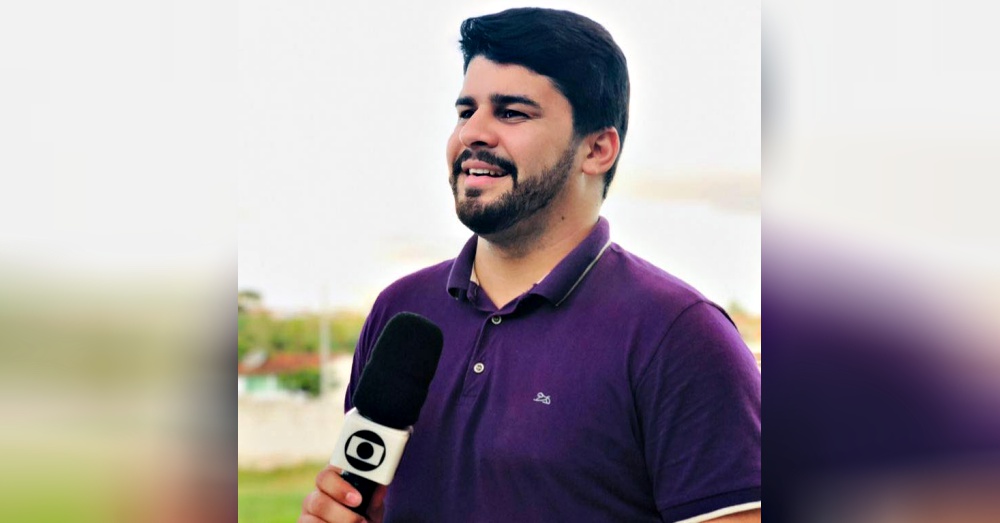 “I was recording a news story about the case of a woman who was arrested […] This is serious news,” said Artur. Suddenly he felt something brushing up against his pant legs. When he glanced down he saw a small black and white cat winding its way around his legs, purring loudly and begging for attention. Artur couldn’t help but giggle as the cat got more and more insistent that he stop what he was doing and pay attention to him!

“I asked the cameraman to continue recording for me to show to coworkers in the newsroom,” Artur explained. The camera person zoomed out to show the affectionate animal, and the reporter couldn’t help but pause his story to give the kitty some love.

After Artur and his crew had composed themselves, they switched up the scene a bit and got back to work. The cat, however, wasn’t quite finished trying to woo him just yet. After the camera started rolling again, Artur burst out laughing when suddenly a little cat head popped up from inside the truck bed for yet another surprise. This little guy was persistent! 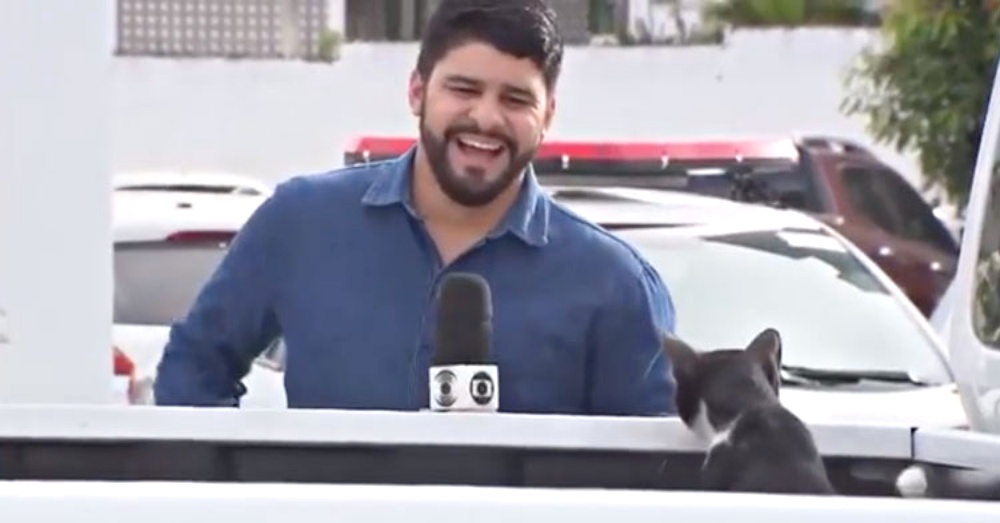 After Artur shared the video of the photobombing feline on Facebook the clip went viral. As an animal lover, Artur was thrilled to see the cat’s story get some media attention. He named the cat Frajola Delegato, which is the Portuguese equivilent of “Sylvester” from “Looney Toons.”

Artur really wanted to adopt the cat himself, but his mother lives with him and she said no to more pets. Instead, the reporter found the next-best thing. His aunt Josineide Guedes Lira heard about the story and offered to give Frajola a home, which is the best of both worlds for Artur because he will still get to see the cute kitty whenever he wants.

“I was very moved and knowing the story I wanted to adopt. I’m very happy with him. It’s great to have animals at home. I already have a dog. He [Frajola] is already adapting,” said Josineide.

“My Aunt lives near my house so I will always visit him,” Artur wrote on Facebook. “Today at the beginning of the night I went to get him at the police station, I bought feed, snacks, dish, collar and took him to my aunt’s. There’s big garden and space for him to run and play. Tomorrow I’ll take him to spay, take vaccines and give a bath. I’m very happy and I know you too. Now our dellegatto has a home to receive even more love and affection.” 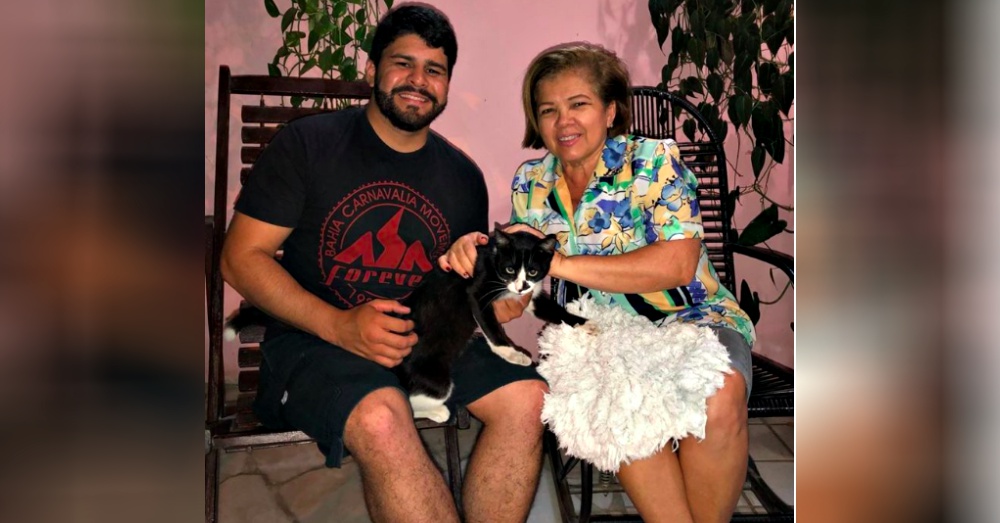 This is one cat who refused to take no for an answer! Frajola’s forced-affection helped him find a loving home thanks to a kind news reporter who wasn’t afraid to take a laughter break on the job. Nicely done, Artur and Frajola! We’re sure he’s going to get tons of love and affection on the lap of his new owner.

Watch the funny news report that started it all below, and be sure to share.

Meet Bell: A Cat With A Squirrel-Like Bushy Tail: Click “Next” below!