Deployments are always hard on military families, but they can sometimes be even tougher for the pets. After all, animals don’t understand why their owners are gone and have no idea if they’ll ever come back.

Gabriel Carlos never wanted to leave his wife Charrette Padilla or his beloved dog Benny behind, but such is the sacrifice a service member makes. The soldier was deployed for the first time last year to South Korea. Charrette and Benny have been waiting anxiously for his return ever since. 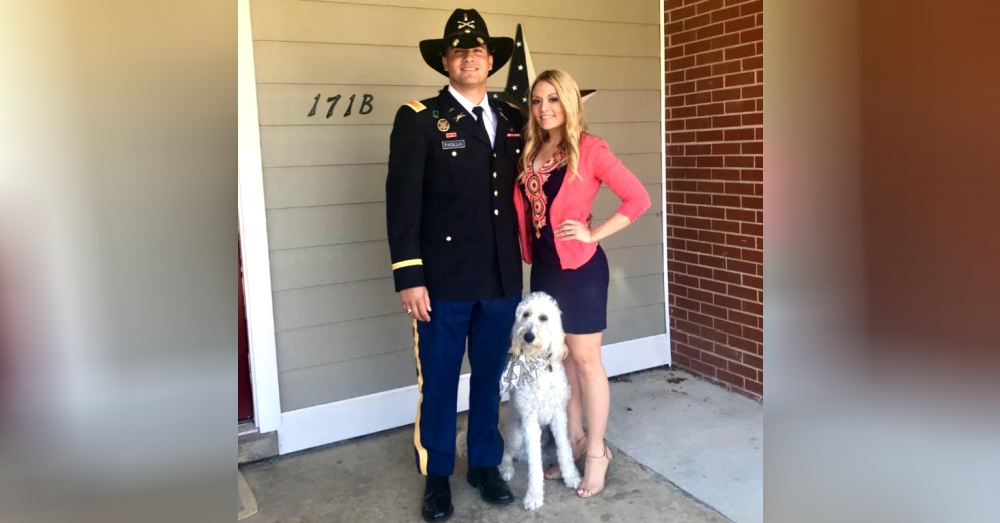 Finally, after nine months away, Gabriel came back home last month. He was so happy to be with his wife again, but couldn’t wait to see Benny, either.

“After seeing my wife, we got into the car to head home and all I could think of next was seeing my Benny boy,” Gabriel said. “Sometimes people say he’s a dog version of myself! He brings so much joy to everyday life.” 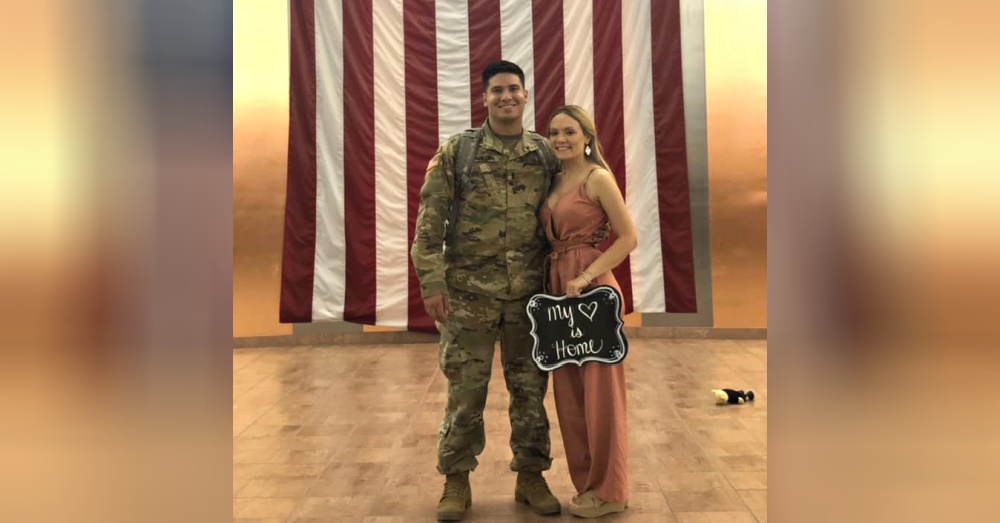 Benny was just as excited to see Gabriel, who waited in another room to surprise him. Though he had no visual confirmation, he knew Dad was home.

“Even before I opened the door, Benny could smell him and was so excited,” Charrette said. 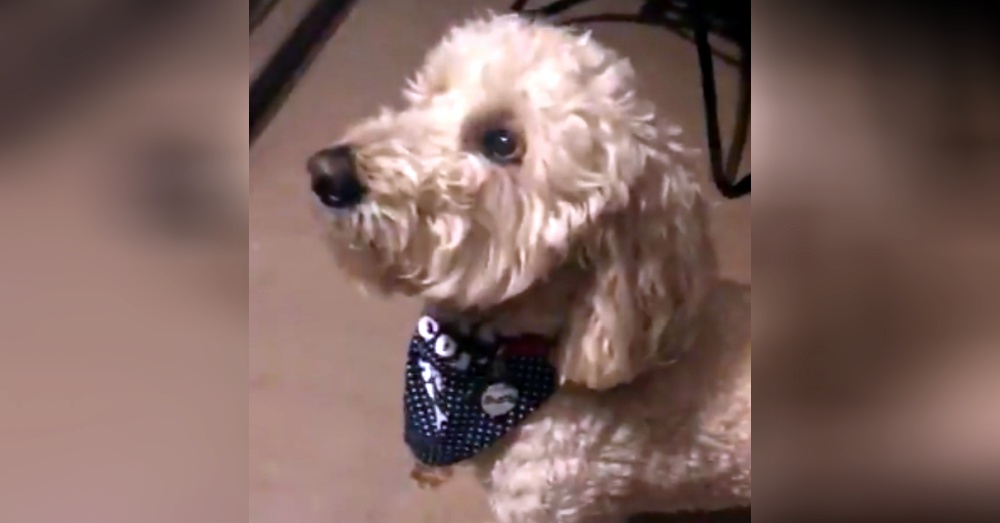 Then, as soon as she opened the door, Benny sprinted over to Gabriel and proceeded to freak out in the best possible way. 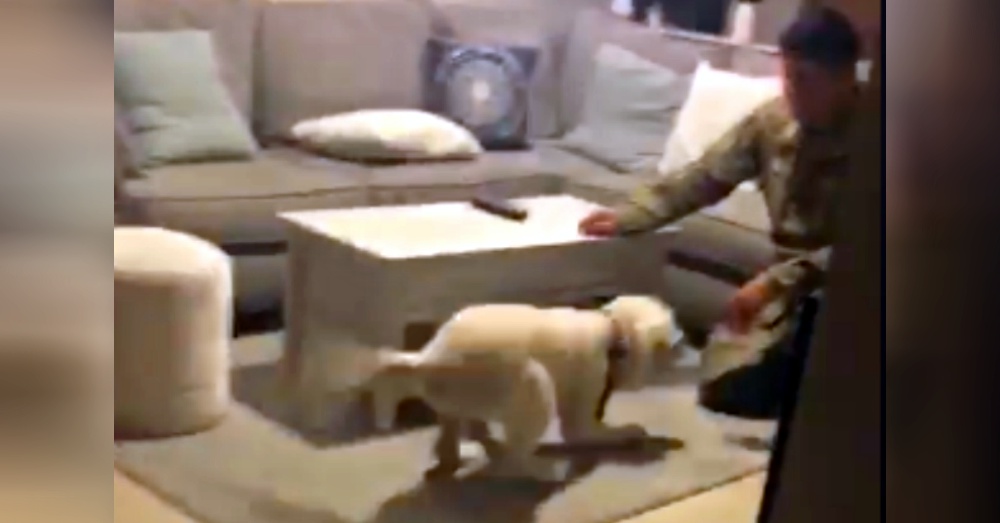 Charrette recorded his adorable reaction as he mauled his dad with kisses and cuddles, whining uncontrollably while his tail beat the air in a furious blur. 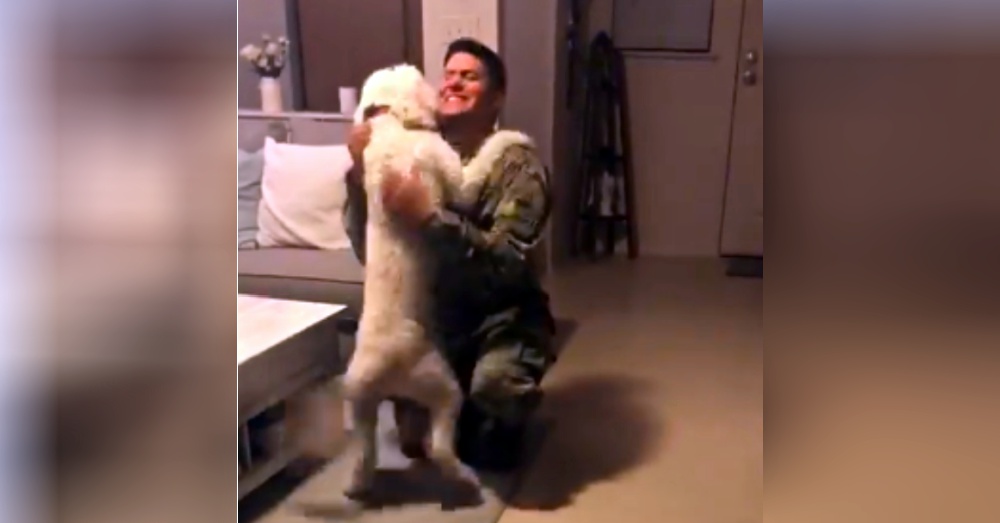 Even if he’d wanted to, there was no way Benny could control the surge of happiness that overcame him. His dad was home, and he’d clearly spent the last nine months missing him terribly. 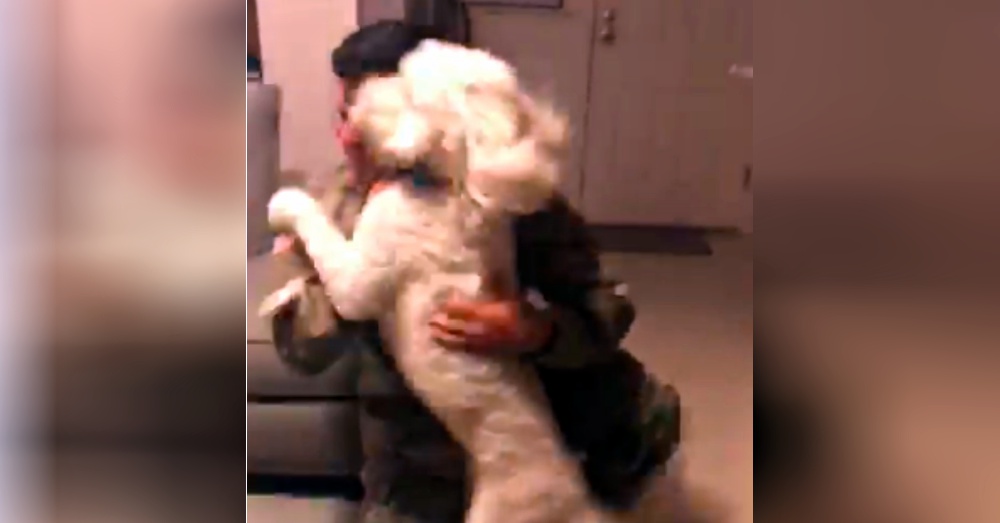 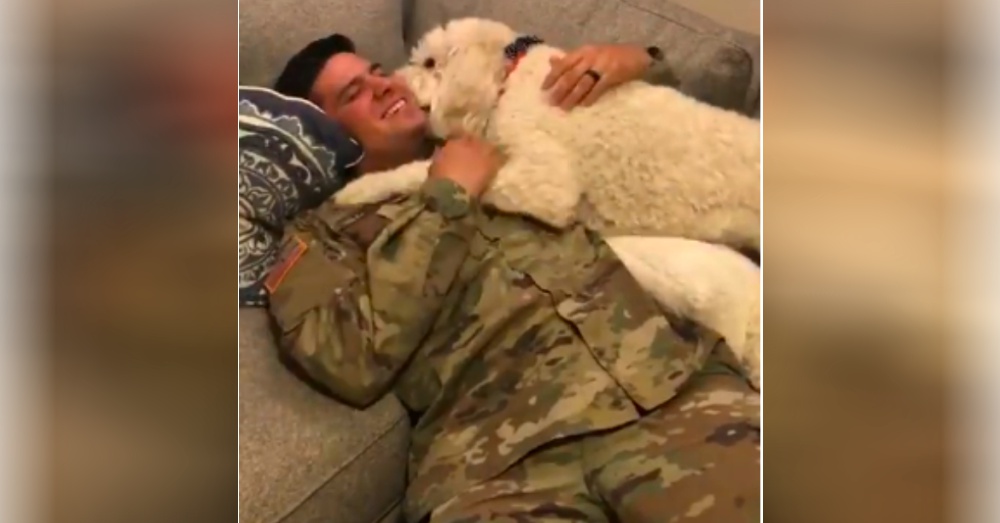 …but seconds later, Benny was at it again.

Honestly, though, who could blame Benny for losing it? He’d spent so long wishing and waiting for this very moment. With Gabriel back, life was good. 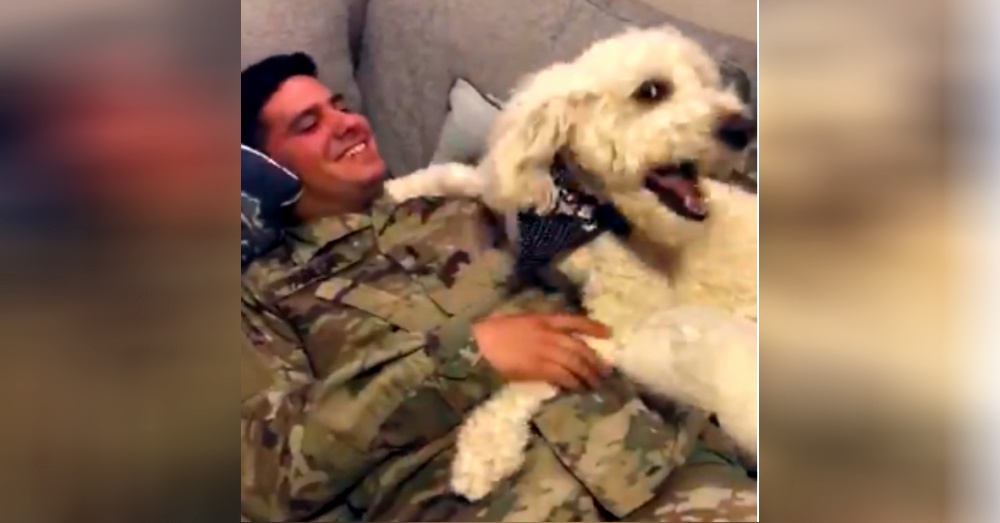 Thank you so much, Gabriel, for sacrificing precious family (and dog) time to protect our freedoms. Your service is so appreciated.

Watch as Benny gives his dad a welcome home to remember in the video below. Be sure to share this sweet reunion with other dog lovers!