When terrible things occur in your life, it can be all too easy to focus on the negative and allow yourself to spiral into depression.

Joshua Ferguson of Tennessee understands these dark moments better than most. As a veteran of the United States Army, Joshua suffered a devastating setback when he lost his leg in an explosion caused by an improvised explosive device. Now that he’s retired and back home with his family he focuses on gratitude to help him overcome his new disability. 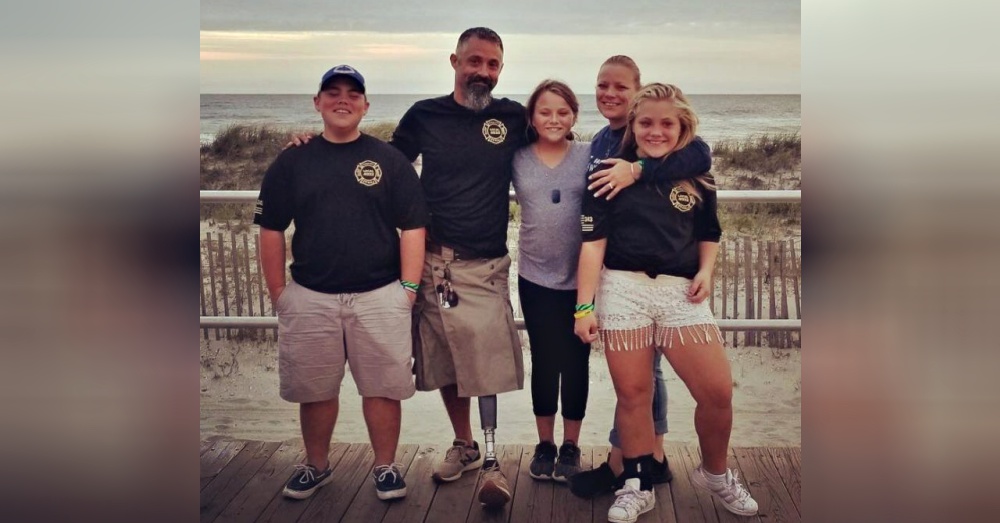 “There’s silver linings to anything, you can find something, and even if you can’t, somebody’s had it worse! So stop complaining,” said Joshua, who recently adopted a dog with whom he has a lot in common.

Back in June, a hiker stumbled upon a little dog in a wooded area at Johnson Creek near Burns, Tennessee. The pup was in bad shape, and one of his legs was mangled beyond repair. The hiker brought the dog to the Humane Society of Dickson County where they did their best to save his life. Veterinarians believe that the dog, who they called Scooter, had gotten his leg stuck and was forced to gnaw it off in order to find food. 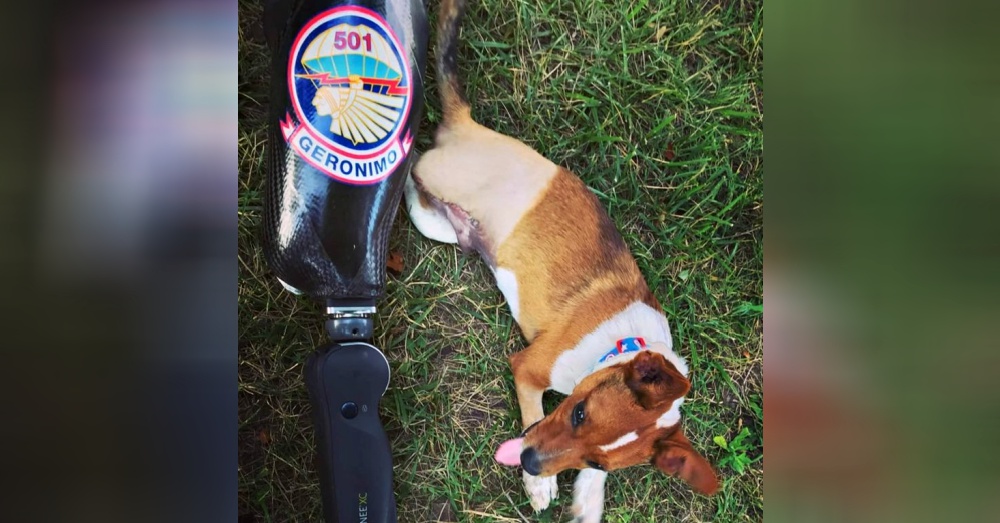 After Scooter’s leg was surgically amputated the shelter began hunting for the perfect family for the special needs pup. As soon as Joshua spotted him on the local rescue’s website, he knew they were kindred spirits. Joshua volunteered to foster Scooter and the pair soon bonded.

“He makes it easier for me to remember, ‘hey it’s still a beautiful day,’” Joshua explained. “You realize really just how tremendous a journey life is.” 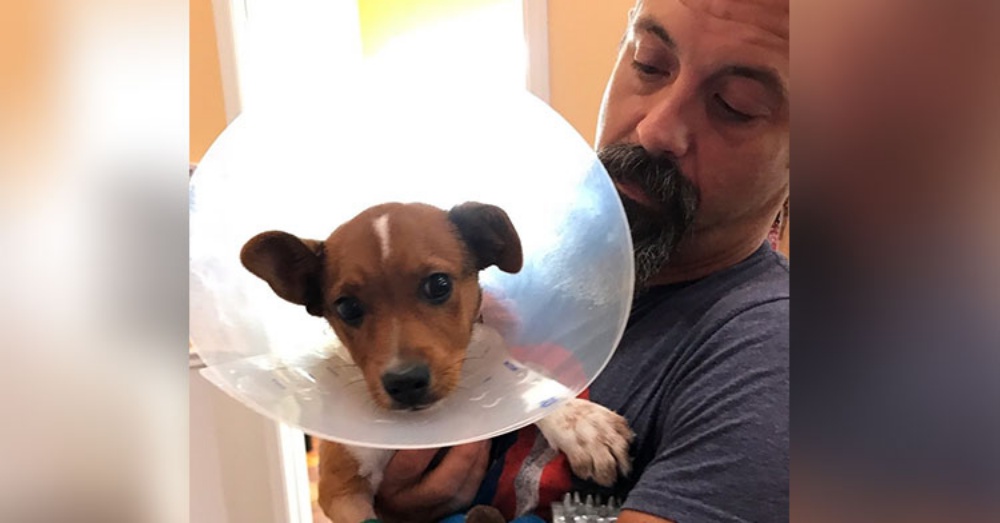 “Little Scooter had his stump removed last week, and now he’s going to a foster home!” the Humane Society wrote on Facebook. “Joshua, the foster, will be giving him physical therapy to develop his remaining back leg. Fingers crossed for you Scooter!”

Once Scooter had recuperated and it was time to find him a forever home Joshua didn’t hesitate to step up to the plate. “It’s impossible to not smile around him,” he said. “Everybody’s so happy to see him, then they notice he’s got 3 legs. He’s happy you were overjoyed to see him, don’t pity him!” 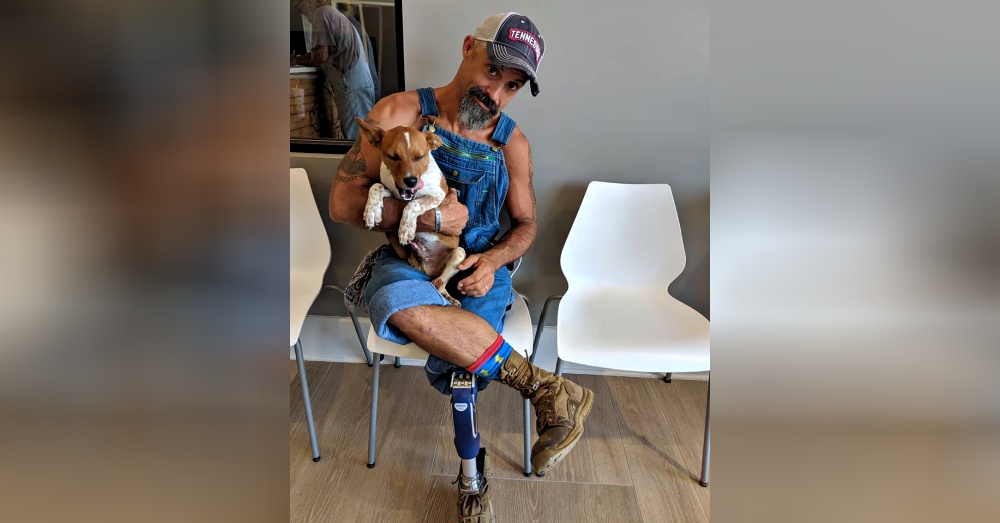 This truly looks like the start of a beautiful friendship! We’re so glad that Scooter found the perfect home, and it’s fantastic to see Joshua thriving and offering up so much love into the world after all he’s been through. We’re truly grateful for his service, and to the animal rescue workers who work ceaselessly to pair up new friends like these two.

U.S. Marine Reunites With Military Dog After Years Of Being Apart And Adopts Him: Click “Next” below!