Horses And Cows Rescued From Illegal Slaughterhouse – Just In Time

An illegal slaughterhouse located near a state prison in Florida was uncovered by South Florida Society for the Prevention of Cruelty to Animals (SFSPCA) and Miami-Dade Police Agricultural Patrol – just in time. A beautiful red steer was about to be butchered, but was saved instead.

The rescue team found other malnourished animals on the property that were facing the same grave outlook. Two horses, three cows, and a calf were taken to the SFSPCA ranch to recuperate. The red steer was found tied in a trailer without food or water. The horses were being fed old bread. One of the cows appeared to have suffered a broken neck that healed improperly. 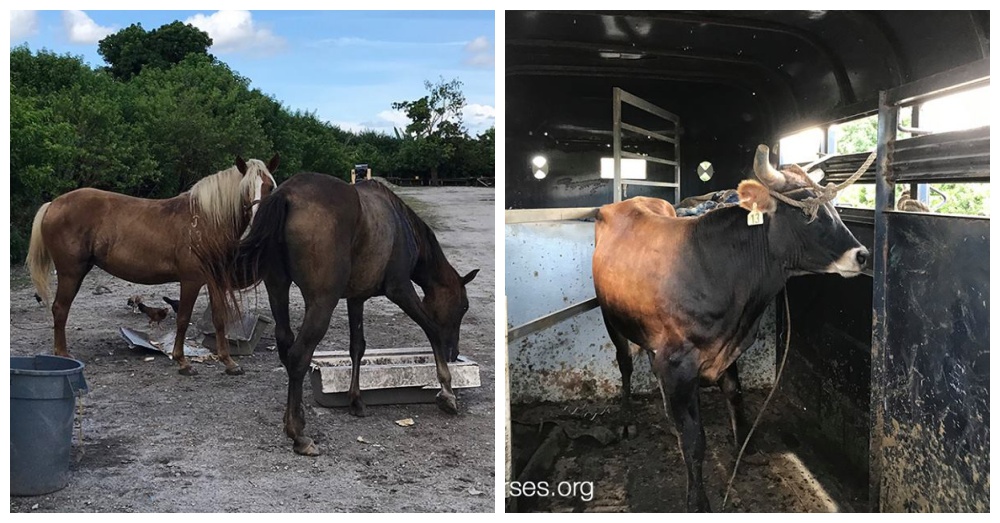 There were signs that this illegal operation had been running for awhile. “We walked to the back of the property. We could smell the rotting body parts long before you even saw it,” Laurie Waggoner, Director of Rescue Operations for the SFSPCA, told ABC Local 10 News. 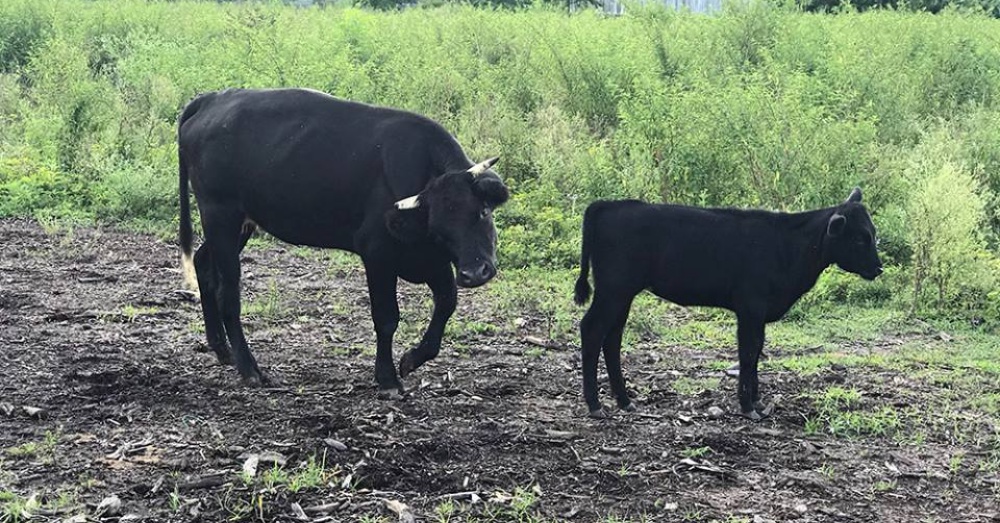 SFSPCA referred to the area where the Miami-Dade County slaughterhouse was located as “infamous.” Apparently, the same property had been investigated for illegal slaughterhouse operations. Dozens of dead animals were found on the property four years ago. 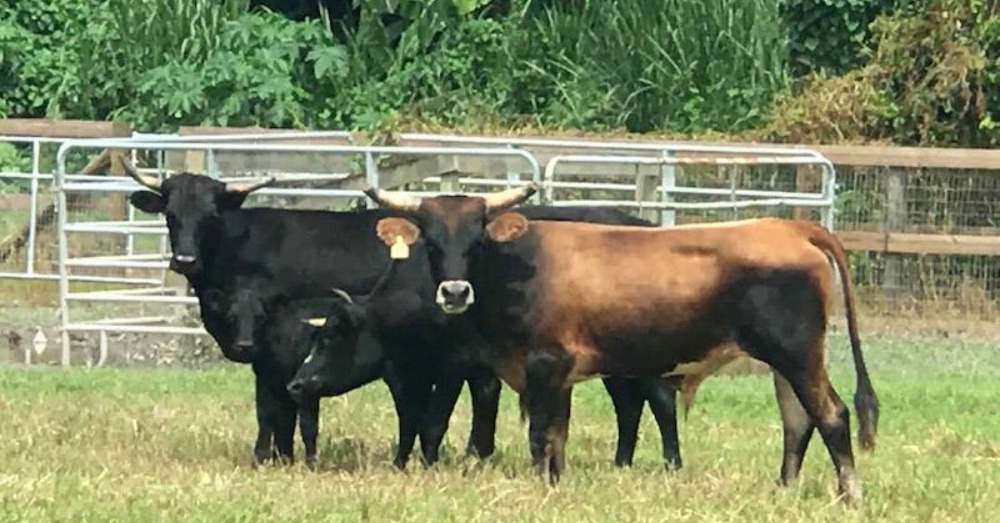 After all the animals were removed from the property, one person was taken into custody and charged.

The two horses were taken into quarantine and examined by a vet. Once the horses settled into their new home, they began to eat and drink “with enthusiasm” reported the rescue. The horses were named Little Dee and Godiva. They are enjoying their pasture and awaiting their forever home. 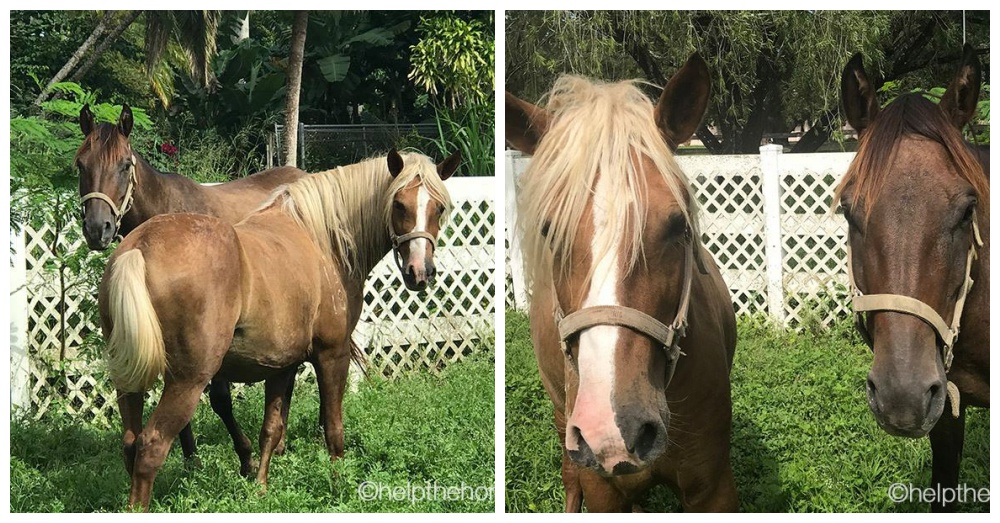 “The cows are enjoying the freedom to graze, roam & relax in our large pasture. Everyone is doing well.” The rescue team showed up at the perfect time to save these beautiful animals. “It’s definitely their lucky day.”