The Iditarod race is a grueling 1000-mile trek that forces dogs to pull a sled through dangerous terrain at an inhumane pace. On top of the intense pressure and stress from pulling, temperatures can fall to -100 degrees Fahrenheit with windchill.

The race is hard, and each year dogs lose their lives competing. Dogs dying in the race are so common that the official rules state death, “may be considered unpreventable.” So far since the first race in 1973, 150 reported dogs have died. This does not count the dogs that die before or after the race.

This year animal rights activist Fern Levitt, the director of the documentary ‘Sled Dogs,’ protested at the start of the race. 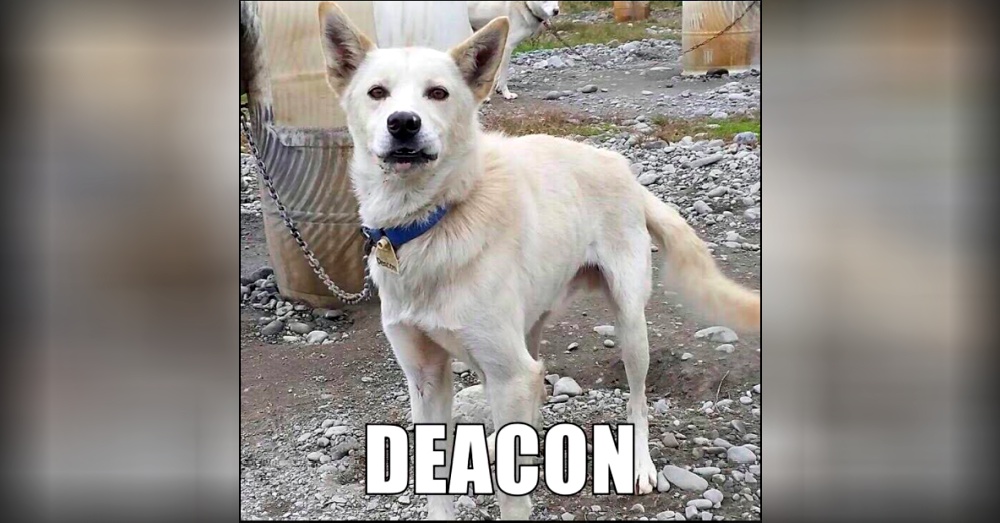 According to Top News, “During the race, they’re expected to run more than 1,000 miles in less than two weeks, and race rules mandate only 40 hours of rest over the entire span of the race. They’re prohibited from taking shelter during any part of the race, except for veterinary exams or treatment.”

Protesters held a mock funeral for the five dogs that died during the race last year. Their goal was to raise awareness of the cruelty that is inflicted on the dogs. Signs that read, “Pull Yourself” were displayed by protesters. The protesters want to see dogs removed from the Iditarod race completely. 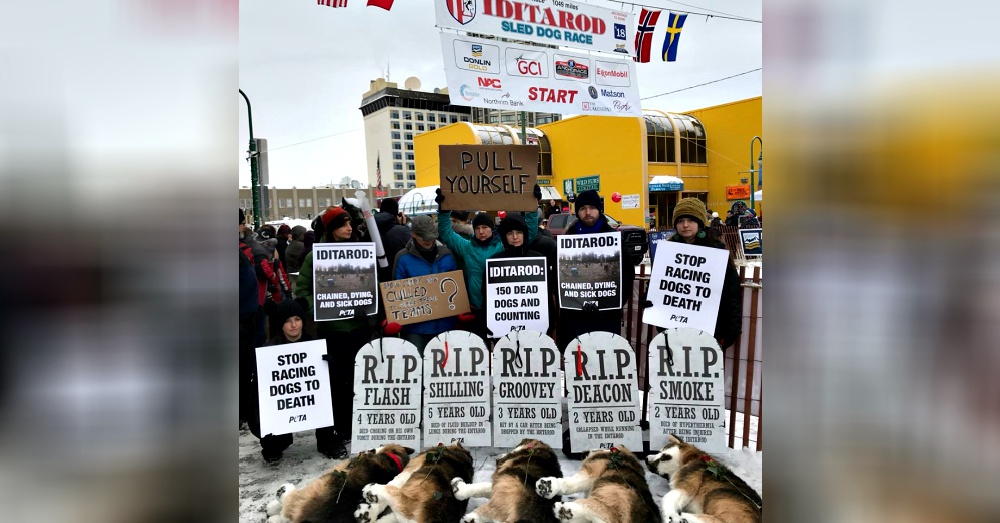 The idea for the documentary uncovering the dog-mushing industry came to Levitt after she heard about the culling of 100 sled dogs in Whistler. She wanted to find out what the industry was like. However, she did not like what she found. In addition to protesting, she showed her documentary for the first time in a theatre in Alaska.

Levitt states, “Dogs in many commercial dog sled companies are continually tethered to a chain and euthanized when they’re deemed no longer useful.” 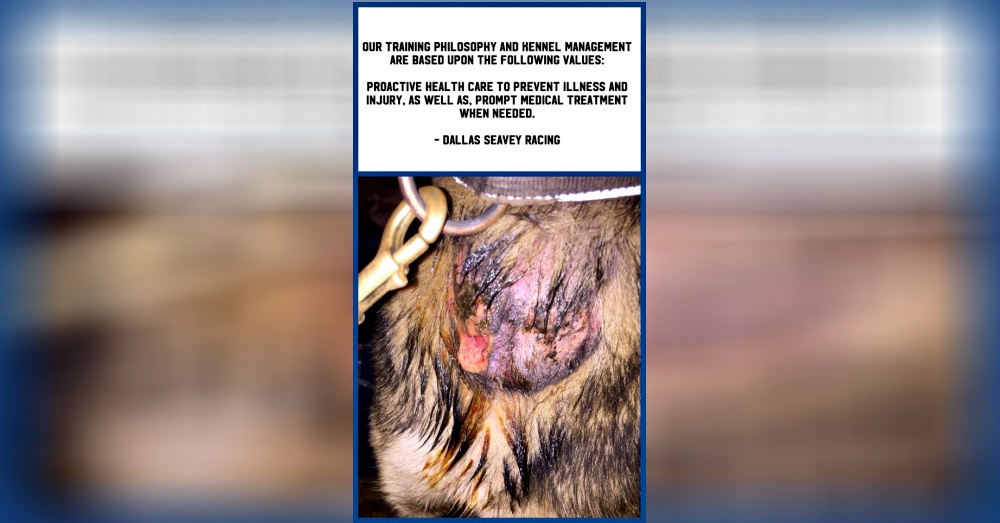 Last year a four-time Iditarod winner, Dallas Seavey, was involved in a dog-doping scandal. A whistleblower came forward to reveal his inhumane and cruel conditions at a Willow, Alaska, kennel.

The whistleblower made claims of severely injured dogs not receiving veterinary care, puppies dying, and cruel handling by the workers. The claims were backed up with photos and a video showing the abuse and neglect. Many of the dogs were in poor health with bloody diarrhea, open wounds on their necks, and vomiting. Handlers were said to pick up dogs by their necks and throw them to the ground if they were disobedient. 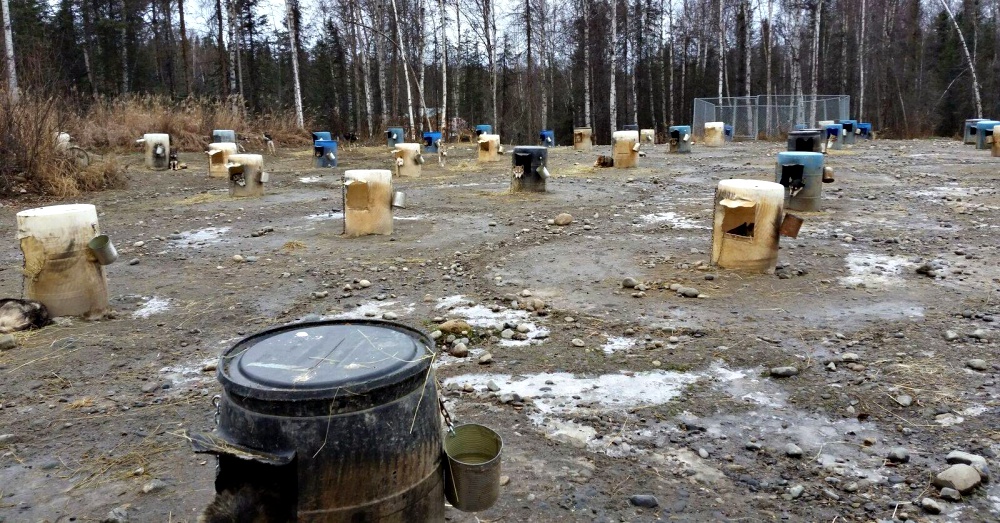 Ashley Keith worked 2 weeks for Mitch Seavey, father of Dallas, before quitting due to the inhumane conditions and treatment of the dogs. She tells The Dodo, “I wish I could’ve stayed to expose more of it. But even then, it’s technically impossible for there to be legal violations when the dogs aren’t even [legally] protected. They’re only seen as dogs and nothing else.” She was moved to start Humane Mushing, a practice of sled dog sports and sled dog husbandry wherein the welfare of the dog is placed above all else.

Sled dogs are generally kept in deplorable conditions with no interaction. Many of the dogs are sick and some freeze to death. Farms are constantly breeding, and only the “best” dogs that make the cut will compete in the race. This is not to their advantage, as they will possibly lose their life on the strenuous trek or from intense training. The others will remain shortly chained to a plastic barrel until they die or are killed. 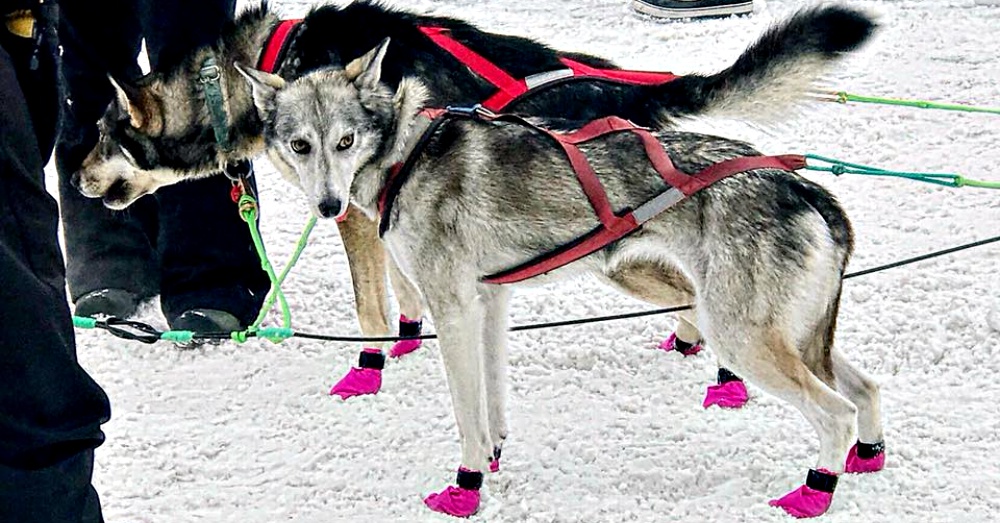 Alaskan resident and Iditarod racer Zoya DeNure looks at sled dogs differently. She was taught to view them as a friend and companion, which is not a common thought. DeNure told The Dodo, “People can go out into the woods and shoot their dog for whatever reason. Sometimes that might be injury, sometimes it’s because they’re too old to race. They’ll make remarks like, ‘This guy isn’t running so well, we’re gonna get rid of him,’ as if he’s a piece of furniture or a machine. And these people are lauded in the public eye.”

The poor innocent dogs are kept and treated like pieces of equipment, not man’s best friend. The problem is that it is totally legal. Sadly, chaining and culling are legal in Alaska. Sled dogs are viewed as livestock in Alaska, so animal welfare laws do not apply to them.

Watch the video below for a glimpse inside a sled dog kennel. You can see one dog is injured.

It is time for a change. Sled dogs need to have rights and laws to protect them. Sign and share the petition below to help improve their lives.