A recent incident at Baylor University has pushed animal abuse into the NCAA spotlight. Video of star football player Ishmael Zamora beating and kicking his dog while potty training him has surfaced on social media, and he faces disciplinary action from both the university and city of Waco, Texas.

One of Zamora’s teammates recorded the video and posted it to Snapchat, where former Baylor student Shelby Ball saw it, and took action.

“I went to authorities probably about two hours after I saw the video,” Ball told KXXV ABC25. “Dogs can’t speak for themselves. I felt like something needed to be done.”

Zamora claimed that he lost his temper while potty training the dog but has been charged with a Class C misdemeanor and a possible $500 fine. According to the Waco Police Department, the Baylor Athletic Department was aware of the incident soon after it was first posted, yet Zamora continues to play as wide receiver for Baylor’s football team.

Were it not for the actions of a compassionate individual, this, and countless other abused or neglected animals would not have a voice. It’s not always easy to spot. Sometimes the signs are as obvious as a video of a dog being whipped with a belt but often they are much more subtle. If you think an animal is being subject to cruel treatment or neglect, you should always contact animal control or local authorities first, but use this list of warning signs as your guide: 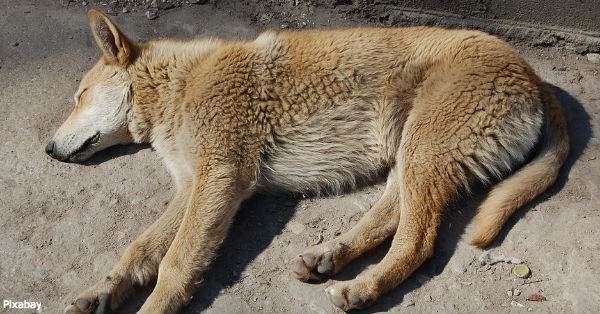 Visible signs of pain and struggling to walk or stand can be signs of animal abuse, but they shouldn’t be the only markers to rely on. The same symptoms may be present in elderly animals, those with degenerative diseases, or those undergoing medical treatment.

Open wounds that are not getting proper treatment, or multiple scars from previous injuries are more likely signs of abuse. Physical deterioration, skin diseases, mange, and excessive fleas and ticks can signal neglect if the dog is not a stray.