A fellow animal lover at Huskies in the Hatch has a few choice words for those who think a good dog is one that’s also perfectly obedient. Not everyone has it easy, especially when it comes to loving animals adopted from abusive pasts. More from this Canadian and her canine companions, as originally posted to her blog and Facebook page, below.

My dad lives in downtown Vancouver and he owns one of “those” dogs. You know, the kind you fear passing as a dog owner. The kind that looks like it’s about to snap at any moment and lunge out to try to bite your dog.

For our stories sake, it could be any number of breeds, all of whom have a bad rep, but just to make matters worse, she IS a pitbull… not just “kind of looks like a pitbull” and gets lumped in with them, is one.

Her name is Isla and she’s a rescue.

Now, there’s a million stories out there where pitbull are lovely, warm, affectionate pets who get along well with other dogs. This isn’t one of them. Isla hates dogs. And being that she’s a rescue, it’s impossible to know exactly where that came from. 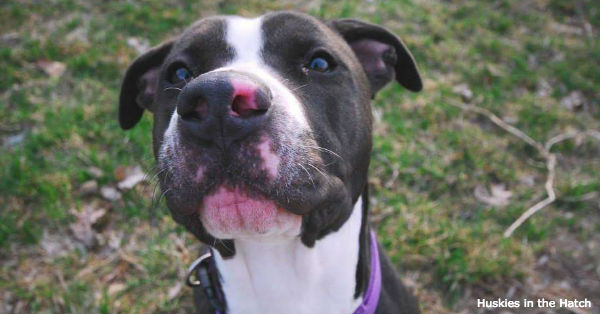 He’s gone above and beyond to rehabilitate her: he takes her to training twice a week, dog therapy, swimming therapy. He works hard, harder than most dog owners at putting measures in place to make sure she stays safe. That other dogs are safe FROM her.

She’s NEVER off leash, she’s always under control and he’s learned countless ways to shift negative behaviors and refocus her when she’s walked to avoid conflict.

And just so you don’t think we’re completely biased, we haven’t always been supportive of his bizarre decision to get a high maintenance dog at 55. We (his children) owned 6 dogs between us that all played well in a group without a lot of supervision, so the addition of this wildcard wasn’t a popular choice. She STILL can’t be around a lot of those dogs, which creates all sorts of challenging situations at family functions.

BUT, here’s the thing… meet this dog for 5 minutes and you know she really does deserve another chance, a real chance, a – pardon the pun – fighting chance.

And that’s what he’s fought to give her.

And then there’s you. 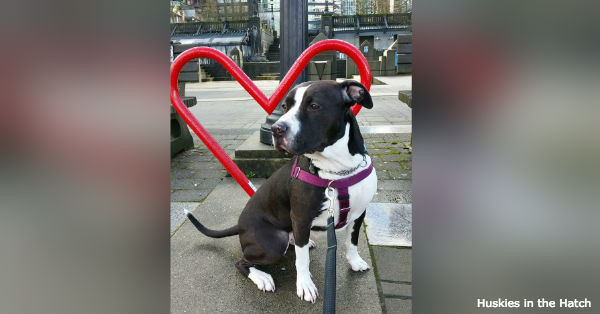 I get that you’re really proud of the fact that you got your dog as a puppy, trained it to “sit”, maybe even “stay”, and (loosely) “come” and now you feel like the dog whisperer reincarnate. You must consider yourself quite the success given ALL the obstacles you’ve had to overcome. And oh, what an animal lover.

But I just don’t GET you. I really don’t. If you really loved animals, your animal, the way you claim to by training them to “sort of” heel, you’d respect it enough to have it on leash. You’d respect my dad’s dog enough to not put it in a situation where IT might hurt your dog and be put to sleep.

Now, I’m not talking about dog-designated beaches, or off leash dog parks, my dad wouldn’t DREAM of taking Isla there (that’s ALL your domain), I’m talking about the downtown core, where tight sidewalks already demand a certain amount of respect for pedestrians and other dogs alike.

But, not you. There YOU are weaving your way through busy sidewalks with your dog several meters ahead of you, completely free to do as it will.

And to add insult to injury, when it approaches my dad and Isla and he asks you to get your dog under control, you try to justify your position and then pick a fight with him.

MY DAD?! The only person who is actually concerned about your dogs safety at the moment?

YOU and the so many people LIKE you are the reason that dogs get put to sleep. And you’re not in short supply.

That comment, the absolution and stupidity of it makes me want to slap people. I own three dogs who DO like other dogs, and when someone yells that at me while their dog charges at mine who are on leash, I seriously question whether they should own pets.

Con-grat-u-f$&#-ing-lations. You sort of respect animals…

…just not enough to respect the fact that not all had great upbringings and socialization and that you’re putting both yours and theirs at risk by wanting to prove what a hero you are.

“Why is it my fault that you can’t control your dog?!” 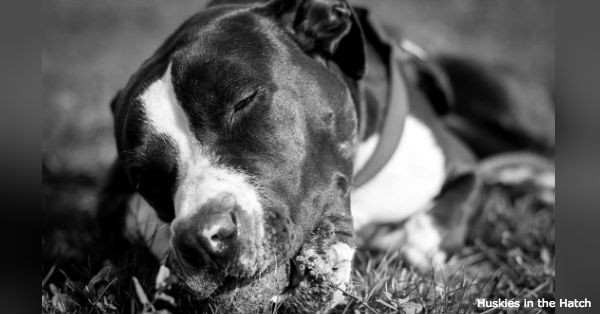 So what you’re saying is that all dogs that show any kind of adverse behavior should be rounded up and put to sleep?! They shouldn’t be allowed to walk down a street or path, where the rules are that dogs be ON leash without having you break the rules and claim it’s their fault?!

I can’t believe that all the dog lovers out there actually think that way, especially when they plaster their Facebook with all the sad cases of the dogs the want your help to find homes for.

My dad TOOK one of those dogs. And he fights for her daily.

So I’ll just say this…

I’ll never meet you Cesar, but to all the people LIKE you, who go home with tales of the obnoxious dogs that tried to hurt their babies who were “off leash minding their own business,” you are NOT the good guys.

And to all the people like my dad, who are just trying to give dogs like Isla a second chance…

I know it’s a struggle, but it’s worth it.

(This goes without saying, but the reverse of this scenario is also true. Aggressive dogs should ALWAYS be leashed.)

Thanks, Huskies in the Hatch! We wish you the best in all your future travels!