Hope For Paws, an animal rescue organization, received a call about a scared, injured dog who was living on the property of a factory.

A worker at the factory told Hope For Paws that the poor dog had been attacked by other dogs in the area and was absolutely defenseless. 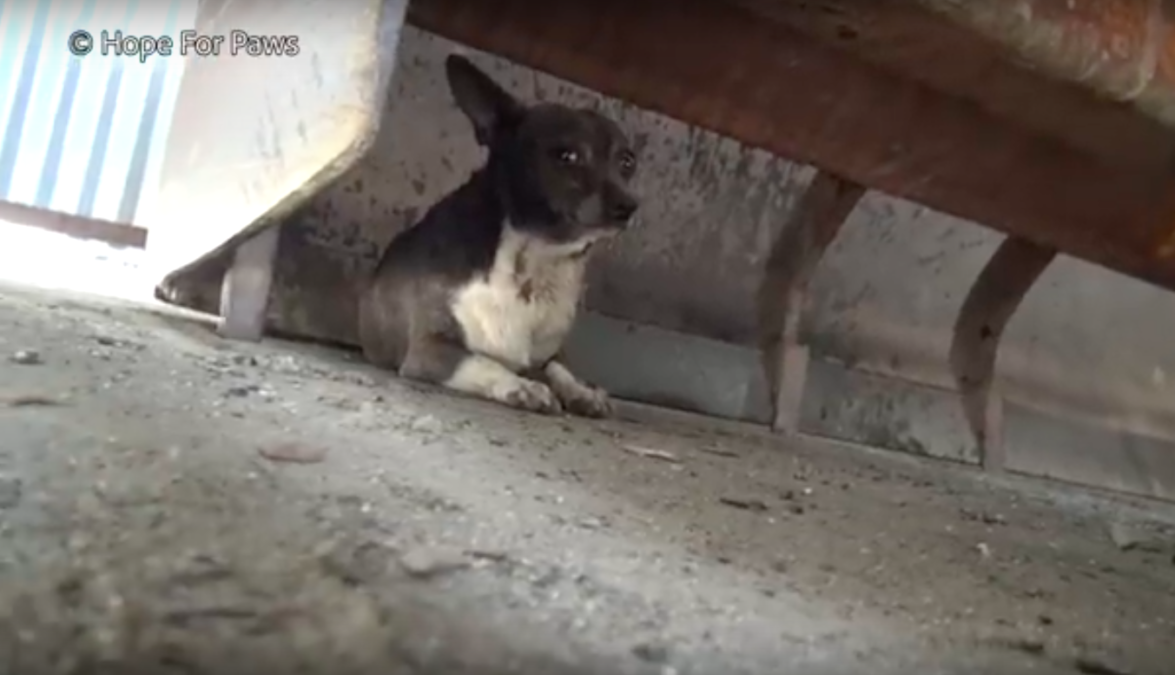 One of the rescuers, Lisa Arturo, went to the scene to find the scared little dog. She found her hiding behind a railing and bushes. As she got closer, the dog ran away, so Lisa followed her. 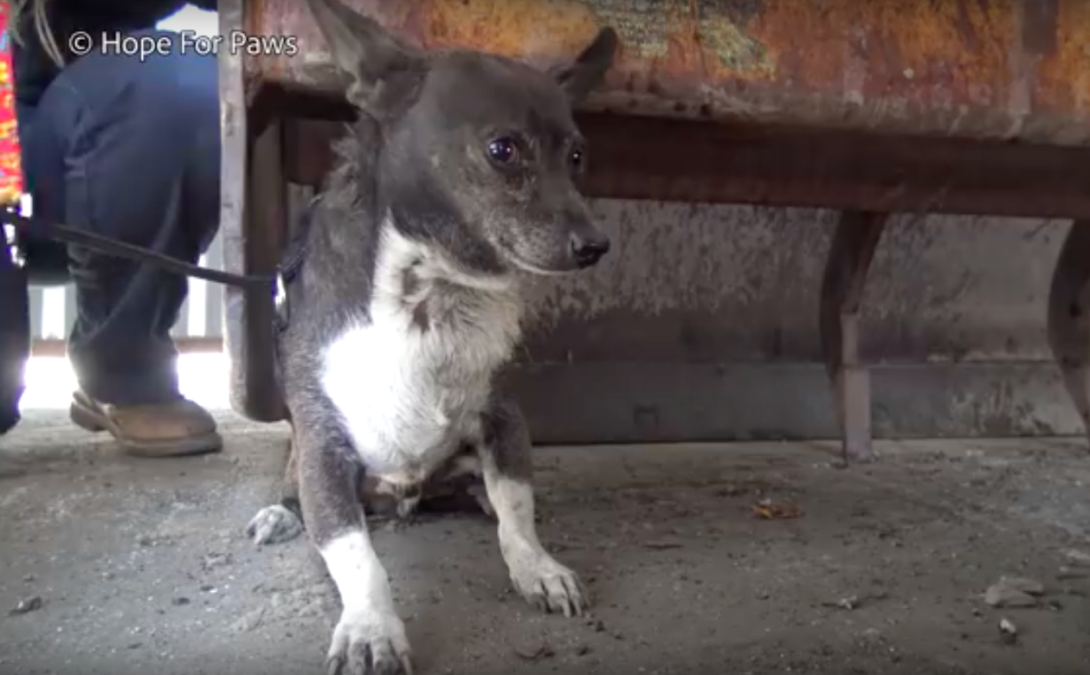 This time, he was hiding under the claw of the bulldozer. Although she kept backing away, Lisa was finally able to get the snare around him. They then placed the leash around him, but he was so terrified that he yelped. She was then able to pick him up and bring him to her car. They named this scared little pup, “Hugo.” 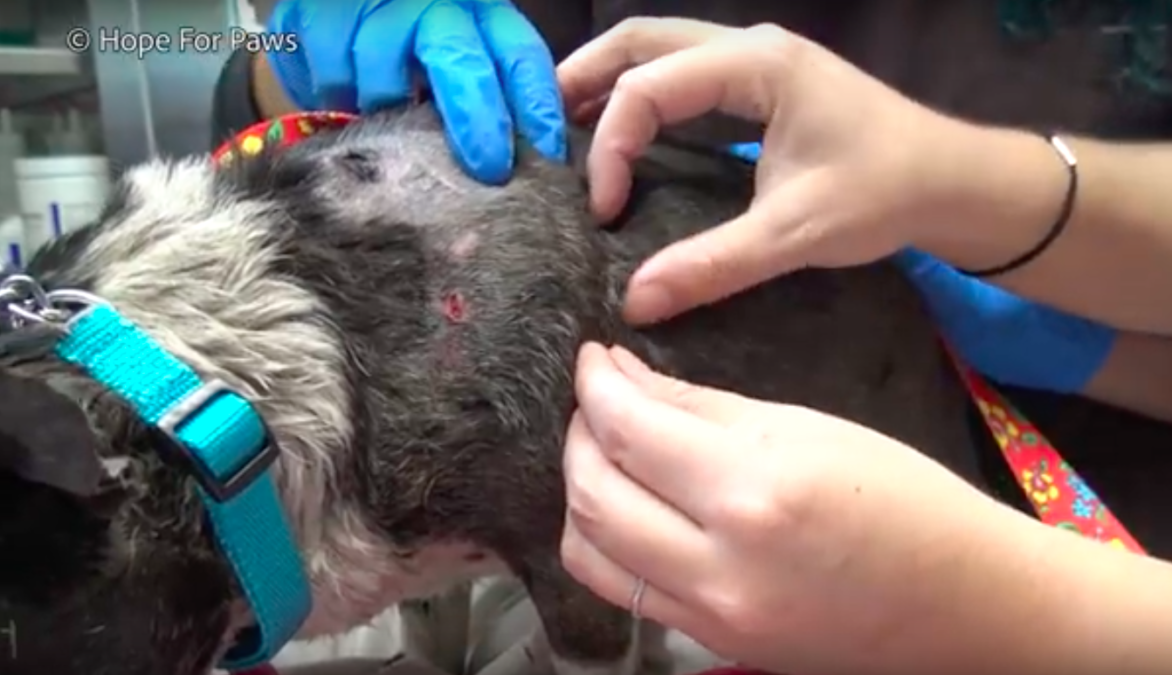 They immediately brought him to the vet to get his wounds examined. Unfortunately, Hugo’s wounds were very deep and infected. They were so bad that vets had to operate on him and put in drains to clear the infection. Although Hugo was afraid, he was very cooperative and is one tough little pup! 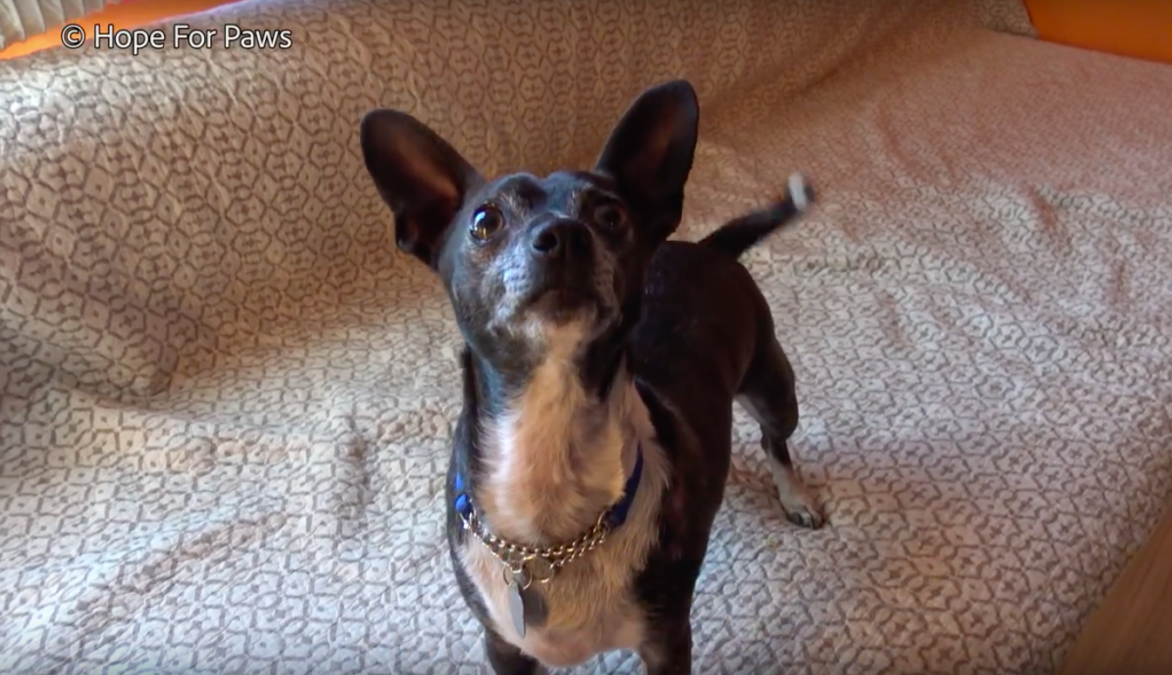 The more time Hugo spent with his rescuers and the vet staff, the less afraid he became. He finally understood that these people were there to help him, not hurt him. And this was probably the first time he was feeling affection and love in his life.

Hugo is now fully recovered and is enjoying his new life in foster care. If you’d like to adopt sweet Hugo, contact www.Doggies911Rescue.org.