At a purported shelter.

Over 160 dogs and cats were found in deplorable conditions and were suffering from extreme neglect. Among the surviving animals, some were emaciated and enduring a wide range of medical problems including, according to HSUS, “untreated wounds, flea and tick infestations, severe eye and ear infections, and mange.” One dog was missing an eye. Another had a broken leg. 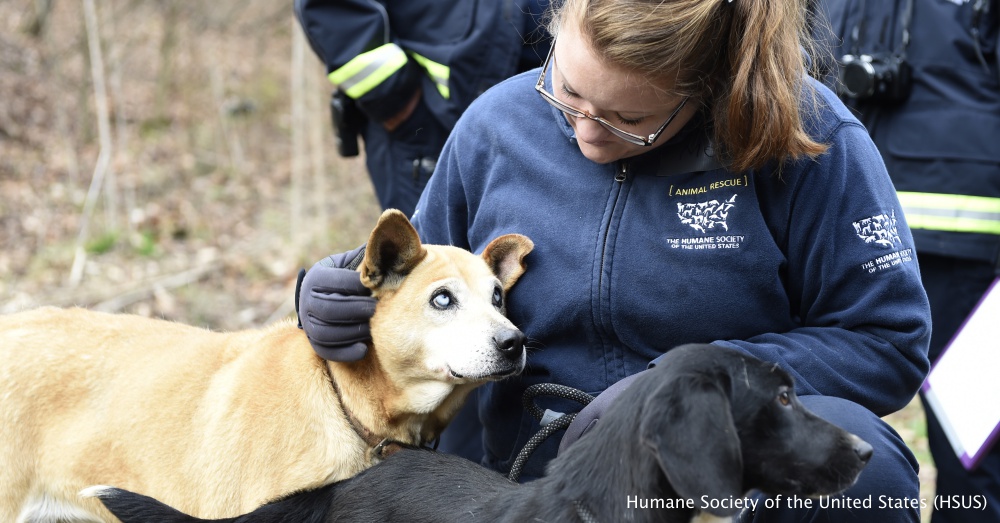 Despite the clear and obvious neglect, the animals welcomed HSUS rescuers with many wags and kisses.
To date, all of the animals have been removed from their nightmarish situation and relocated to a temporary shelter where they will be given food, shelter, and medical care.

The Adams County Commissioners, in a joint statement, said: “Animals shouldn't have to suffer in such conditions, and we are glad that these dogs and cats will have the chance at a fresh start. We are thankful for the help of the local and national groups involved in this case.”

The Animal Rescue Site in partnership with GreaterGood.org and Recue Bank are some of the many groups involved in helping HSUS care for the rescued dogs and cats. You can play an important part in giving these animals the second chance they deserve by donating to our emergency Gift That Gives More set up for the Adams County rescue.

Many of these pets are on the brink of death. Vets and volunteers are on the scene, but the costs of medical supplies, food and shelter are enormous.
Your donation during this critical time literally saves lives!
Help Now