Found Alone, Starving and Covered In Mange, This Abandoned Dog Finally Has Reason To Hope

Forgotten Dogs of the 5th Ward is a volunteer-led animal rescue group driven solely by their determination to rescue forgotten dogs living in Houston’s fifth ward. The group was founded in response to Houston’s overwhelming number of strays, many of which find themselves suddenly abandoned by their owners.

That’s what happened to Jonah, a 2-3 year old German shepherd that rescuers found outside one night, covered in mange. The dog was clearly starving, but also obedient and potty-trained, which led rescuers to believe that he used to be somebody’s pet. “There’s no room at the inn,” one volunteer says to another, noting that she still can’t leave this one behind. 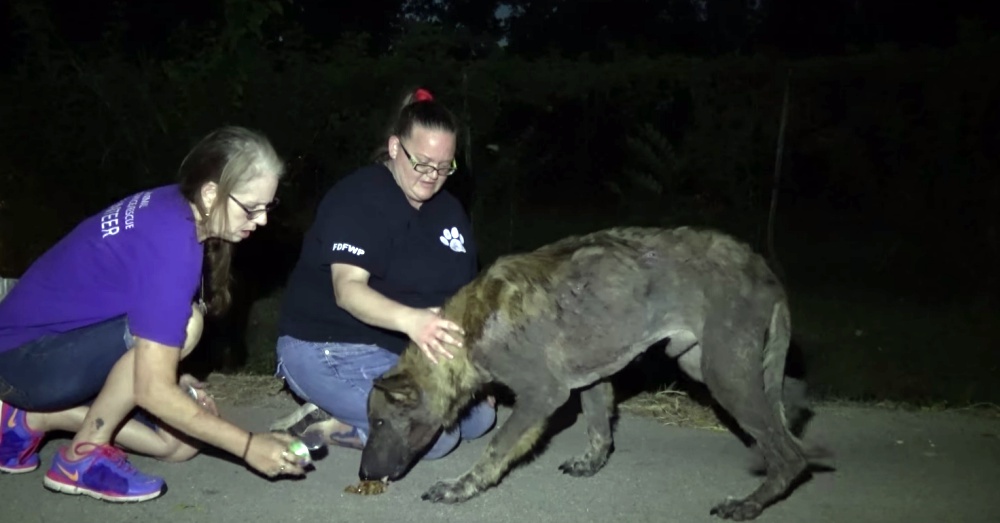 The dog is in terrible shape, so – after giving him some food – the women cover the dog with a sheet in order to get him into the car. (Mange is essentially canine scabies and can be contagious). He promptly falls asleep with his head on his rescuers lap, clearly relieved that his long ordeal is over, while the rescuers post to Facebook in search of a breed-specific rescue. 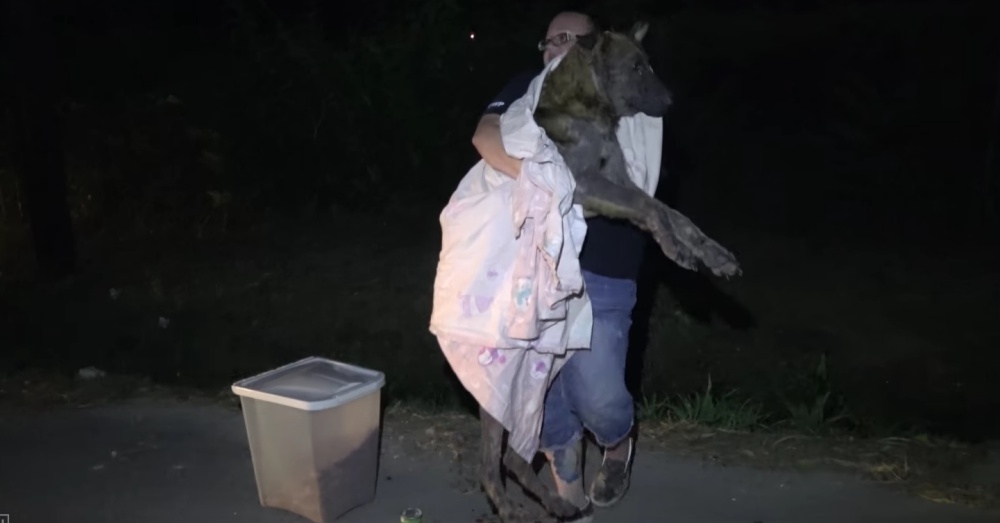 Jonah’s rescuer-turned-foster mother later describes his slow road to recovery, which has involved an immediate dip in mange medicine, deworming, multi-vitamins and small doses of a special recovery diet delivered seven times per day. Like many big dogs, German shepherds have a delicate digestive system with intestines that can become easily twisted; small meals reduce the risk of bloating. The dog’s fur is still patchy and covered in scores, but regular treatments can hopefully repair the damage before he goes to a breed-specific shelter in a few weeks. 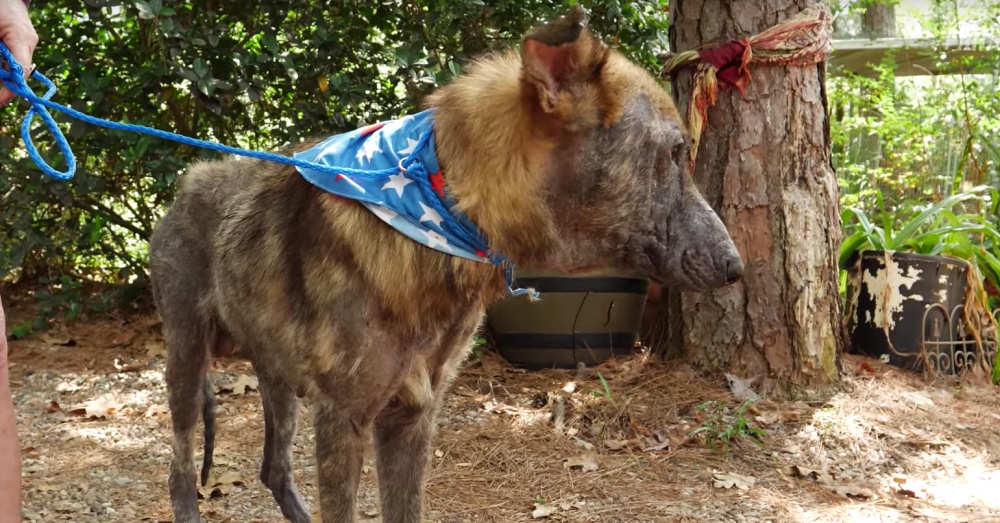 Jonah’s foster mother can tell the German Shephard used to be somebody’s pet – the dog still waits patiently to be let outside and remains quite friendly, considering everything he’s been through. Unfortunately, despite being such a good boy, the humans in his life – up to this point – had absolutely failed him. Thankfully, these volunteers are helping animals like Jonah get a second chance at the life they deserve.

Watch this video of Jonah’s rescue!

Click ‘Next’ to read about more inspiring german shepherds!