Lauren Gauthier, from Amherst, New York, has her one-eyed rescue hound, Victoria, to thank for saving her life.

Hounds are known for their phenomenal sense of smell. Victoria was constantly smelling Gauthier’s nose on the right side. Gauthier had noticed a red bump but did not think anything of it until Victoria took an interest in it.

Because her hound was so obsessed with the red bump, she went into the doctor to have it examined. And it was a good thing she did; the bump was basal cell carcinoma, a type of skin cancer. 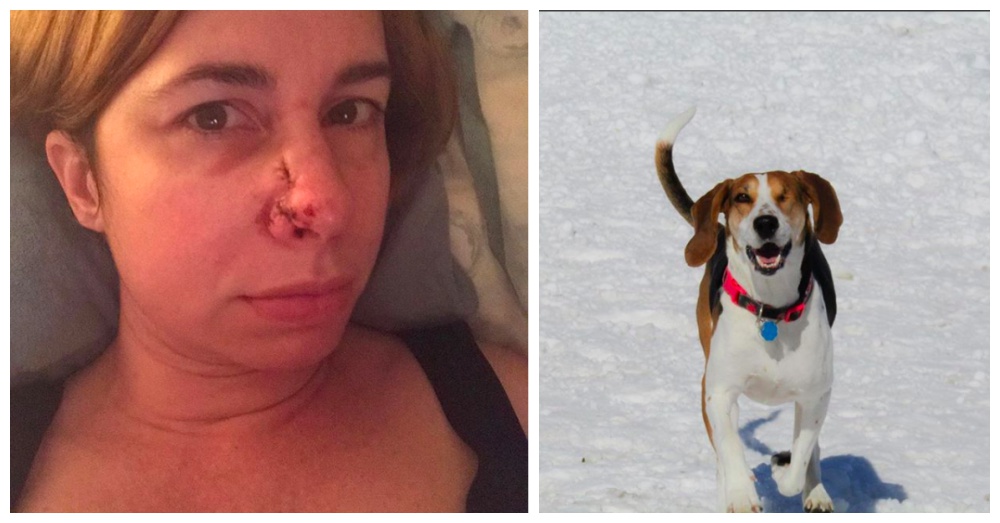 Gauthier tells Sweet Buffalo 716, “It really is amazing that my dog was so persistent in sniffing the area that was skin cancer. The surgery itself has changed my face, and if my dog had not picked up on it, I may have ignored the spot, which could have risked further disfigurement. Hounds have a keen sense of smell, but I never thought that I would personally benefit from it!” 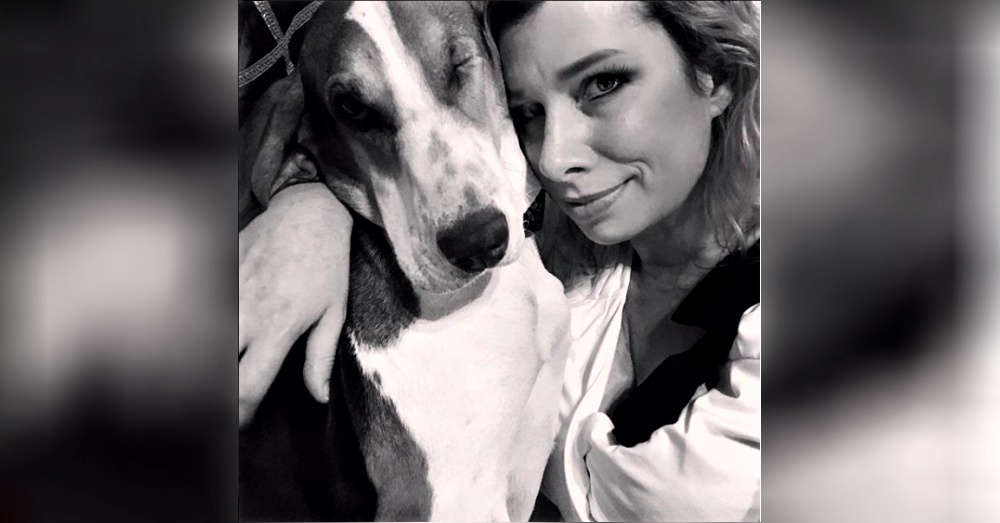 Victoria returned the favor of saving her mother’s life after she was saved from a shelter in Kentucky. Hounds have always held a special place in Gauthier’s heart, and she tells Love What Matters, “What is particularly rewarding is that I adopted her through the rescue that I founded (Magic’s Mission Beagle & Hound Rescue, Inc.) and devote much of my life to saving hounds who have been abused or neglected. It seems Victoria and her keen skills are the way that the hounds decided to give back to me.” 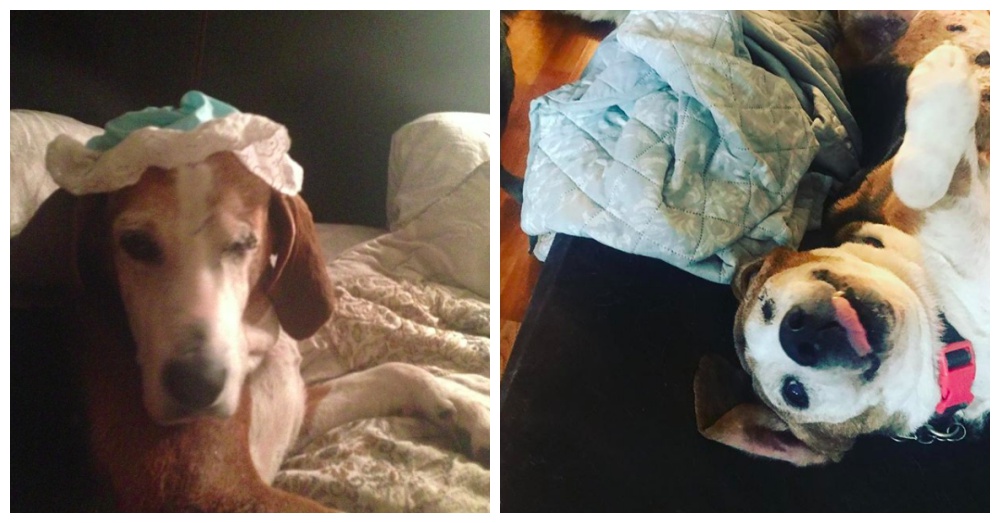 Although the surgery to remove the bump has changed the look of her nose, Gauthier is happy that the cancer did not spread. She posted her story and recovery on social media. She is hoping to raise awareness and warn others to avoid tanning beds, which can cause skin cancer. She believes that is where she got it. 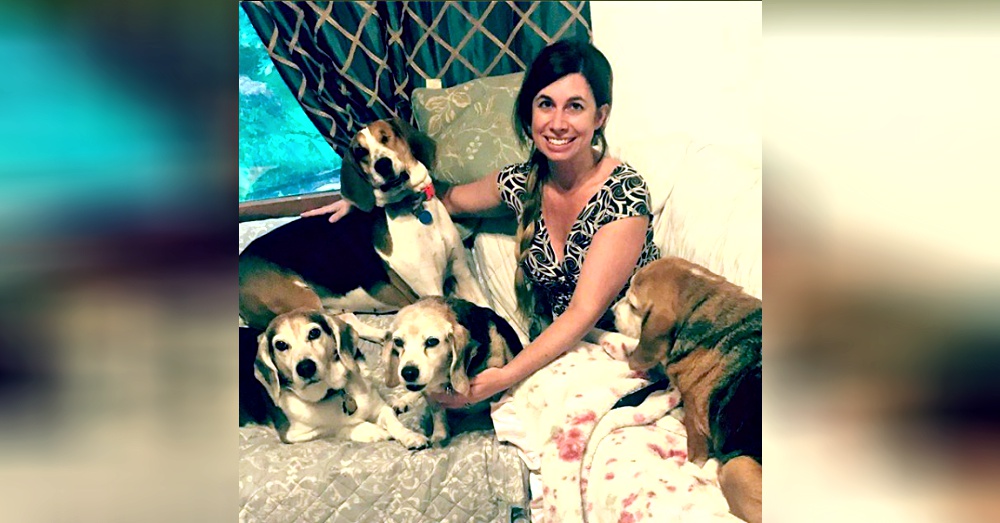 “My advice for teenagers and others considering tanning bed use is – don’t. There are many other options available, like spray tans, to help improve cosmetic appearance. The cost and the damage you do to your skin is way too high, and even though growing older seems a world away, once you are older, you will pay a price for tans and tanning beds,” states Gauthier.

Dogs are great at cheering us up and snuggling on the couch after a long day. Now, we can add cancer detector to the list.

Click ‘next’ to read another story about a dog who saved his owner’s life.