Mirror, mirror, on the wall, who’s the smartest of them all?

A horse, of course.

Ok, I may be a little biased, but a recent study found that horses can recognize themselves in a mirror, which is a measure of self-awareness.

The mirror test or Mirror self-recognition (MSR) test was developed by Gordon Gallup Jr in 1970. Humans and great apes were the first to take the test for “awareness of self”, and passed. Over the years, the test have been performed on non-primate species with some passing and some failing.

MSR skills of horses were put to the test using the standard four phases, which involved visible body marks and a mirror. The horse were tested individually. Each horse was led into the area by a handler but then released to explore on their own.

Remote control cameras recorded the horses and their reactions.

Fourteen horses, not trained for the exercise, were first presented with a covered (phase 1) and open mirror (phase 2). 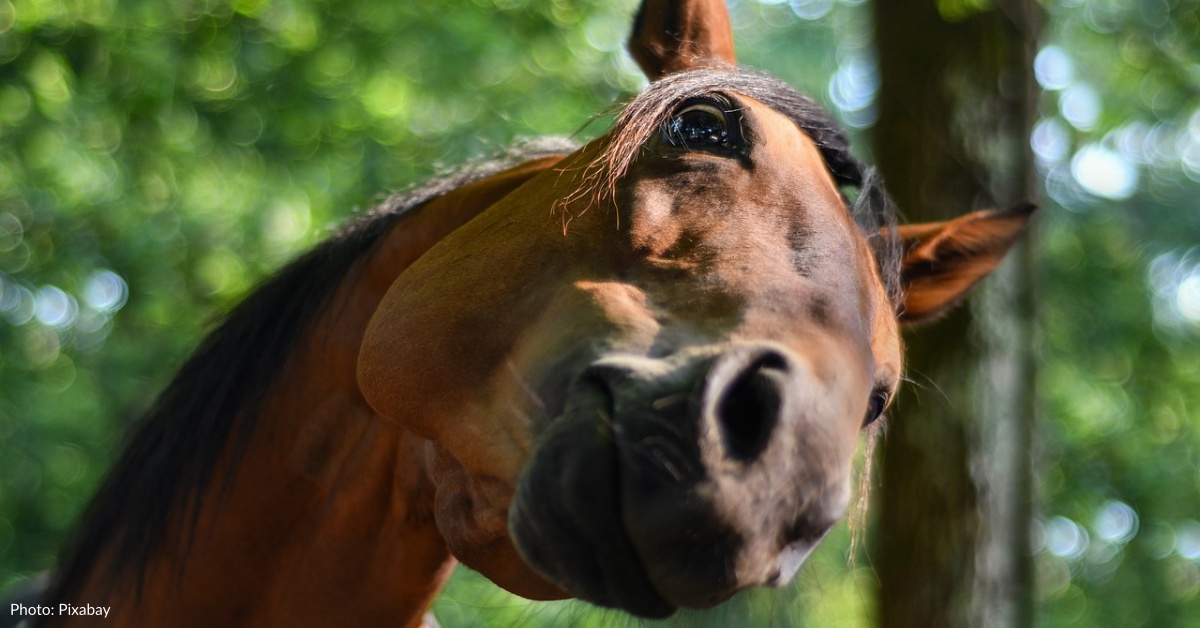 Researchers at the University of Pisa noted that the horses were curious about the open mirror, the one facing them and allowing them to see their reflection.

Each horse was then marked with invisible body marks (phase 3) and placed back in front of the mirror to make sure the horse’s reaction was not based on touch or scent.

The final phase involved the horse being marked on both cheeks with “yellow or blue odorless, hypoallergenic finger paint” that was mixed with ultrasound water gel.

Watch videos from the study by clicking here.

Researchers observed and recorded the horse’s reactions to each phase.

“After engaging in a series of contingency behaviors (looking behind the mirror, peek-a-boo, head and tongue movements), our horses used the mirror surface to guide their movements towards their colored cheeks, thus showing that they can recognize themselves in a mirror,” concluded researchers.

Just as you would expect, three horses responded either with fear or aggression toward their reflection. The final results were based on eleven horses that all responded in a similar way, proving the presence of MSR in horses.

Other Animals That Have Passed The Mirror Test

Science Daily reports that gorillas have not passed the test, nor have dogs. “Human children tend to fail this test until they are at least 1.5 to 2 years old. Dogs and 1 year old children, for example, usually react to a mirror in fear or curiosity, or simply ignore it, while birds often attack their own reflections.”

One explanation why dogs fail the test is because they rely more on their nose than their eyes, and some argue they still possess self-awareness.

This study proves what horse owners have known to be true all along – horses are intelligent animals.