The best kind of snow is the freshly fallen, light, soft and fluffy kind. As a kid, I always hoped the snow outside would be like that when I went outside. It was always fun to make snow angels in and to just throw around. It’s also beautiful to look at! These horses are introduced to that exact kind of snow, and they have a BLAST playing in it!! 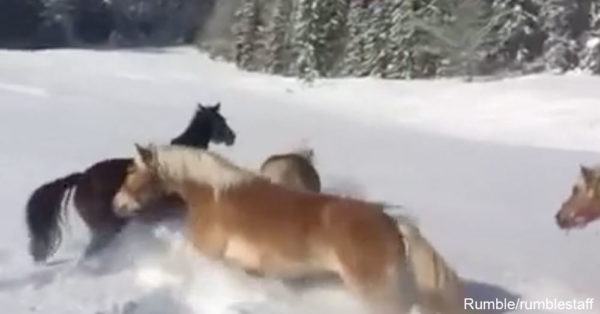 They’re let outside and they all go running into the winter wonderland before them. The snow is so deep that it’s up to their stomachs in some parts! But you can tell how happy it makes them. They run around together, gallop and make cute sounds. The best part is when some of the horses get on their side and start rolling around in it! It’s so adorable!