In the 1930s, Mark Harrington, a dedicated archaeologist, and his team of researchers uncovered animal bones in a gypsum cave in Las Vegas. The bones were preserved in such pristine condition that they were mis-identified. What he found would be mislabeled and filed away for almost 90 years before it was properly identified. An extinct genus that was undiscovered until now.

The most complete and best preserved ancient horse skull was found back in that 1930s expedition. However, it was labeled as a modern species and filed at the Natural History Museum of Los Angeles County. Vertebrate paleontologist Eric Scott helped discover the mistake. He specializes in horse and bison fossils. According to Las Vegas Review Journal Scott states, “The skull didn’t look particularly old or particularly ancient.” He goes on to say, “Someone had even written in pencil across the top of the skull: ‘modern sample, wild horse or burro.'” 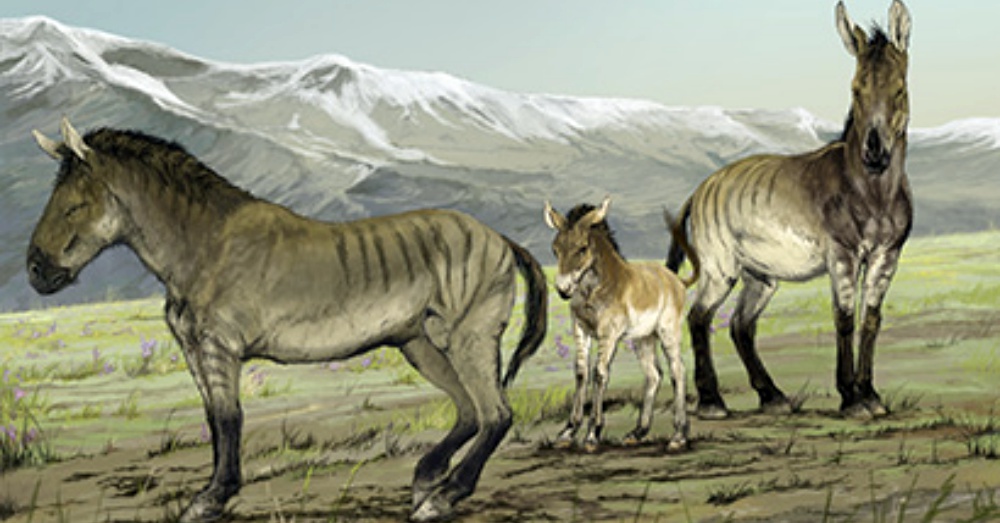 An international research team published the findings of the new genus of horse in the journal eLife. Through DNA testing on the ancient skull, they discovered it was 13,000 years old and was a “New World stilt-legged horse.”

Beth Shapiro, the study’s senior author states, “The evolutionary distance between the extinct stilt-legged horses and all living horses took us by surprise, but it presented us with an exciting opportunity to name a new genus of horse.” Together they chose to name the new genus Haringtonhippus francisci. It was named after Richard Harington, a paleontologist who first mentioned the stilt-legged horse in the 1970s and spent his career studying ice age fossils.

Scott says, “If the DNA is telling you one thing and the bones are telling you something else, you go with the DNA.”

This thin-legged horse roamed North America during the ice ages and is now properly identified. Thank goodness for the advances in science that allow testing on fossils. Who knows what we will find next.