Beatrice, a 16-year-old 2,000-pound shire horse was found down in her stall one morning from colic, a severe stomach pain. Her owners, Donald MacIntyre and wife Jane Lipington, knew they had to get her on her feet or she would die.

The longer she was down, the more stress it would put on her body and organs, leading eventually to organ failure and death. The owners, along with four farm workers, tried repeatedly to get the mare to her feet. They even tied a strap around her and attached it to a tractor to try and assist in getting her to her feet. Unfortunately, she was too heavy for the tractor.

After 6 hours of trying, the owners were making preparations to have the horse euthanized, as her heart rate and blood pressure were on the rise and reaching dangerous levels. The stress of not being able to get up was taking its toll on her body.

A deadline was set that if the horse did not get up in 20 minutes, they would euthanize her. Lipington let out Beatrice’s companion stallion, 11-year-old Beau. Instead of heading for the pasture, he headed straight for Beatrice. He peered over the stall and lowered his head to hers. According to the Telegraph, “he began repeatedly biting Beatrice’s neck and lifting [her] head up.” 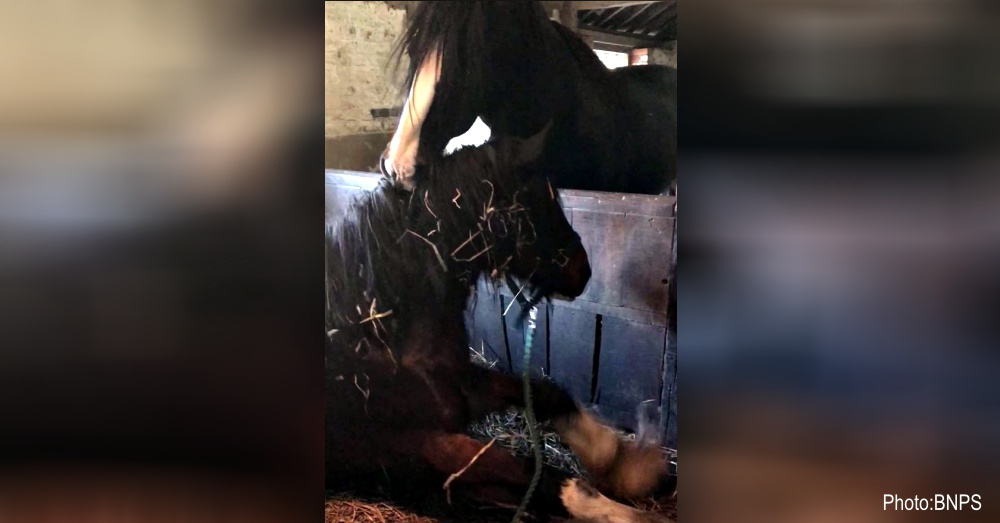 With Beau’s determination and encouragement, Beatrice rolls over and stands up. Now that is what love looks like! Beatrice and Beau have been mates for 10 years, and their loved pulled through. The vet and owners could not believe what they were seeing. Lipington says, “It is absolutely astonishing. We were prepared to lose her and had arranged for her to be put down, but Beau knew what to do.”

“We all watched with amazement. He lifted her so that her chest and legs came up off the ground. With a little encouragement from us, she got shakily to her feet, and we quickly walked her out into the yard, trying to stop her falling down.”


She goes on to say, “We are used to seeing extraordinary interactions between the horses, but we have never witnessed a horse saving another’s life. Beau achieved what six hours of human endeavor with straps and machinery had failed to—he managed to lift Beatrice up off the floor, which has allowed her to live on.” Beatrice has since made a full recovery.

The video shows the moving effort of Beau to save his friend. Watch the amazing revival below or by clicking here.

These horses need your help. You can help end abuse of horses in Havasupai Region of the Grand Canyon by clicking and signing below. 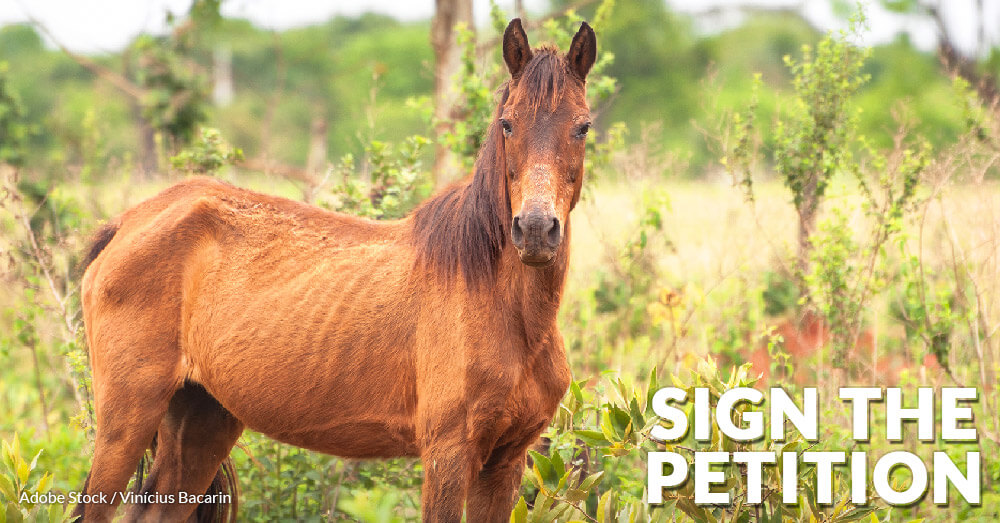