The only things more hopeful than the hundreds lined up to adopt one of the many bulldogs rescued from a hoarding situation in Denver recently were undoubtedly the dogs themselves.

The canines have been through more than any animal should have to bear, which is why they were surrendered to police officers in July, as previously reported on the Animal Rescue Site. Previous owner Marleeen Puzak was charged with 12 felony counts of aggravated cruelty to animals and 35 counts of misdemeanor cruelty to animals for keeping 35 dogs in her southwest Denver home. Puzak’s home was so unsanitary when officers arrived, 9news reports, that they had to put on special protective gear to investigate the premises. 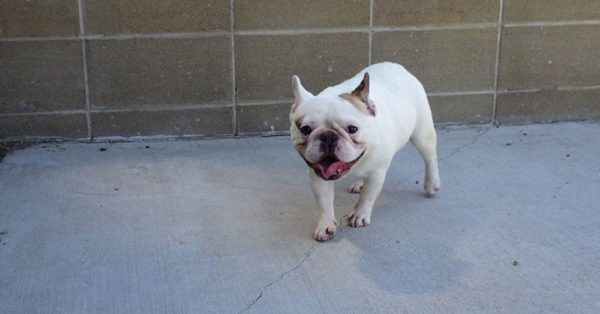 24 French bulldogs between one and seven years old were taken from Puzak’s home, along with an English bulldog, three Boston terriers, and, sadly, the bodies of two dogs that the woman had kept in a freezer.

Once temporary residents of the Denver Animal Shelter, more than a dozen of the French bulldogs were adopted in a matter of hours on August 26, as hundreds lined up to gladly pay the $400 adoption fee required give one of the precious pups a loving forever home. The event was so popular that the shelter placed a special notice on its website asking potential pet parents to line up no earlier than 8 a.m. on the day. 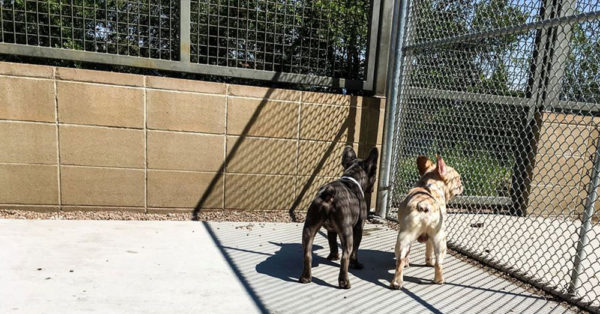 “Come by the shelter this Saturday for your chance to adopt a rescued Frenchie!,” the shelter posted to Facebook on August 22. “While many questions have been raised as to how these French bulldogs came to the shelter, shelter staff cannot speak to every question, as this special investigation is ongoing. Many of the animals were in dire need of proper medical care, and shelter staff members have worked very hard to heal these animals inside and out.” 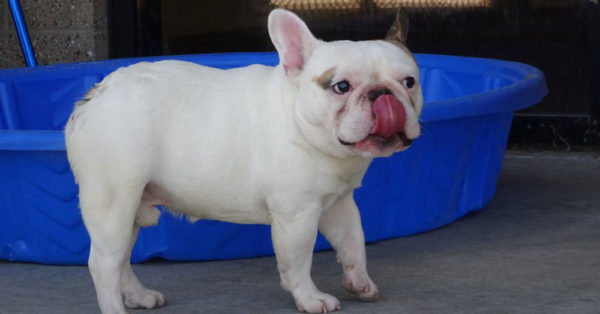 CBS reports that 15 of the dogs from the investigation were adopted, including 13 French bulldogs, the English bulldog, and a Boston terrier, while the others are still being held.

For the dogs that found homes that sunny Saturday in Denver, the next chapter in their lives will be much brighter. 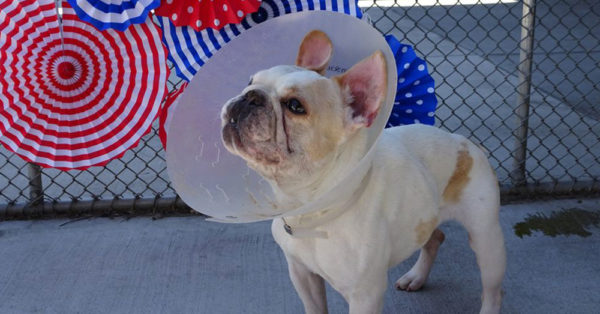 Life is also much brighter for a cat named Sriracha after making a best friend in the form of a tiny pink pig named Batman! Sriracha suffers from seizures, but Batman is always there to help. Click the button below to see more of this dynamic duo!