Astro, a one-year-old rescue pit bull, is being hailed a hero after saving his owner’s life.

The incident took place last week when Astro’s owner suffered a medical emergency and needed help. The intelligent dog alerted a passerby who followed him and called for help.

“The 911 caller reported that a dog led him to the patient in need. This, of course, got a lot of attention. And the crews did confirm when they found the patient, there was a dog protecting his owner,” El Paso Fire Department spokesman Enrique Duenas-Aguilar told El Paso Times. “We know the dog was even trying to climb into the ambulance.”

The department first called the dog Cosmo, but after talking to the family realized the dog’s name was Astro.

They praised the loyal pup and wrote, “Thanks to this, Pumper 15 and Rescue 31 were able to assist and transport the patient, saving his life. Who’s the goodest boy of them all?”

The owner’s name has not been released, but his mother, Bertha Martinez, said the family rescued the pit bull from the streets when he was just a pup. 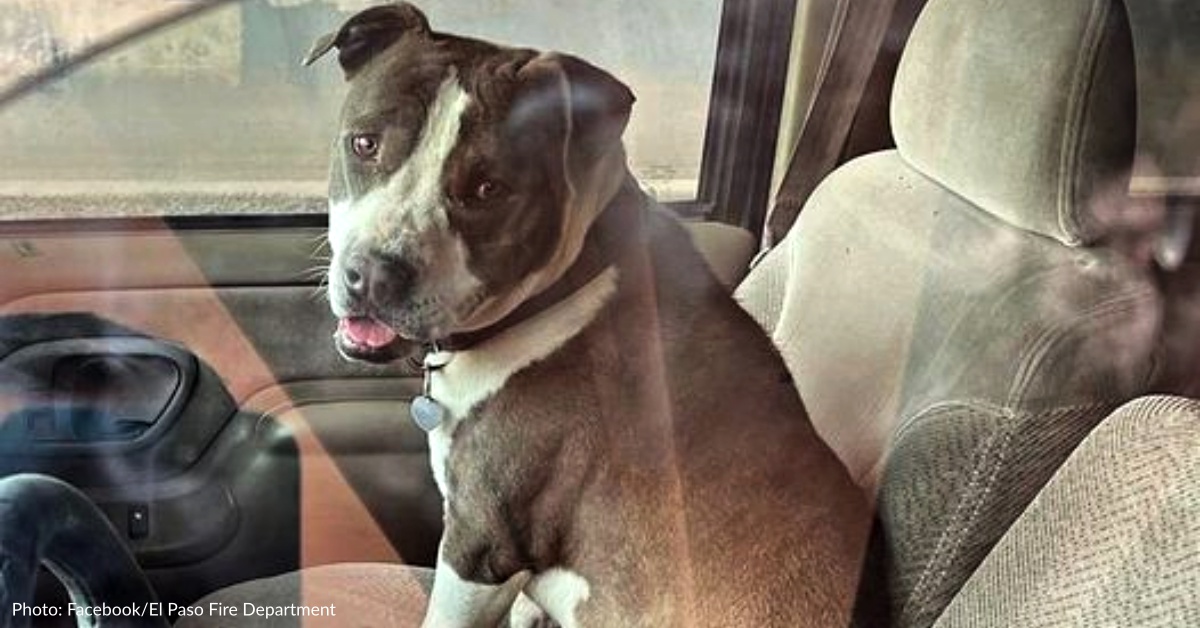 Astro has not had any special training and Martinez said, “We never thought in a million years he’d do something like that.”

But they are sure glad he did.

Martinez thanked everyone involved and professed her love for Astro.

The fire department and El Paso Animal Services wanted to do something special for the hero dog, so they contacted the family and asked for them to come to the Safety, Health and Outreach Center.

On Friday, they presented Astro with a medal, award, and a tasty homemade dog cake.

Every dog has his day and Friday it was a celebratory one for Astro, a pit bull mix who’s being hailed a hero.

Ramon Herrera, with El Paso Animal Services said, “He really set an example for dogs that look just like him, Astro is definitely a Pitbull and that is one of the main breeds you find in many shelters.”

Countless people responded to the fire department’s post by praising Astro for his life-saving efforts and were happy to see pit bulls getting the positive recognition they deserve.

Pit bulls are loving and loyal companions, as Astro has proved, so please consider adopting one.