Badly Injured Dog Rescued After Being Buried Alive In The Sand

Beachgoers at West Oahu were shocked to hear a muffled bark coming from under the sand. They dug up a badly injured dog that was barely breathing and clinging to life.

The severely abused dog that had been cut by a machete and buried alive is now recovering thanks to PAWS rescue group. 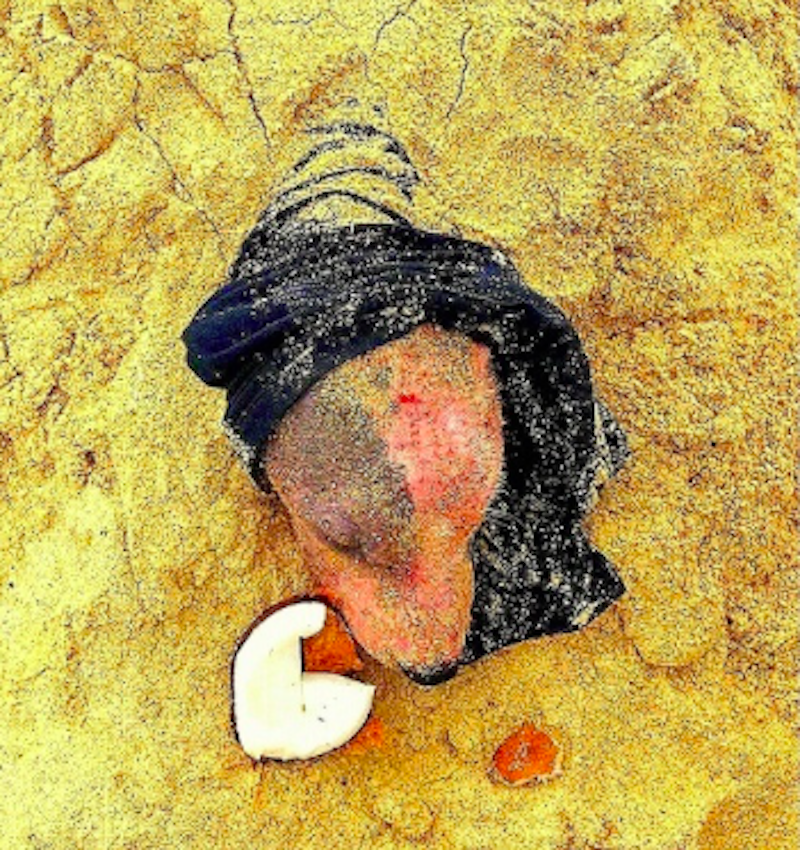 “This beautiful girl was found by one of our team members,” PAWS of Hawaii wrote on its Facebook page Tuesday. “Someone had just buried her and they had a machete so who knows what was next,” the animal rescue group wrote.

The dog was swollen, dehydrated, and missing 90% of her fur when she was found, the group wrote. 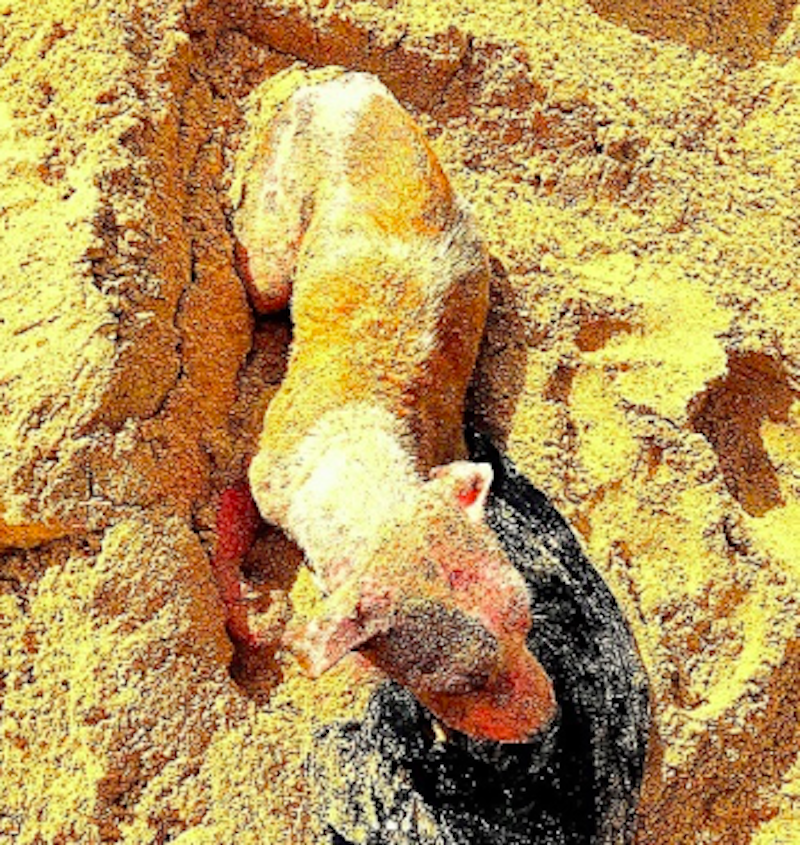 PAWS of Hawaii rushed the dog to Aloha Affordable Veterinary Services where she was given fluids, medicine and blood tests.

Named Leialoha, which means “beloved child,” she was taken in by a loving foster family who is now watching the dog as she heals.

“My heart was broken and I knew she needed us to foster her,” wrote her foster mom, identified on Facebook as Amanda, a Good Samaritan who has fostered other dogs for PAWS. 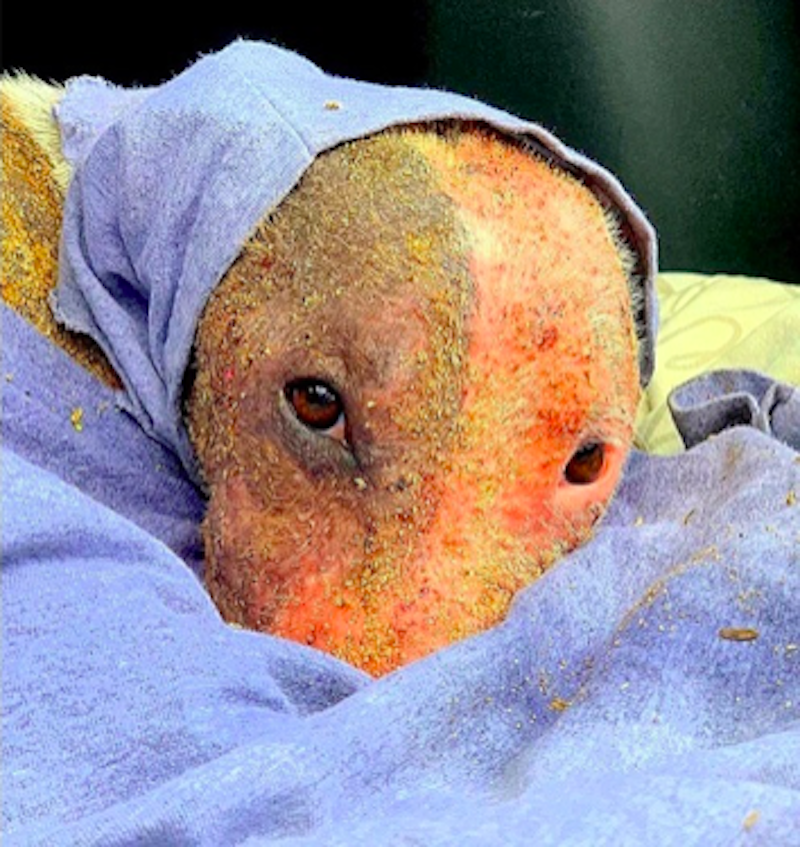 “Leialoha has come so far since Tuesday night,” Amanda wrote on Saturday. “Initially, she would only leave her kennel to go to the bathroom. Last night, she came out, while we had friends over to see what was for dinner and has been liking being under the coffee table.”

🌺 Leialoha Update 🌺 . “Earlier this week, I was scrolling FB, while the girls were getting haircuts and saw that there was a dog on the westside of Oahu that had been buried in the sand and been cut on her leg with a machete. She was badly sunburned, covered in sores, and missing most of her fur. My heart was broken and I knew she needed us to foster her. Leialoha has come so far since Tuesday night. Initially, she would only leave her kennel to go to the bathroom. Last night, she came out, while we had friends over to see what was for dinner and has been liking being under the coffee table. She has a long way to go, but the worst is over. Say aloha to Leia!” – Foster mom Amanda . Mahalo nui to Amanda and her ohana. They’ve fostered many animals for us before. They even adopted a foster dog from the homeless camp. Now they are providing amazing and lifesaving care to sweet Leialoha. . 🐾 Sign up to foster at pawsofhawaii.org/fosterme 🐾 . . . #rescuepetsofinstagram #dogsofinstagram #rescue #rescuedog #adopt #adoptdontshop #alwayschooseadoption #dog #dogs #dailydogs #dogoftheday #pawsofhawaii #doggy #doglovers #doglife #happydog #dogslife #pitbull #poidog #lifeisbetterwithadog #puppy

Her rescuers believe the dog’s cuts were freshly inflicted when she was first found, Ku’ulei Durand, the Executive Director of PAWS of Hawaii told KITV 4.

“The man who buried her, we were led to believe, had started to cut her,” Durand said. “He felt he was ending her suffering by trying to end her life, instead of getting her the help she needed.” 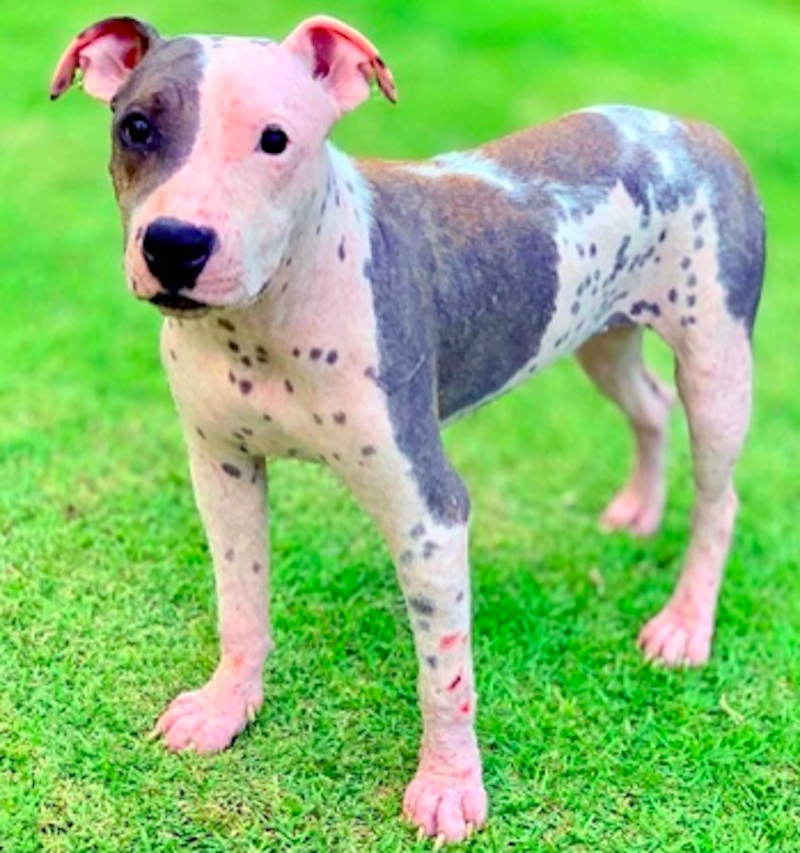 No arrests have been made in the case. It was unclear if a suspect has been identified by police. A reward of $1000 has been announced for any information that can help in the arrest of the culprit. You can drop tips at 808-955-8300 or at the Crime Stoppers website. Spread the word.