There’s little dispute that cats are prolific breeders – though not quite as fertile as rats or rabbits, a single cat can deliver 1-8 kittens per litter, 2-3 litters per year and over 100 kittens in her lifetime, starting at just 5-7 months of age.

So it wasn’t overly surprising when a Las Vegas rescue called Homeward Bound Cats came across two scrawny calico strays – Oliver and Harmony. In the days that followed, Harmony gave birth to two kittens of her own, though one passed away, likely in part because of the mother’s severe malnutrition. 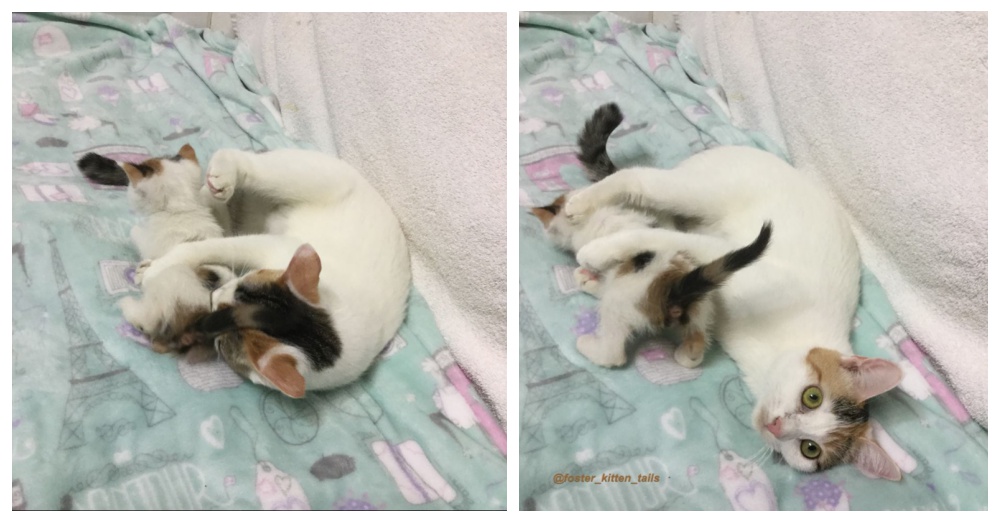 The three surviving cats – including the new kitten, Haven, which happened to look exactly like his mother – were immediately placed into foster care, where their foster parent, Ellen, found out that Harmony — the feline equivalent of a teen mother –had no idea how to care for her newborn. “I taught her how to nurse, lay on her back, but all she wanted to do was ‘hug’ the baby,” Harmony’s foster mom, Ellen, told Love Meow.

The young mother’s reluctance to let go of her baby for any period of time inspired Ellen to bottle-feed Haven, just to be sure the kitten was getting the vital nutrition she’d need. Harmony’s helicopter-parenting also prevented her from eating or using a litter box, so much so that Ellen had to spoon feed Harmony from a paper plate and leave a water bowl nearby. 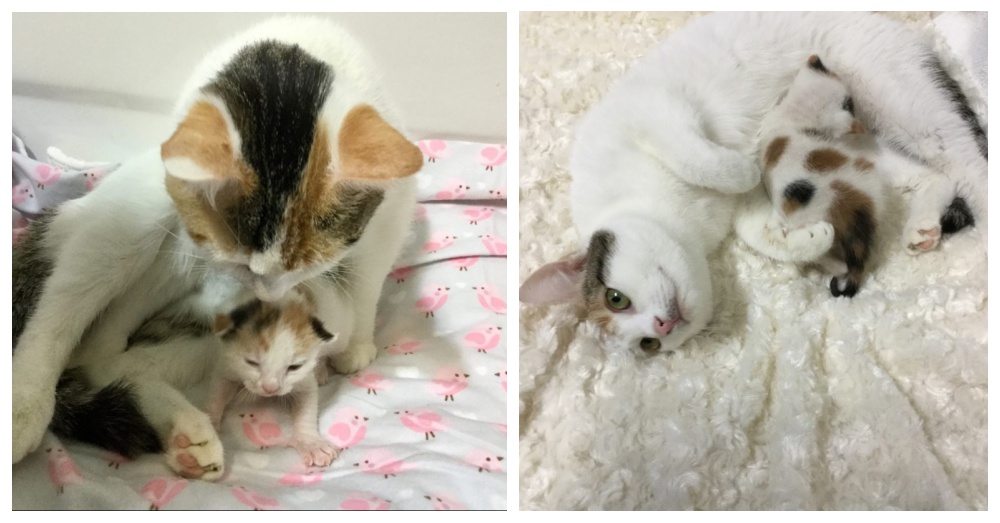 Now Haven’s learning to walk, which has caused Mama Cat to relax somewhat, though mother and kitten are never separated for long. The cute calico pair is currently living in foster care, but as soon as Haven is old enough, they’ll hopefully be adopted together soon.

Click ‘Next’ to Learn Why “Kitten Season” is actually bad for cat-lovers!