One of Fashion’s Biggest Names Has Taken A Stand Against Fur–Who Will Be Next?

A big name in the fashion industry has taken even bigger steps in advocating for the safety of animals by eliminating animal fur from its entire line.

Gucci will cease production of clothing using fur starting with its summer 2018 collection, Humane Society International reports. This includes fox, rabbit, mink, coyote, raccoon, and other animals that may be killed for fur.

“Being socially responsible is one of Gucci’s core values, and we will continue to strive to do better for the environment and animals,” said Marco Bizzarri, Gucci’s president & CEO. “With the help of HSUS and LAV, Gucci is excited to take this next step and hopes it will help inspire innovation and raise awareness, changing the luxury fashion industry for the better.”

“Gucci going fur-free is a huge game-changer. For this powerhouse to end the use of fur because of the cruelty involved will have a huge ripple effect throughout the world of fashion,” said Kitty Block, president of Humane Society International. “A staggering one hundred million animals a year still suffer for the fur industry, but that can only be sustained for as long as designers continue to use fur and consumers purchase it. So we commend Gucci’s compassionate decision, and for helping to ensure that the future of fashion is fur-free.” 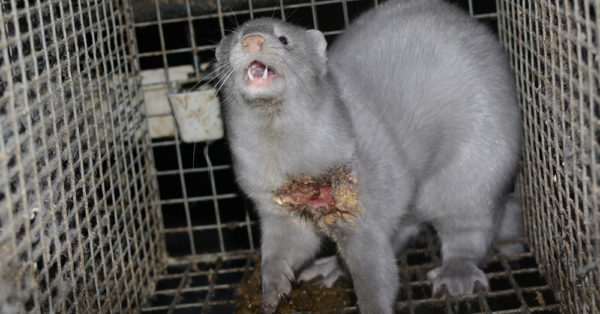 Gucci is not alone in its refusal to support the fur industry. Hundreds of other names in fashion have also cut fur from their product lines, including American Eagle Outfitters, H&M, Gloria Vanderbilt, Kenneth Cole, The North Face, and Zappos.com.

Stella McCartney has incorporated awareness of sustainable, animal-friendly practices into her label. Her message to others is to use those principles in their own work, and it’s spreading with the help of superstars like Katy Perry showing off her latest looks. 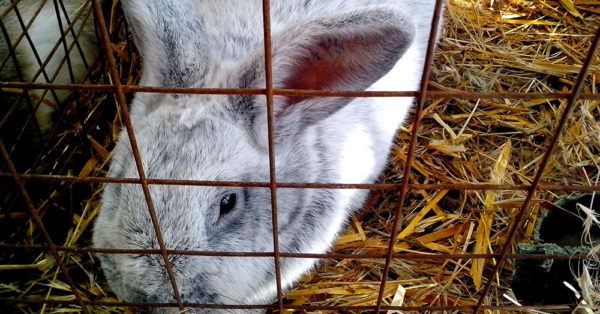 Source: Pixnio
A rabbit being raised for fur.

Credited for creating the punk rock look of the Sex Pistols, and as of late for outfitting the dapper James Moriarty in the BBC series Sherlock, Vivienne Westwood is also an advocate for animal rights. As a vegetarian, she thought she understood what it meant to be kind to animals until she learned more about how they were treated in the fur industry, the Dodo reports. Westwood’s line has been fur-free since 2007.

Calvin Klein, one of the first brands to take a stand against killing animals for clothing, has been opting for faux fur since 1994. CK had been in business with fur suppliers for 17 years before announcing “the fur segment of our business simply did not fit with our corporate philosophy any longer,” the New York Times reports. 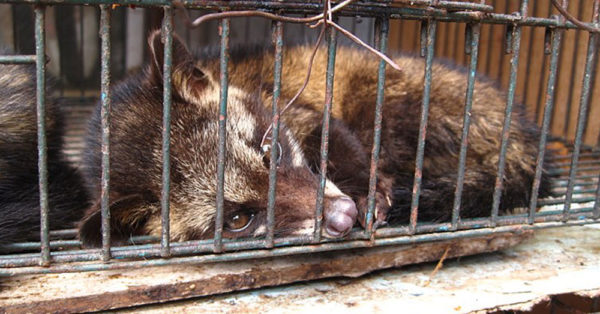 Other designers, like Burberry, Dior, Karl Lagerfeld, and Yves Saint Laurent continue to use fur and are the target of campaigns like the Fur Free Alliance, which seeks to persuade them to change their ways.

The fur industry is linked to a number of environmental and ethical issues that customers in a retail store may never hear about. Factory farms keep fur-bearing animals in substandard and unsanitary cages, the Fur Free Alliance maintains, and they pose health risks to humans by leeching large amounts of animal waste into the ecosystem. 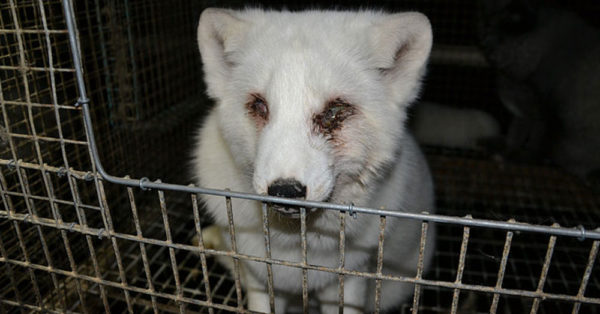 The Fur Free Alliance seeks to eliminate fur from the fashion industry, even the fur that people may not know about.

In 2013, designer Marc Jacobs was discovered to have used real fur in garments that were labeled as “faux fur.” HSUS purchased three of the designer’s jackets online and later found the collars to be made with fur from Asian raccoon dogs, known for being skinned alive in China, Business Insider reports. The organization later released its findings during National Consumer Protection Week.

The fashion industry has long relied on fur for some of its more lavish looks, but as more and more design houses take a stand against using fur, the reality of how animals are tortured and killed in fur operations become harder to ignore.

“For decades animals in the fur industry have been subjected to intense cruelty, living their entire lives in miserable, filthy cages,” said Joh Vinding, Chairman of Fur Free Alliance. “Gucci’s new fur-free policy marks a game-changer for the whole luxury fashion industry to follow. Gucci is taking a bold stand for animals, showing the world that the future of fashion is fur-free.” 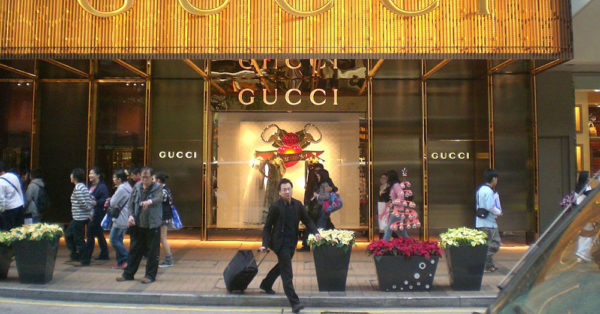 Sign the fur pledge by clicking the button below, and join the list of others who have made a promise to cut fur out of fashion!

From fur farms, where animals are raised and then skinned alive, to steel-jaw traps that clamp down on the legs of wildlife, leaving them there in agony, sometimes for days, the fur industry is a cruel and barbaric trade from which many people still collect their paychecks.
Sign the Fur Isn’t Fair pledge and help save our furry animals from further pain and suffering they don’t deserve!
Make a difference