Great white sharks are one of the greatest predators in the ocean and definitely get our hearts pounding. Everyone remembers the “Jaws” movies and the shark’s razor sharp teeth. However, these mighty predators have one animal that they are deathly afraid of.

New study published in Nature found that Jaws is afraid of Free Willy.

Researchers from the Monterey Bay Aquarium, Stanford University and Point Blue Conservation Science conducted a study on great whites that were feeding on seals off the coast of Farallon Islands near San Francisco. As soon as killer whales, also known as orcas, arrived to feed on the seals the great whites immediately left the area and did not return till the following year. 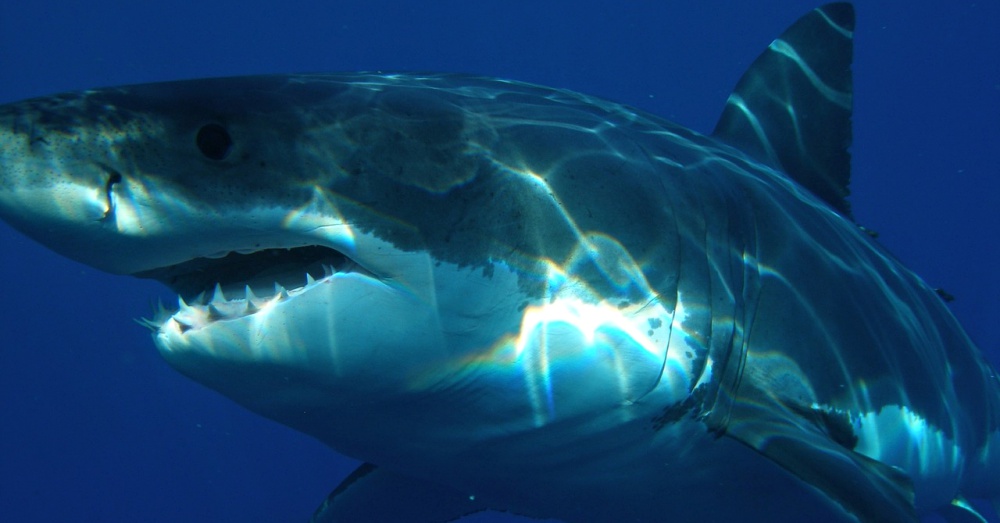 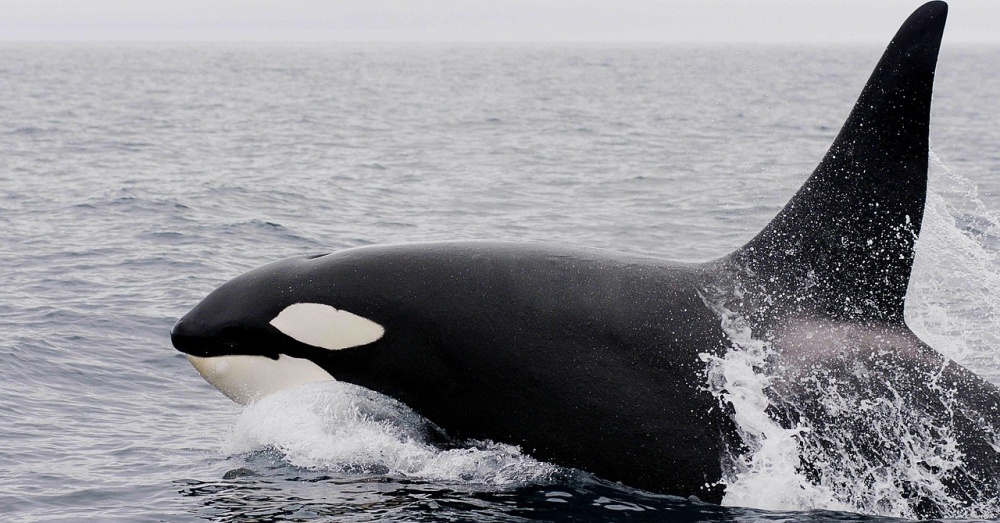 Marine Science Today states, “Killer whales are highly social animals and live in groups (pods) that range from 2 to 15 animals, but they have occasionally been seen hunting in groups of up to 40. Killer whales work together when hunting and they teach each other techniques.”

Back in 1997, whale watchers encountered something that left them in shock. They were captivated by a large killer whale and what appeared to be her calf swimming in the ocean. The tourist took in the magical moment but had no idea what was about to happen.

One of the guides noticed a large shadow swimming alongside the boat and then saw a gray fin. It was a great white shark and it suddenly took a turn and started to swim towards the killer whales. Her focus went back to the whales and she noticed the large one turned and was headed straight for the shark.

The group watched on in shock and the next thing they saw was a huge splash as the two predators collided. Then the killer whale resurfaced with the great white in her mouth. With one swift move, she had killed the shark and was showing off her kill like a cat.

Since then there have been other reports of orcas killing sharks and eating their livers. Both predators feed on seals and sea lions and cross paths when hunting. The report stated, “Despite an extensive overlap in distributional range and trophic niche, observations of direct interactions between killer whales and white sharks are extremely rare, but have been recorded off California, South Africa, and Southern Australia.”

Between 2006 and 2013, the researchers tagged 165 white sharks to track their flight response when killer whales arrived at their hunting spots. “In the best-documented instance, killer whales from two separate pods arrived at SEFI on November 2, 2009, when 17 previously tagged white sharks were present.” The whales were only in the area for 2.5 hours, but all of the sharks immediately left the area and swam over 30 miles in another direction. 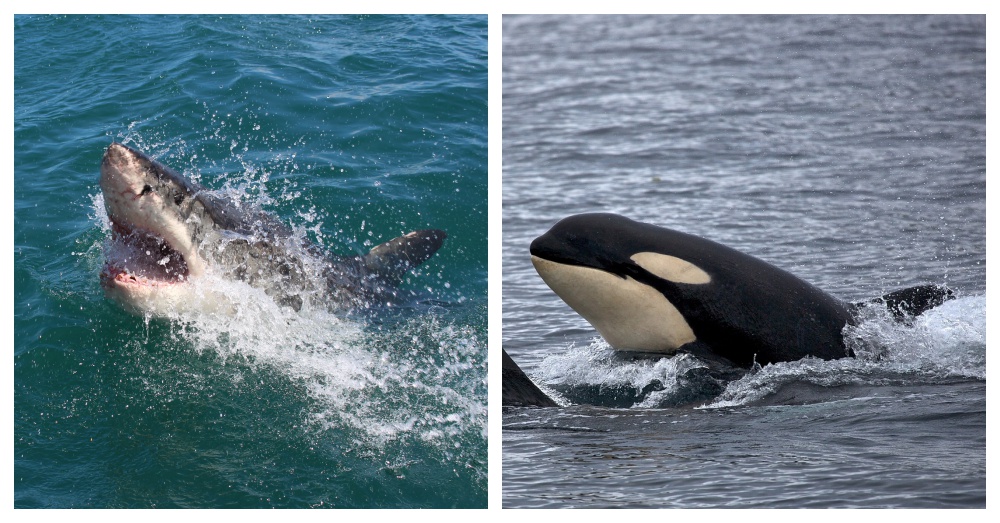 Sal Jorgensen, a white shark expert at the Monterey aquarium, has been researching great whites for years and documenting their behavior. He said, “We don’t typically think about how fear and risk aversion might play a role in shaping where large predators hunt.”

He went on to say, “Ironically, a key factor behind the great white shark’s success as an ocean predator, probably is knowing when to run.”

While the research continues, it is clear that even the hunters can become the hunted.

Watch the video below to see what the whale watchers saw in 1997.