Dogs are incredibly sweet animals who show lots of care and compassion towards other animals. All of us who’ve had the privilege of owning a dog at some point in our lives probably have a story that highlights the kindness of our dogs. As a kid, I had a black dog named Bonita. She used to always rescue the baby birds that fell out of their nests while trying to learn to fly. While she was a total mama bear to the small birds, her actions weren’t unique onto her. Apparently, other dogs are just as caring towards baby birds as well – like Ginger. 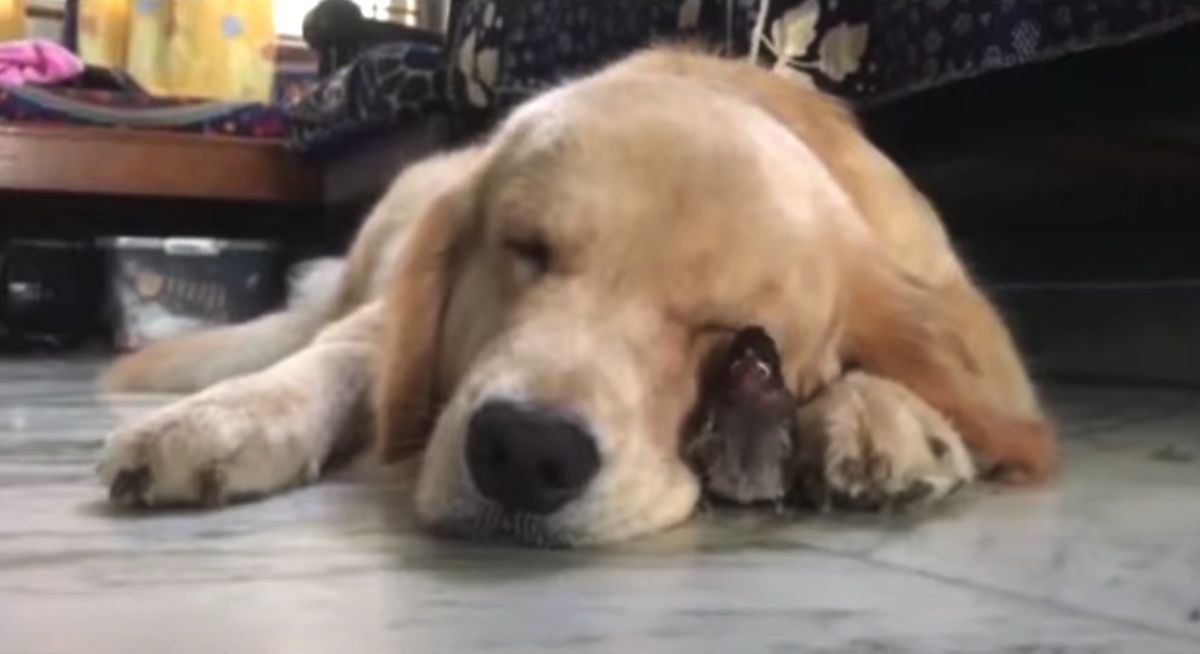 After Ginger’s owner found an orphaned baby bird, she knew there was only one person in the whole world fit to care for the little tiny creature: her golden retriever, Ginger. While she may be a big girl, the pooch is a total softie with a heart of gold. She immediately took a shine to the baby bird.

After a quick introduction, the two were inseparable. Ginger doted on the little birdy, despite their big difference in sizes. The two of them together is just so heartwarming. It’s one of the reasons we love unlikely animal friendships so much!