Dogs love to play fetch and chase balls. One clever dog figured out how to recruit an endless amount of people to throw a ball for him.

Riley, a rescued Golden Retriever, lives in a busy Los Angeles neighborhood with people constantly passing his house. The smart pup figured out that if he popped his adorable head over the wall surrounding his yard, he could entice the people passing by to play with him. He simply drops his ball and waits. 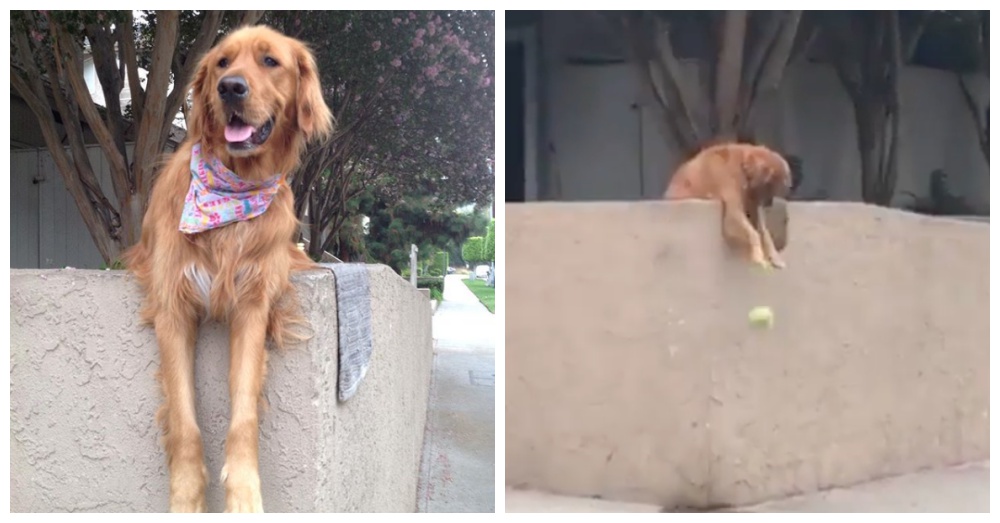 This has become his daily morning routine. Riley has since gone viral when people posted pictures and videos of him on social media. People who live in the area all know Riley and love him. Even some who lived in the area in the past remember the playful dog. This is not a new trick since Riley has been doing it for years. 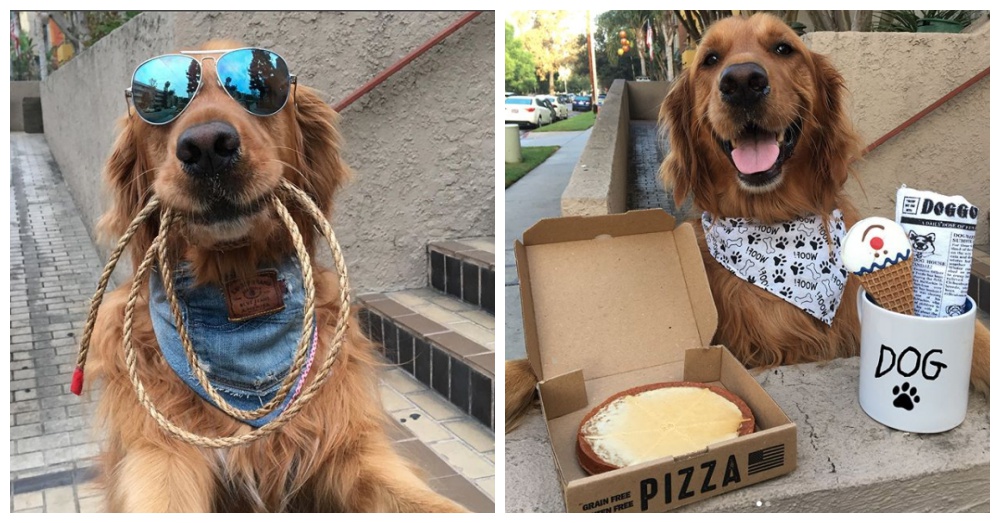 With over 10 million views and tons of comments, it is clear that Riley is adored by everyone. Fame is not new to Riley since he already has his own Instagram and Twitter accounts. Riley is featured in different festive bandanas and rewarded with delicious treats. The charismatic dog loves to look for lizards and belly rubs when he is not chasing his chewed up ball. 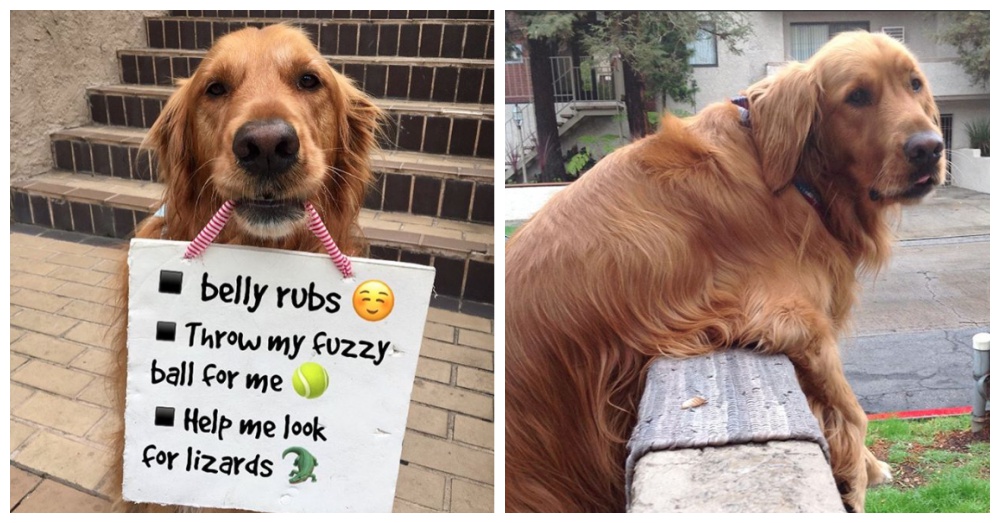 Riley reposted the viral video to his social media with the caption, “My secret’s out! Someone filmed me purposely dropping my toy as a ploy to get a passerby to stop and play! Woof.”

Watch Riley drop his ball in anticipation of the people filming him to throw it in the video below.

My secrets out! Someone filmed me purposely dropping my toy as a ploy to get a passerby to stop and play! Woof . @johnnyberchtold Thanks again for the feature @weratedogs #Myfavoritehangout #IMeetManyFans #IGiveArmHugs #IGiveKisses #IAlsoTalkToYou

Dog Returned To Shelter For Being Too Good: Click “Next” below!