Glue traps cause horrific pain and suffering to any animal that comes in contact with them.

These traps are often pieces of cardboard, plastic, or fiberboard coated with a strong non-setting adhesive, designed to immobilize animals who wander across them, Plant Based News reports. Once stuck in the trap, it can be days before an animal succumbs to death via dehydration and starvation.

Animals stuck in glue traps have been known to tear off, or bite through, their own limbs in an attempt to free themselves, Humane Society International (HSI) reports. They can suffer from broken or dislocated bones, torn skin, suffocation, vision loss, or if left long enough, dehydration or starvation.

It’s not just rats and mice who fall victim to glue traps, either, The Vegan Review reports. Protected and endangered species including hedgehogs, birds, bats, and pet cats have also been known to sustain injuries, many of which are fatal.

As HSI reports, These “Inhumane, indiscriminate and indefensible” glue traps have already been banned in England, following a unanimous vote in the House of Lords.

“Glue traps are crude devices that cause horrific suffering to millions of animals,” said Claire Bass, executive director of Humane Society International/UK. “It is absolutely right that their public use will be banned, and we hope this will precipitate their removal from sale by retailers since it will be illegal for their customers to use them. It is immoral to subject small, sentient wildlife to being immobilized on these sticky boards, only to suffocate in the glue, die slowly of their injuries, or be ineptly killed by unprepared members of the public who resort to drowning or throwing them in the rubbish while still alive. The licensing regime for glue trap use by the ‘pest’ control industry will need to be strictly managed to ensure that these cruel products are no longer casually used with impunity.”

Once an animal has been trapped on a glue board, it is nearly impossible to safely or humanely euthanize them, the Humane Society reports. Further, anyone handling a glue trap holding a live animal risks being bitten and infected.

“Glue boards are also dangerous to household pets and other animals that aren’t the user’s intended target,” the Humane Society reports. “If the board is small, a larger animal may be able to pull it off, though they will likely lose fur or skin. Smaller animals, however, have no means of escape. Larger glue boards can entrap medium-sized animals, including pets. Cats often require veterinary help and surgery to remove glue boards.”

No animal deserves this fate. Humane alternatives are available and there is no reason glue traps should still be used in the United States. Click below and help us ask the US Department of Agriculture to ban these inhumane traps! 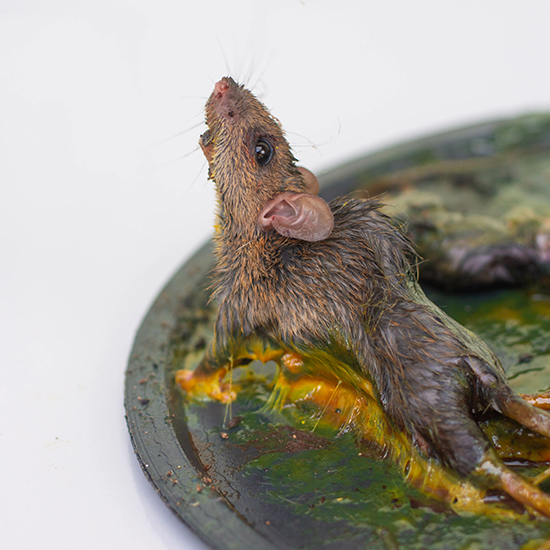 These “Inhumane, indiscriminate and indefensible” glue traps have been banned in England, but are still used in the U.S.

Ask the USDA to ban glue traps and save the lives of countless animals!