With the signing of a new provision to the Uniform Code of Military Justice, President Obama has extended the same protections animals in the United States enjoy to those employed by the military around the world.

Wherever the American military is stationed in the world, domestic animal cruelty statutes and sentencing guidelines will be applied to all incidents of abuse, neglect, abandonment and bestiality. Punishments for these crimes can range from discharge from service for bad conduct, forfeiture of pay and allowances, and jail time up to five years.

According to a post by the Humane Society of the United States President Wayne Pacelle, while there’s no doubt our country’s military is full of brave individuals, there are unfortunately still those who seek to harm animals. Such examples are grim, and were they to happen anywhere outside the U.S., would have gone unpunished, prior to the signing of this measure.

“This is a significant advance from the prior circumstance when animal abuse was classed under a general provision with other ‘disorders and neglects’ to be addressed with a general, special, or summary court-martial, according to the nature and degree of the offense,” Pacelle wrote. 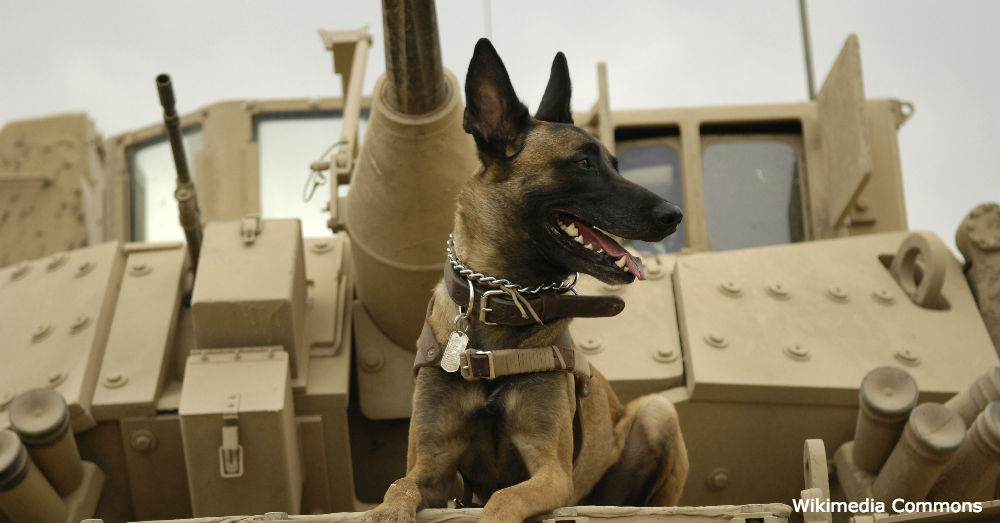 Pacelle credits his organization’s Sherry Ramsey for her work in forming the policy, along with Representative Ruben Gallego, D-Ariz., for writing a letter to the Obama Administration, asking for this change to the UCMJ.

The military’s recognition of animal cruelty crimes comes shortly after the FBI began tracking such cases with its National Incident Based Reporting System.

“Capturing such data is especially difficult because animal cruelty laws are enforced by a very large number of local police, sheriffs, and humane society agents and animal control officers,” Pacelle wrote in 2014. “But now that animal cruelty, including animal neglect, is included in the FBI’s Uniform Crime Report, there is a real incentive for law enforcement agencies to pay closer attention to such incidents. With accurate data, law enforcement agencies will also be better able to allocate officers and financial resources to handle these cases, track trends and deploy accordingly.”

Pacelle and the HSUS consider this motion a step forward in their fight to extend protection from cruelty to other animals, and the passing of the Preventing Animal Cruelty and Torture Act, now pending in Congress. 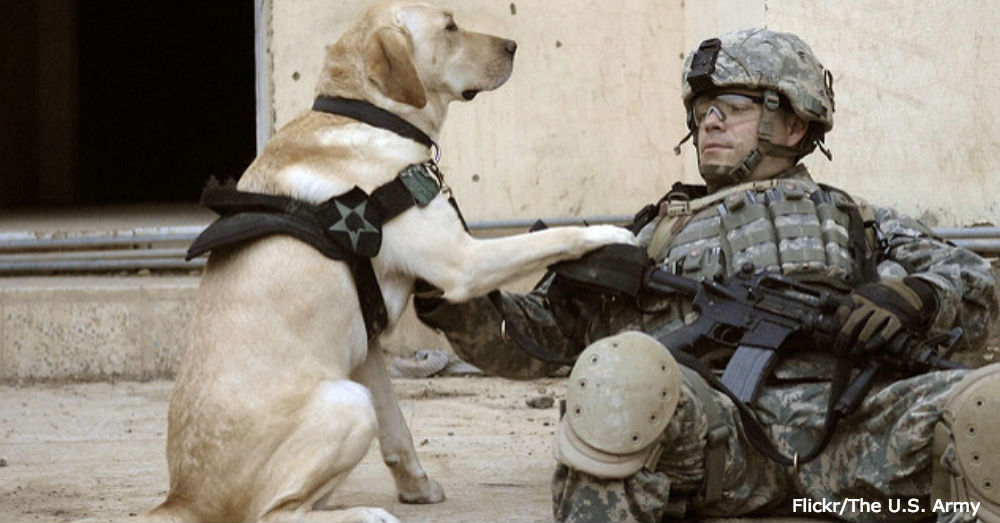 “The PACT Act would empower the FBI and U.S. Attorneys to prosecute animal abuse cases that occur in interstate commerce or on federal property, and it’s a common-sense piece of legislation,” Pacelle wrote. “There’s no meaningful opposition to it, and a raft of support. It would be an easy matter to take this up in the lame duck session of Congress and do something good for the country, delivering a blow to the worst offenders of animals everywhere.”

PTSD service dogs can lessen a veteran’s perception of physical pain, decrease agitation and aggression, increase social interaction and ability to manage daily living, lower blood pressure and heart rate, decrease loneliness, and ease anxiety or depression. There’s no doubt service dogs for PTSD can be part of an effective treatment to improve the quality of veterans’ lives, which is why the VA should cover the cost of service dogs for psychiatric conditions.

Follow the button below and tell the VA to change the U.S. Veteran Service Dog Program to cover service dogs for any troop that needs one!

The VA must stop denying the effectiveness of service dogs for PTSD and other psychiatric conditions!
Help Heal These Heroes!
Make a difference