A Tiny Kitten Survived A Bad Attack. Now She Wears A Lion King Sweater To Help Her Recover

Gingersnap survived an attack that was thought to have killed her. When she was just five weeks old, she was brought to Best Friends Animal Society after she was discovered with wounds on her back and neck. It’s unknown exactly what happened to her, but they suspect she was attacked by some sort of animal. 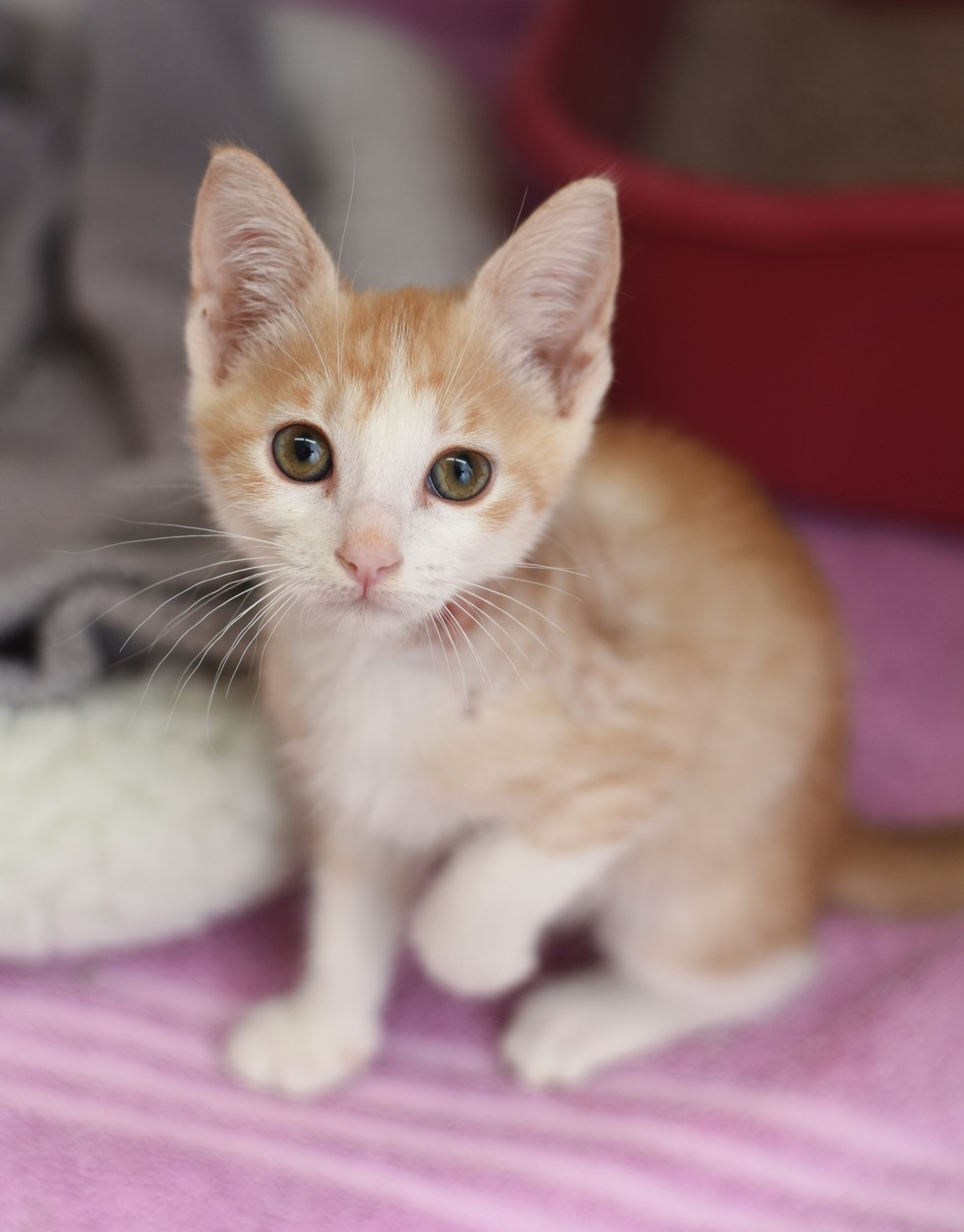 She somehow survived in the wild with her injuries and was eventually rescued by a teenager who brought her to the clinic. She received immediate medical care and got her wounds cleaned out to avoid infection. 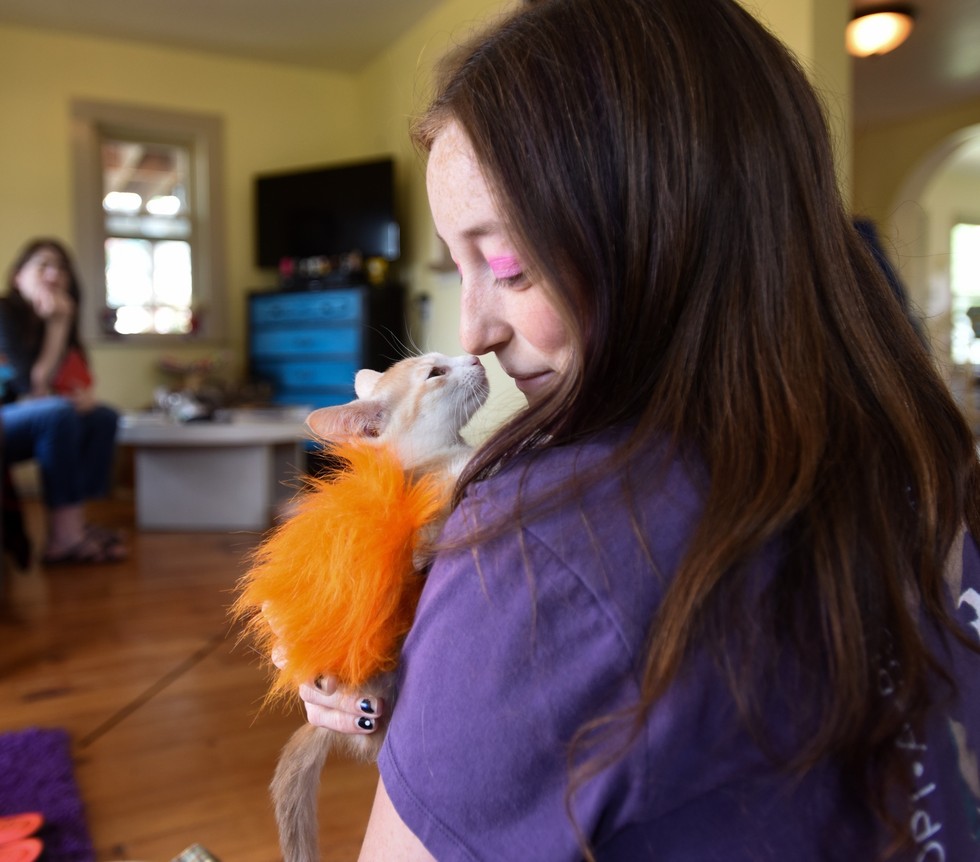 The vet team immediately fell in love with the kitten, who was extremely affectionate and loved to snuggle. Despite what she had been through, she was still very friendly. 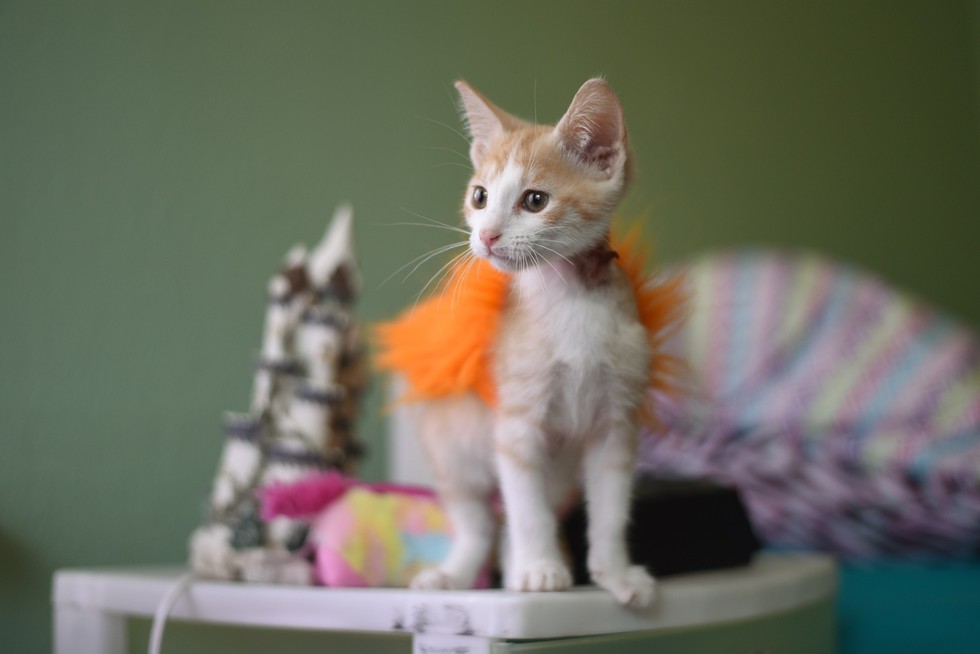 Katie Kyzivat of Cat World took Gingersnap home to foster while she recovered. They needed a way to protect the raw skin on her neck and back to prevent the wounds from reopening, so they found something that matches her fearless personality – a Lion King sweater. 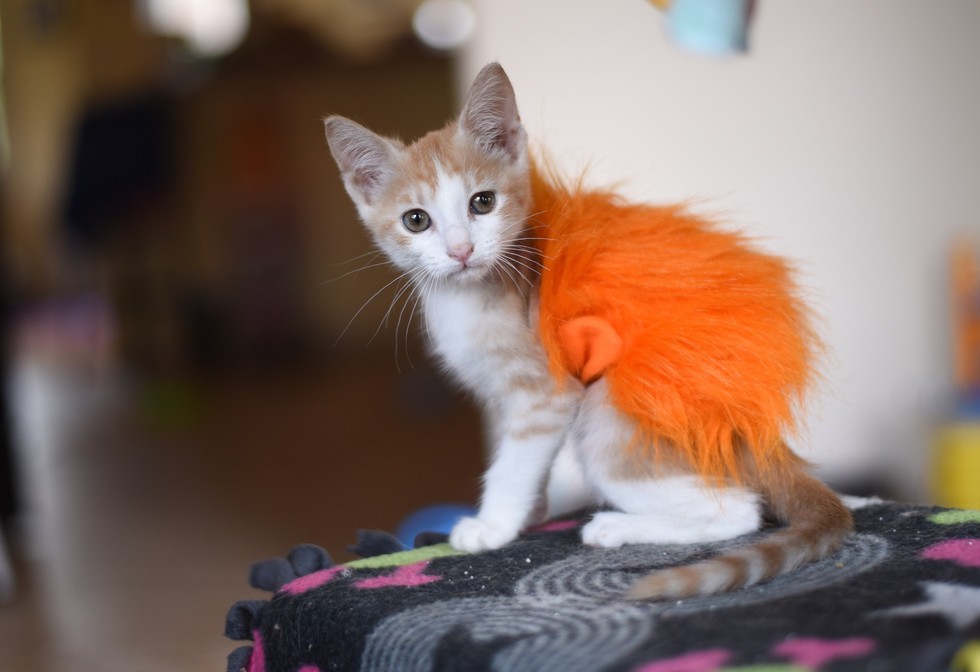 Kyzivat’s other cat got along great with Gingersnap and acted like a mentor to her, teaching her everything she needed to know to be a big kitty. 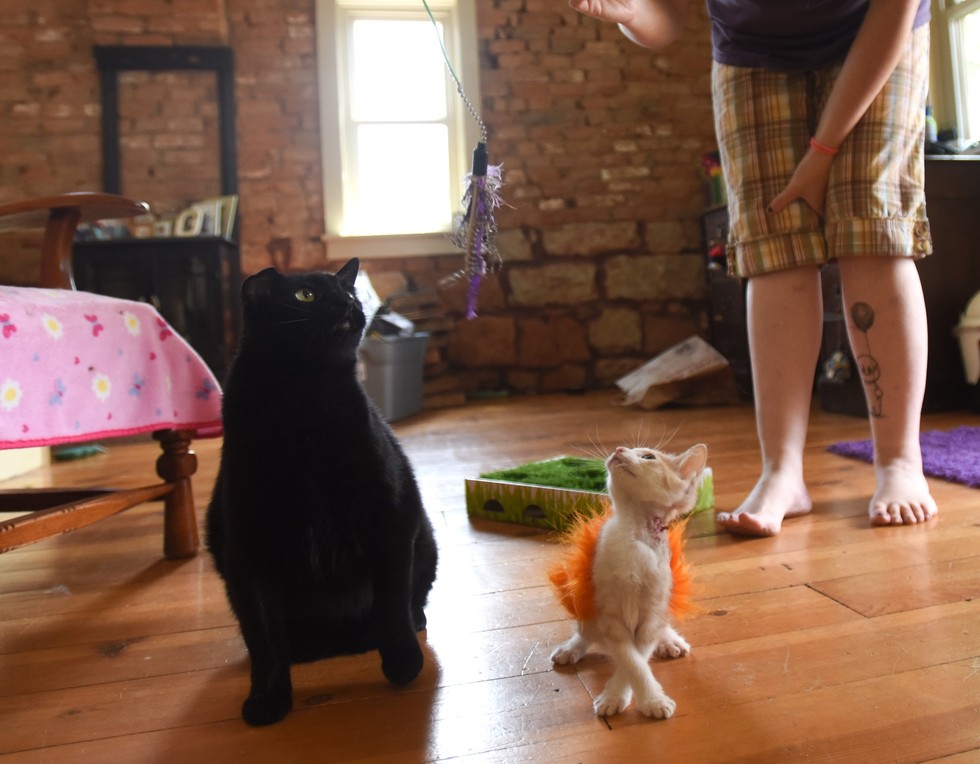 Gingersnap made a full recovery and has since been adopted! 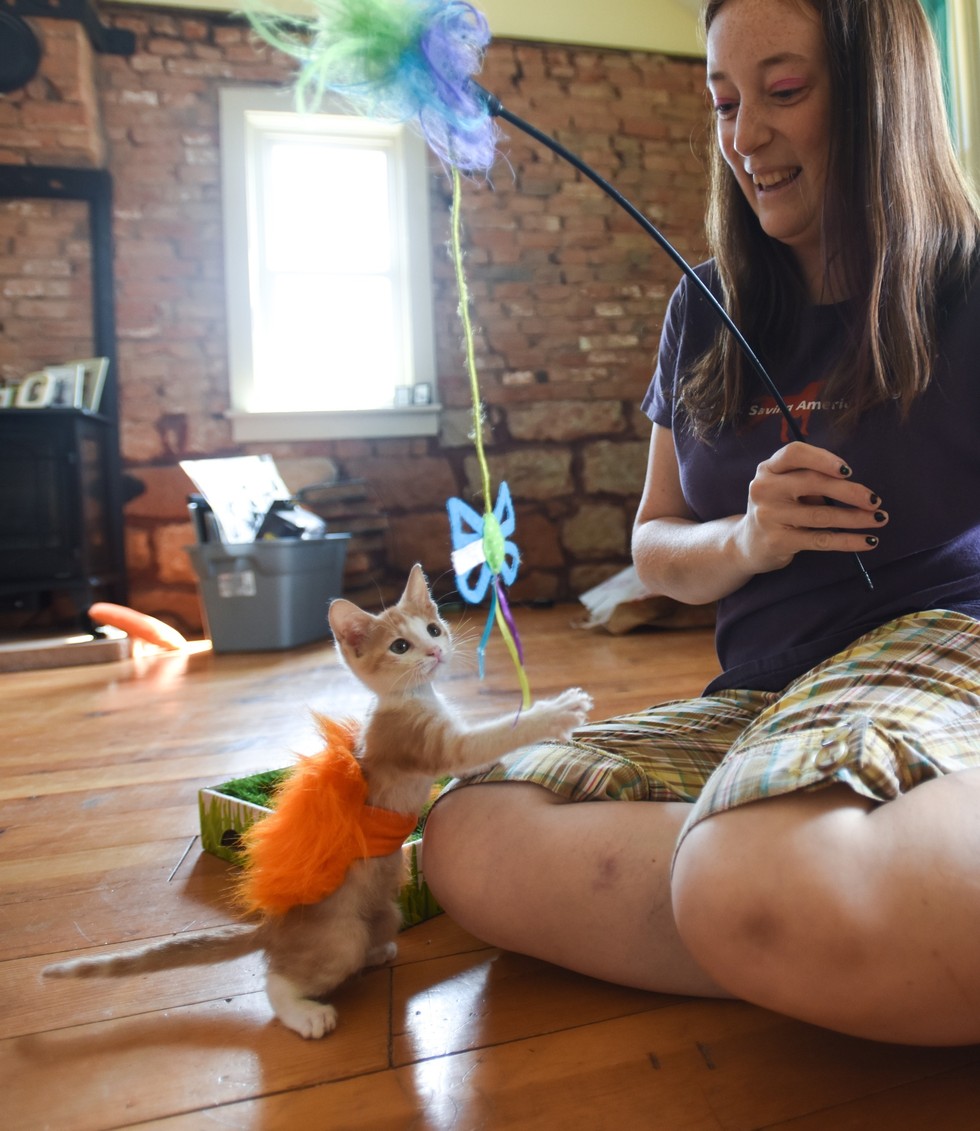 Watch her rambunctious self in the video below: