Ginger was a normal, happy pup. She was adopted by a loving family and was the queen of the house. When they brought home another pup after a few years, Ginger accepted it. Unhappily at first, but she knew she still reigned supreme. Then her parents brought home another child, this time of the human variety. It’s no wonder why Ginger got a little jealous of the new tiny human. She was going to have to learn to share even more! 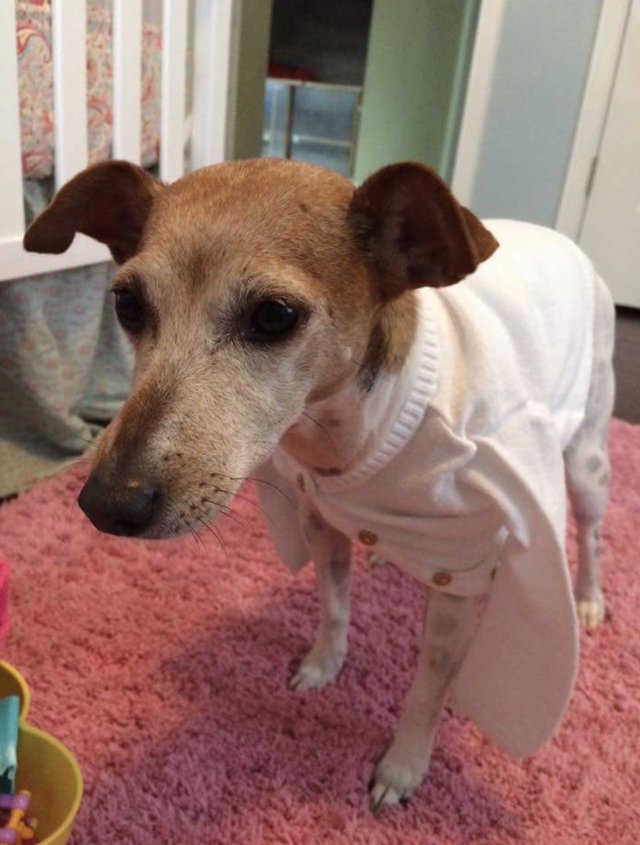 Of course the newborn took up the majority of the family’s time, and eventually jealousy got the best of Ginger. In an act of defiance, she decided it was time to take something from the baby! 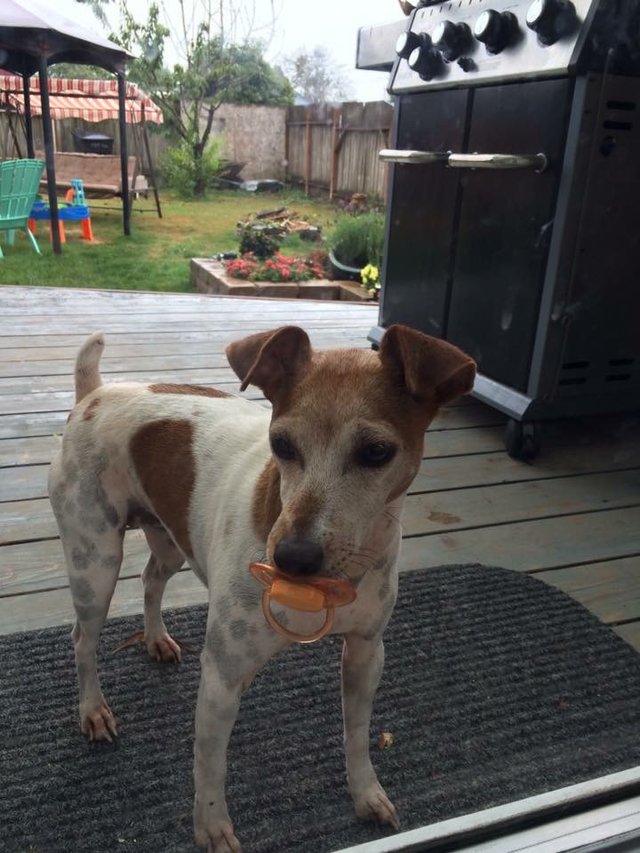 Of course, that behavior isn’t something Ginger’s mom could tolerate.

“Ginger is very jealous of anything that the baby owns or plays with and steals her toys all the time,” Amy, Ginger’s mom, told The Dodo. Then Ginger did something that even her parents couldn’t say no to. 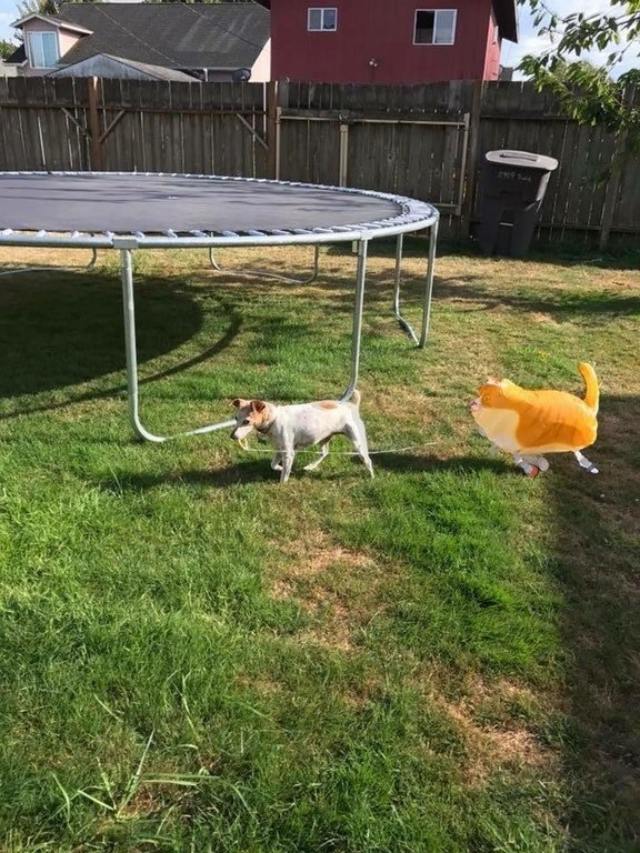 That’s right. Ginger decided that she would commandeer her human sibling’s cat balloon. 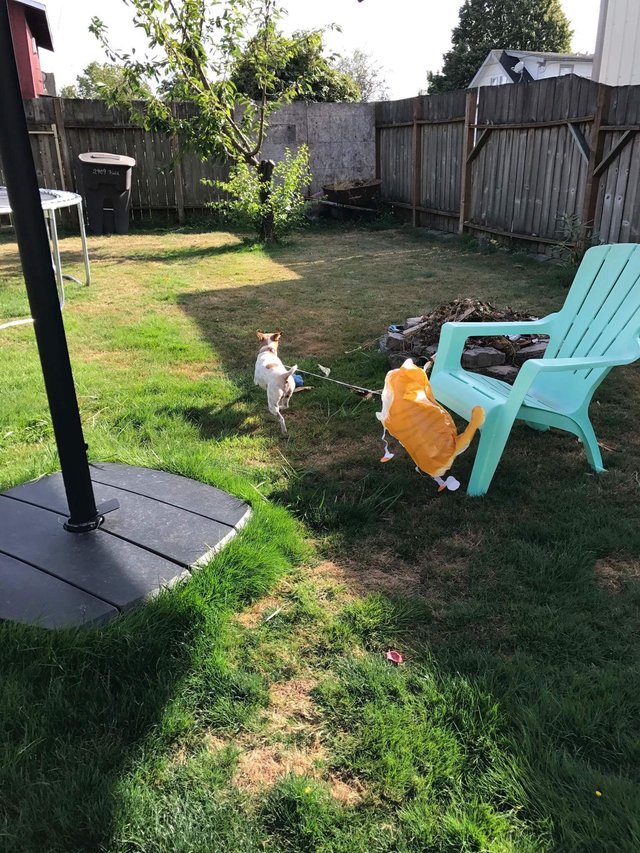 What started as a cruel revenge plot ended up becoming something else entirely. Her first attempt at grand theft cat balloon wound up becoming a one-dog show as she pranced around with pride.

“The first time she made it out the door, she was running around the yard with the cat balloon trailing behind her,” Amy said. 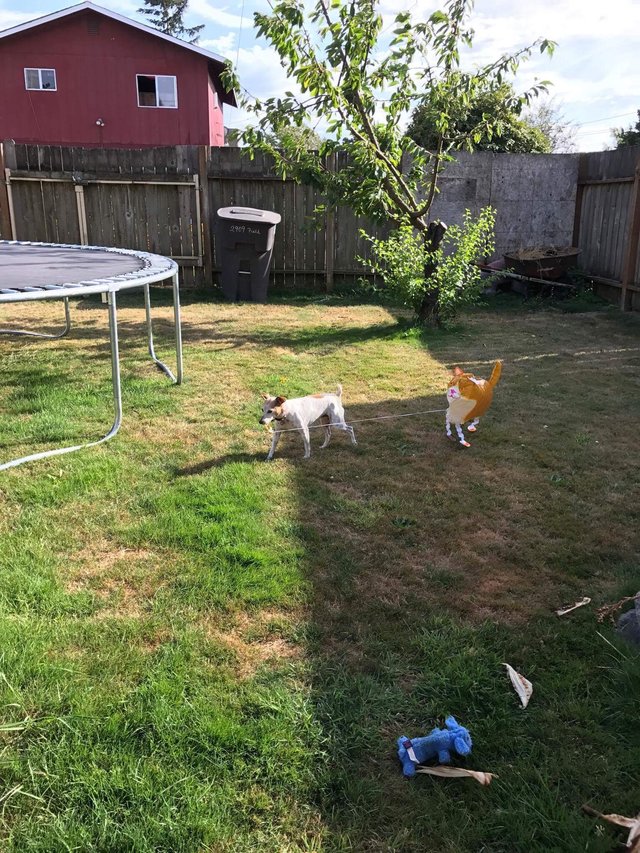 Ginger’s first outing with the balloon was adorable to watch for her humans, and apparently Ginger loved it as well! She quickly decided that the balloon was the best friend she always wanted! 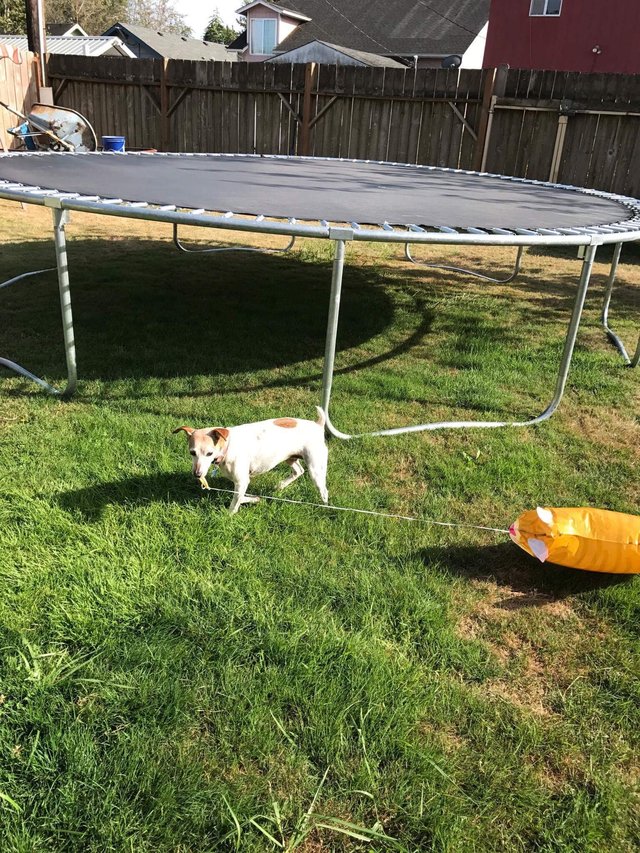 Now Ginger and her inflated feline companion are inseparable. It’s technically still her human sister’s toy, but it’s pretty clear no one in the family is ready separate them. Hopefully the balloon stays inflated for a very long time!