Nobody Will Adopt This Cat Because Of His Cute Habit: Sneezing!

Elliot is a cat with an unusual problem: he can’t stop sneezing.

He resides in Sussex, England, and was a street cat for a long while. Then one day, a kind person rescued him off the streets and found him a forever home.

However, “forever” proved to be rather short. The senior kitty’s new owner found out they were allergic, and had to return him.

His owner did not want to give him up, but, unfortunately, there was no other option. It’s heartbreaking when any owner has to surrender an animal that they can no longer care for despite their very best efforts. 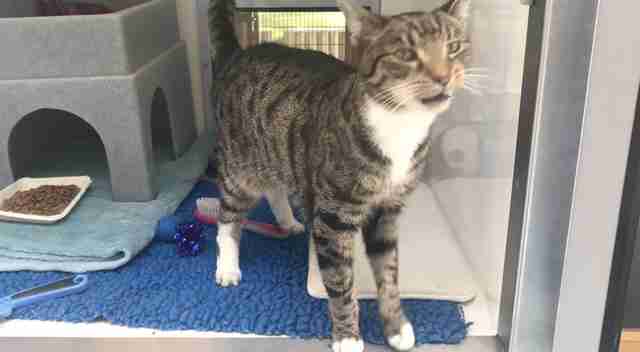 He spent a few months at the facility waiting for his forever home. He’s a senior kitty — about 9 years old — and that always makes finding a forever home more difficult.

But the cuddly tabby has a health issue that also impeded the flood of adoption offers he rightly deserved: he can’t seem to stop sneezing. 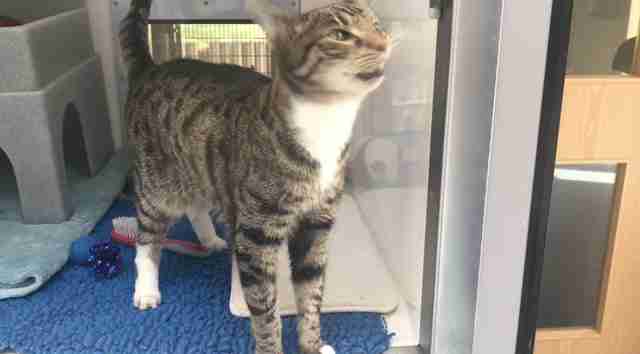 He has a steady case of the sneezes because he has a health condition called rhinitis, which causes inflammation in his wee nose. The constant sneezing is causing some damage to his nose, but condition is definitely manageable.

However, many people just passed right over the sweet boy when visiting the shelter. They believed there was something seriously wrong with him and that he was seriously ill. 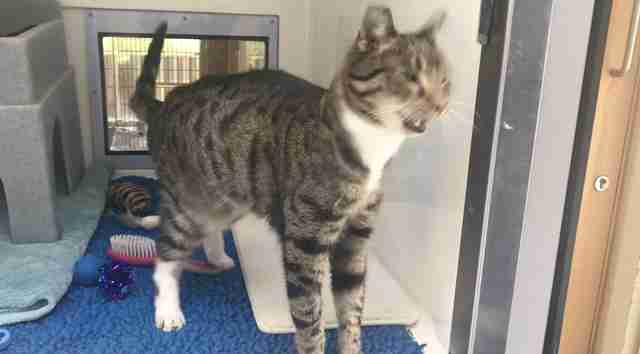 But the poor fellow can’t help it that he needs to sneeze! 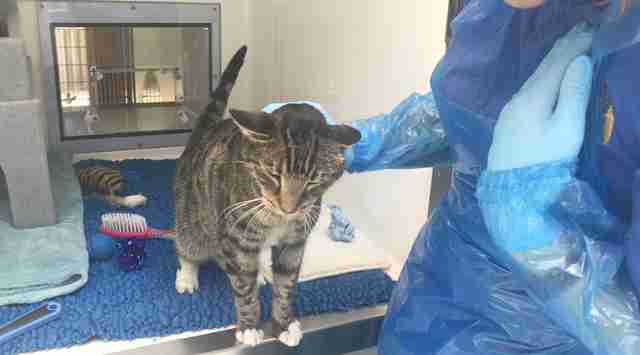 Tania Marsh, who is the deputy manager at Cats Protection’s National Cat Adoption Center, issued a public statement about Elliot after his continued difficulty in finding a forever home.

She called him a “happy, affectionate chap,” and said that she believes he’d make an excellent pet for anyone who was looking to take him in. 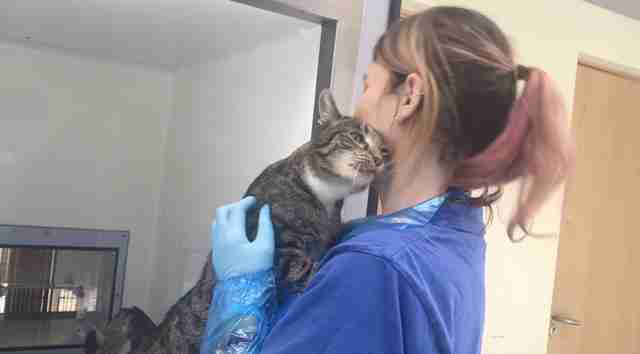 Elliot is a big snuggler and gets along well with other pets. He’s totally a keeper!

Cats like Elliot aren’t any less deserving of a forever home than their kitty peers. 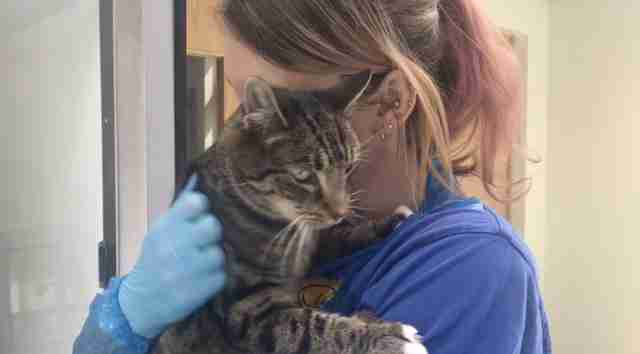 UPDATE: Elliot’s adoption page is no longer active, so we’re hoping the sweetie has found a home!

If you’re interested in adopting cats through the same organization that helped Elliot, you can contact Cats Protection’s National Cat Adoption Center for more information at cattery.reception@cats.org.uk.