Aidan Hart and Jaydon Pettipas are two teens who helped save the life of a squirrel who was on the verge of death.

The two young men were hanging out in downtown St. Andrews in New Brunswick, Canada, when they saw a crowd of concerned citizens milling around a car. Wondering what was going on, they, too, came closer to the car, and saw that there was a squirrel underneath it.

His entire body was coated in something weird, and he barely even resembled a squirrel. 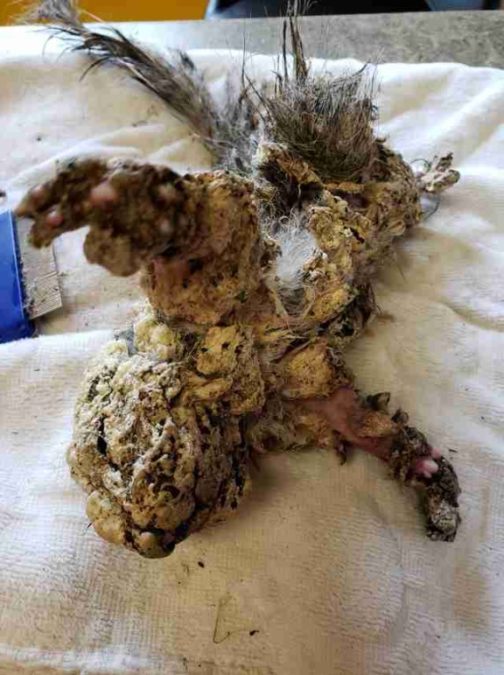 Once the squirrel was extricated from underneath the car, they saw that he was covered in dried foam insulation. The poor thing had likely snuck into an attic or house where the foam was being applied and accidentally gotten sprayed in the process.

Because the foam had dried, the helpless animal wasn’t able to move much at all.

Hart and Pettipas knew they had to act fast to save the squirrel’s life. 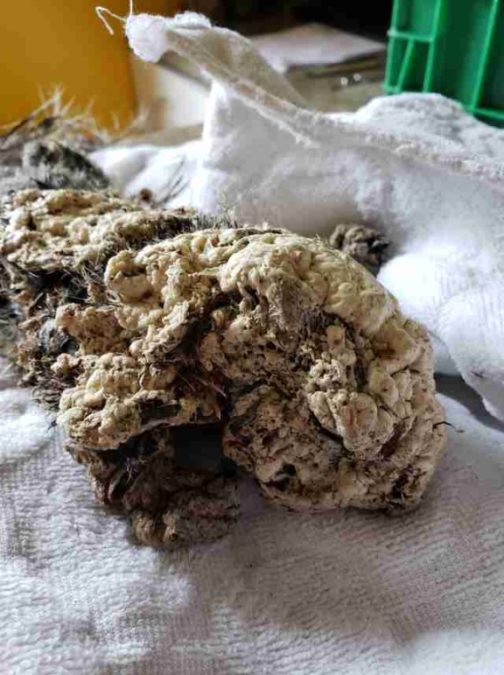 The two teens ran and borrowed a milk crate from a local grocery store that they could use to transport the squirrel. Then they checked in with friends and family to get advice on where to take the animal.

One of their mothers contacted Dr. Melanie Eagan, a vet at the St. George Veterinary Clinic. 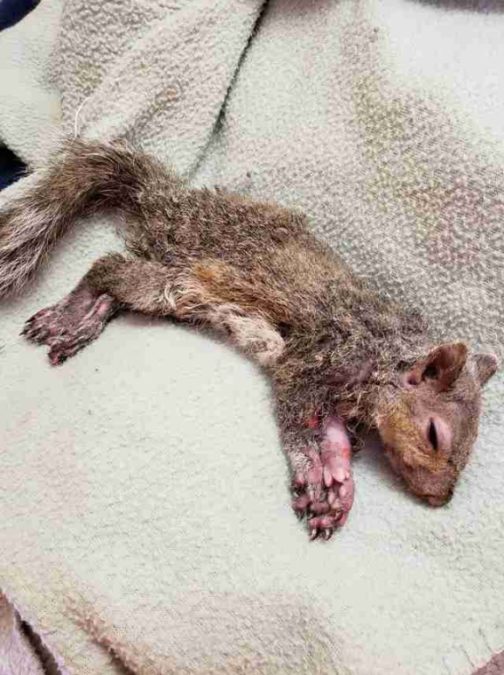 Dr. Egan said she was available to help. The clinic was located 21 miles away from where the squirrel was found, and Pettipas and Hart brought him to her as quickly as they could.

When Dr. Eagan saw the squirrel, she was shocked that he was still alive. He had been through a traumatic and dangerous experience, and was barely hanging on. 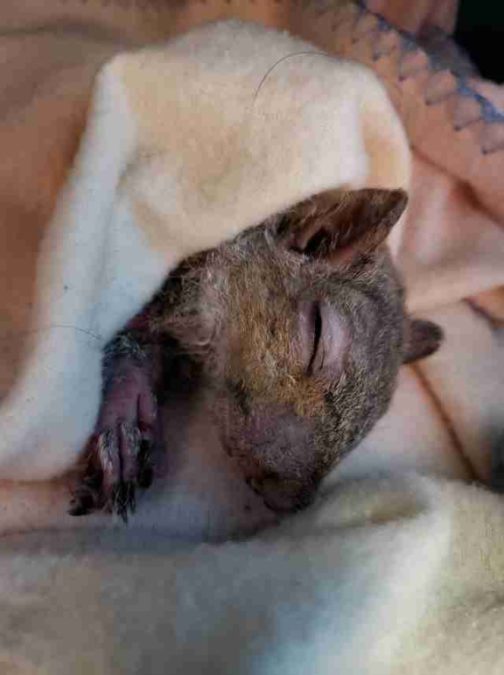 Most of the little animal’s body was “literally cemented into place,” the vet said. He was only able to move a tiny bit.

Dr. Eagan quickly went to work. She sedated the animal and then began the painstaking process of gently removing the insulation.

It took roughly an hour to complete. 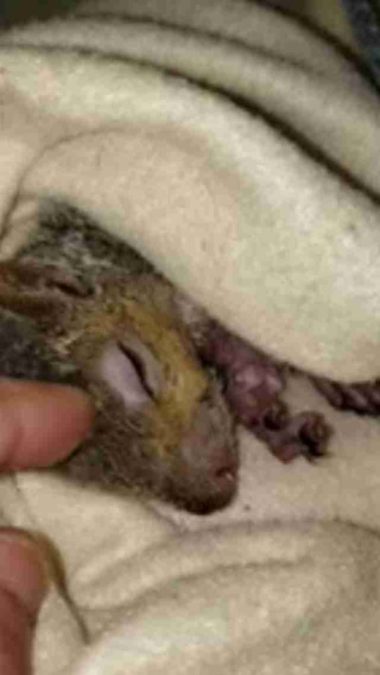 The squirrel had a few abrasions and was missing some patches of fur after he was all cleaned up, but overall, he was in pretty decent shape.

After resting up and regathering his strength, Dr. Eagan released him back into the wild.

He never would have survived without the help of these quick-thinking teens and Dr. Eagan. Be sure to pass the heartwarming story along!