Tony and Chicken Little were enjoying an awesome life together when disaster struck. The cat had to say goodbye to her human when he had a stroke. He was taken to the intensive care unit and no one seemed to know what would happen next.

Worst of all, poor Chicken Little did not know what had taken place. Once Tony was ready to be released from the hospital, it was evident that he would not be able to resume his normal pet care duties.

The neighbors decided that they would help out. They wanted to make sure that Chicken Little was able to find an awesome new home. 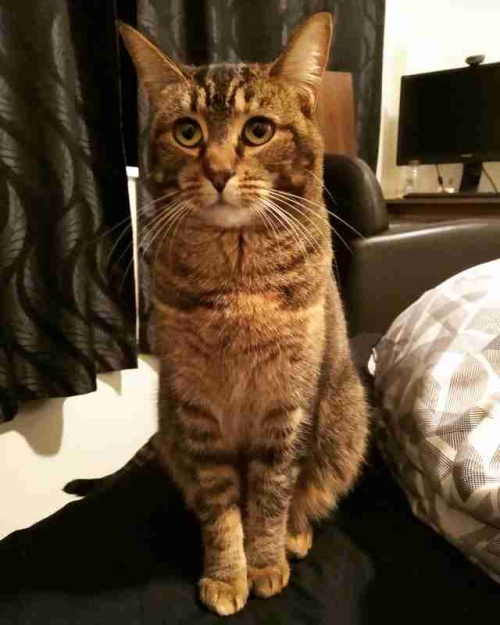 Amanda Hassan saw one of the neighbors’ Facebook posts about the sad situation. She happened to be on a foster pet waitlist at the time, as well. Amanda made the necessary arrangements so that she could take Chicken Little in.

The two became fast friends, of course. Amanda says she’s a chatty cat and that she has lots to say. 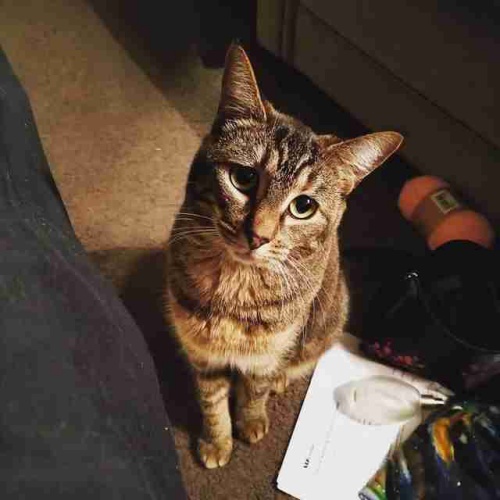 Tony has since moved into a nursing home. They are able to provide him with everything that he needs at this location. Chicken Little is happy in her new home, but Amanda knows that she misses her old father.

The nursing home does not allow pets. However, the staff there is pretty incredible.

“The nursing and care staff just pretend they don’t see her,” says Amanda. 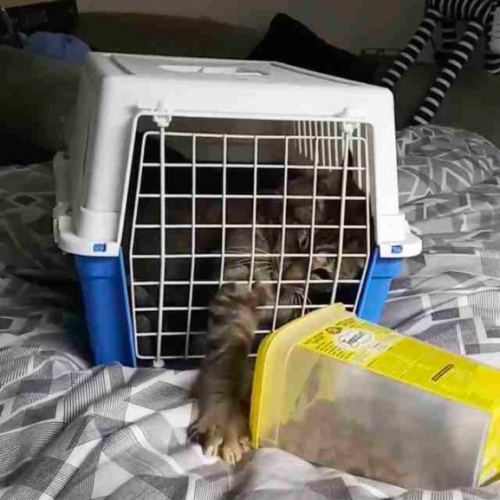 Their willingness to look the other way on this matter is truly admirable. Bending the rules is not always acceptable but in this case? I think we all can agree that this is pretty awesome.

The first visit, Chicken Little was a bit shy, but it did not take long for her to acclimate to her new surroundings. 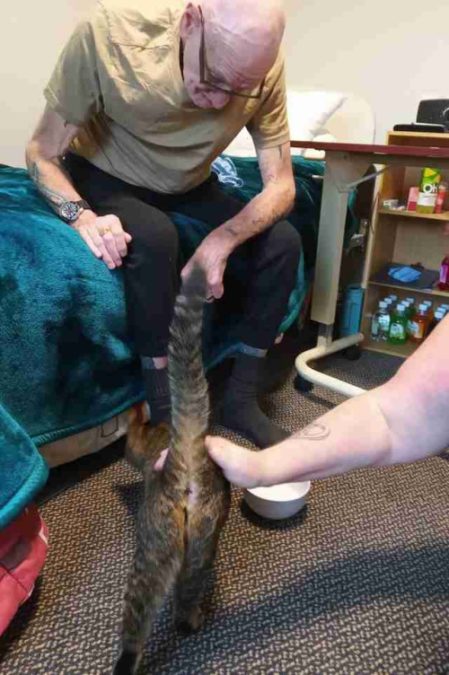 As soon as she saw Tony, she went right up to him. The two have the sort of connection that cannot be broken — it doesn’t matter how long it’s been since they’ve seen each other.

Tony had called the cat Little Angel when she belonged to him. He was happy to see Chicken Little prospering at her new home. The visit went very well.

They are still able to hang out whenever Amanda has time to bring her by. 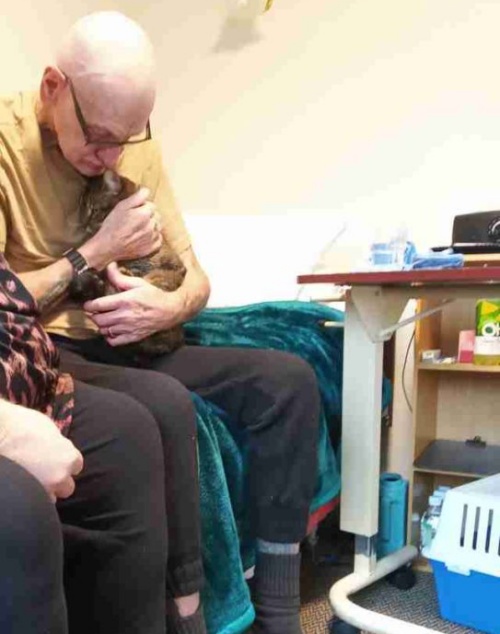 Amanda hopes that these visits can become a fairly regular tradition. With any luck, they can return to Tony’s nursing home once or twice per month. These visits are instrumental when it comes to keeping Tony’s spirits high.

We would like to take this time to wish these two all of the best going forward! Please be sure to share this touching tale with your friends and loved ones.