If you’ve ever owned a dog, you know firsthand how frustrating it can be to try to eat when they’re hovering around you.

Dogs basically invented begging, and they have a knack for making us humans feel bad for not giving them part of what we’re eating. Their eyes get sad, and their faces somehow get cuter, and we have the urge to give in, despite our best intentions. I mean, what’s one little bite? 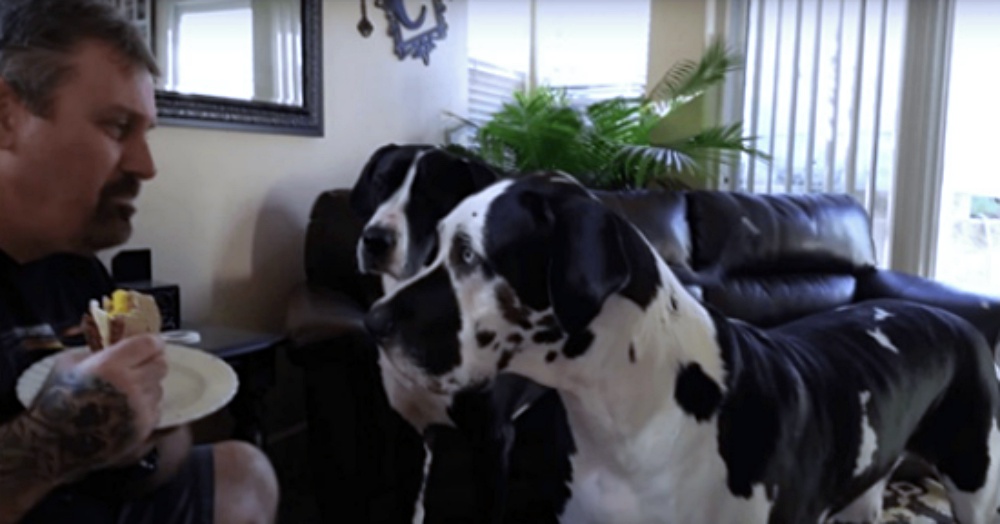 Non-dog owners may be confused by the behavior of those who give dogs “people food.” But it’s difficult sometimes, especially when they fix their sweet, hopeful eyes on you. It’s much easier to say you won’t feed your dog from your own plate than it is to actually resist them successfully. 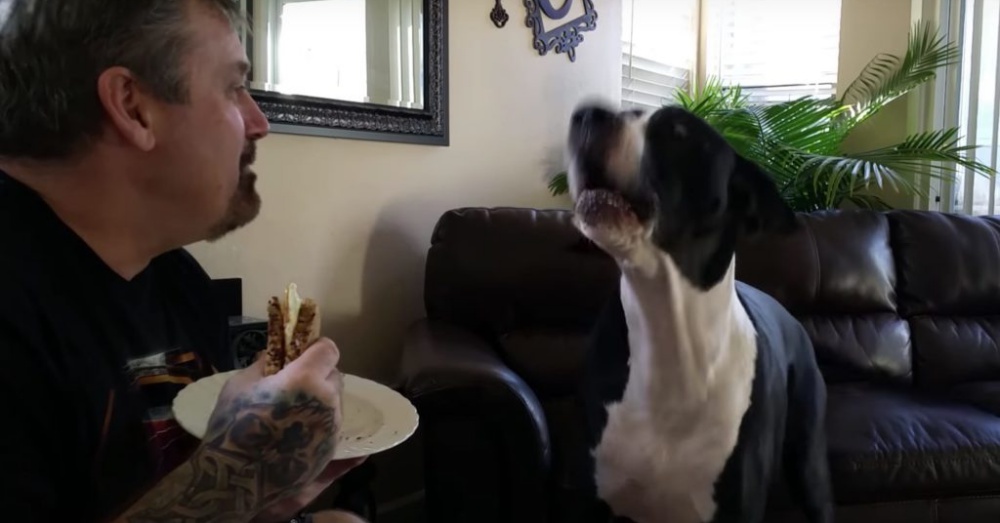 The practice of sneaking your pup scraps of food starts with just one tiny bite. Then it becomes a treat for him every now and then. It’s not like you feed him from your plate every single day…

But then, before long, your dog is waiting at the table for you, expecting a plate of their own!

Dinky the Great Dane has figured out how to schmooze his dad into giving him what he wants, and we have to say, we’re impressed. He’s figured out a very beneficial doggy life hack. 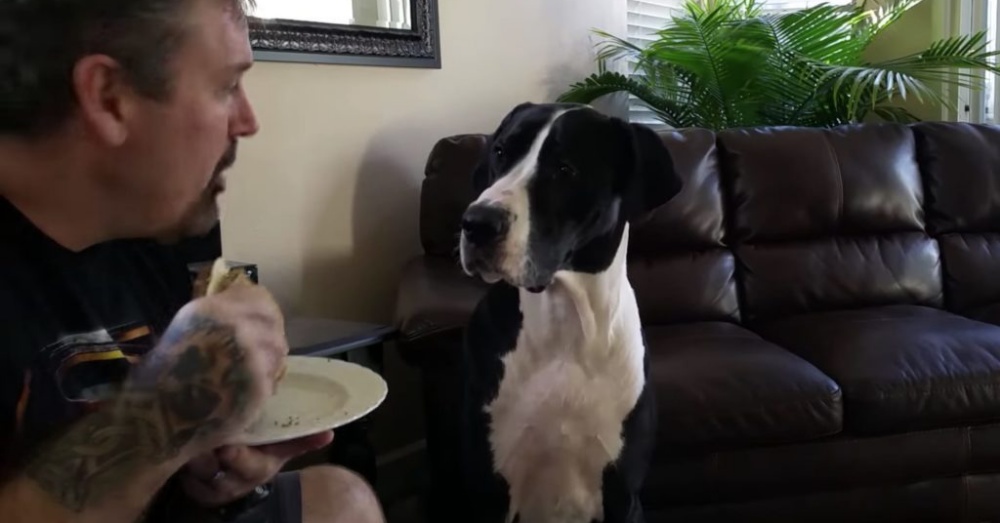 The key to his success?

As any smart dog will realize, begging can quickly become annoying, and result in scolding and no food. So Dinky took a new angle and tried making his owner laugh.

Even though his owner seems like he is not at all willing to give up a bite of his sandwich, Dinky is determined.

He won’t be denied! 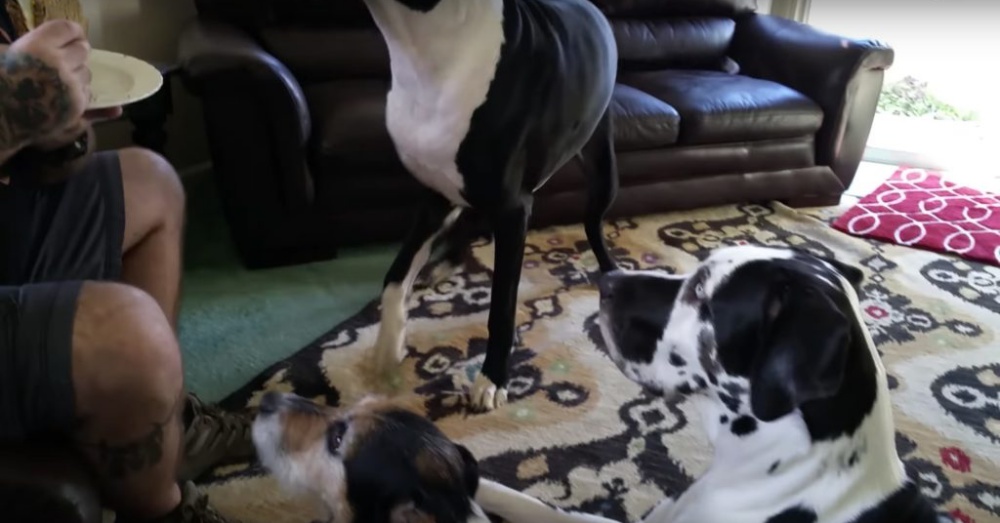 Dinky is a riot, and we couldn’t contain our laughter while watching the clip. He didn’t even bother to eat his own dinner, and still wants — no, expects! — some of his dad’s.

While his doggy siblings are nice and patient, Dinky is bold and persistent.

The question is, will it pay off? 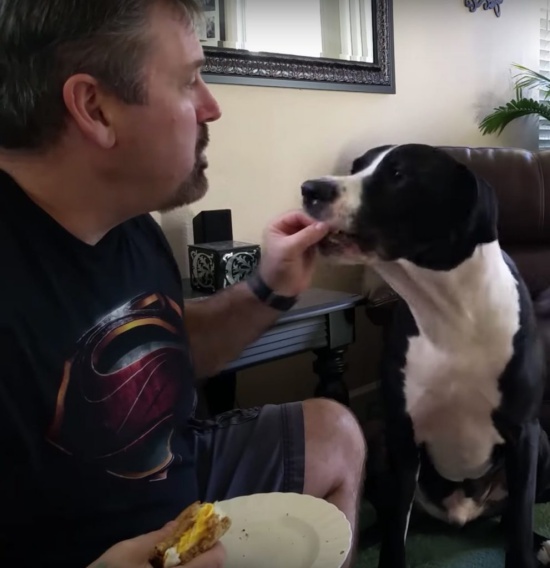 Watch the entire clip, and let us know if you’re surprised by the ending! We have a feeling that dog owners won’t be all that shocked.