Two garbagemen were going about their daily routine collecting waste when they discovered something absolutely heartbreaking.

While doing a run for their garbage disposal company, the two workers were about to crush garbage in their truck when their heard a desperate wail. They realized it was coming from one of the bags and immediately stopped what they were doing to see what was going on…

When they located the noise and peered inside the plastic bag where it was emanating from, they were shocked. They were looking at a tiny, malnourished kitten who had been doused in gasoline.

Some monstrous human being had decided that not only were they going to literally throw the helpless kitten away, but they went so far as to cover her in flammable gas to ensure her death.

It was a despicable and disgusting thing to do, and there is no excuse for it.

Thank goodness that this sweet grey kitty was rescued in time by these two heroes. They took her to the animal hospital immediately, not even hesitating to take time out of their work day to tend to the small creature.

The kitty was starving and extremely dehydrated. It’s a miracle that she even survived until she was found, especially considering the closed space she was trapped in and the toxic fumes she had been forced to inhale. 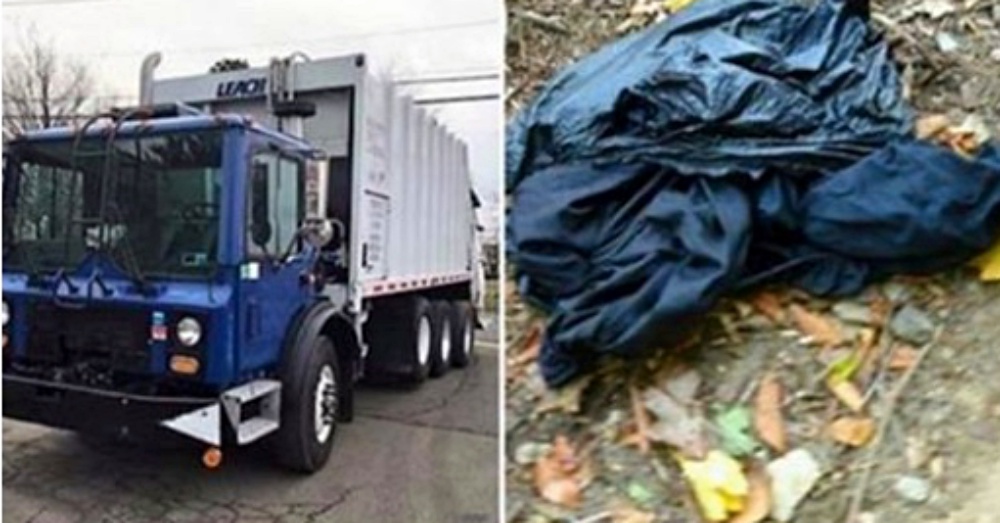 She was given the name Maisy, and quickly achieved a small amount of fame that led her to be known as Miracle Maisy.

She’s recovering well, and basking in all the love, affection, and attention she’s deservedly been getting. Her sweet personality is shining through, too.

Eventually, she will be healthy enough to be placed in her forever home. We wish Maisy all the love and happiness she deserves, and are so happy that she will be in a home with people who care about her.

This wouldn’t have even been possible without the sanitation workers who found her and got her the help she desperately needed. They went above and beyond, and saved Maisy’s life because of it.

No animal should be abandoned, and going to these lengths to get rid of a young defenseless creature is reprehensible. Just because a person doesn’t want an animal anymore doesn’t mean they are allowed to be this cruel to an innocent creature. Miracle Maisy (and all abandoned animals) deserve so much more than this.

Please share this story to raise awareness about animal abandonment. It needs to stop.