A few years ago, Nicole Böhm was smitten by a set of kittens she saw on a German farm. Their adoption changed all of their lives for good, but Böhm had no idea just how unusual one of her new feline companions would turn out to be!

Elli and her sister both were beautiful kittens when Böhm adopted them. They both had gorgeous tuxedo coats that really stood out.

But Elli’s look slowly started to change, in a stunning way. 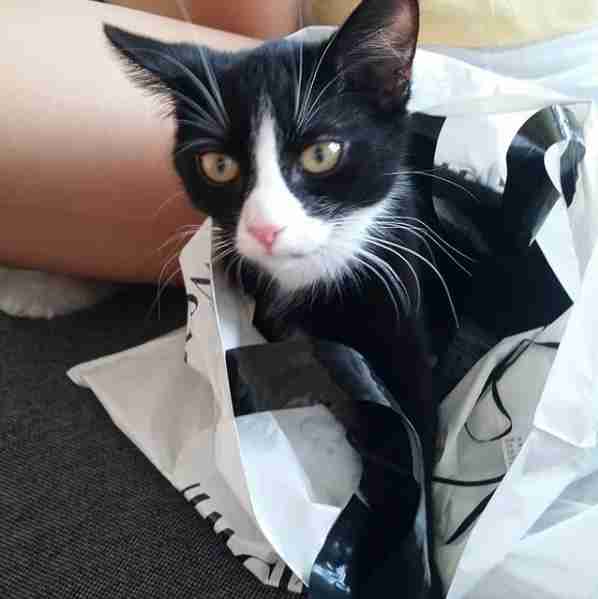 Not long after she was born, Elli’s coat began to change. She started to get unique flecks in her once jet-black fur.

So Böhm took her to the vet to make sure nothing was wrong with her health. 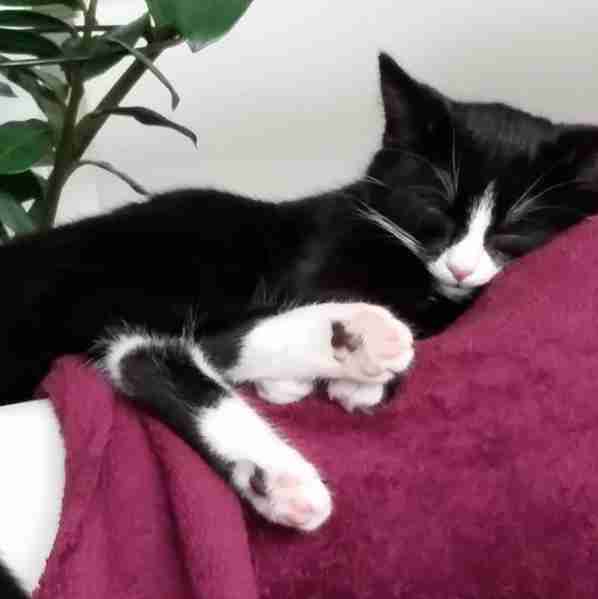 The vet diagnosed Elli with a rare condition called vitiligo. It doesn’t hurt and isn’t life-threatening — it just causes a loss of pigmentation. Humans can have the condition, but many people are unaware that it can happen to our furry friends as well. 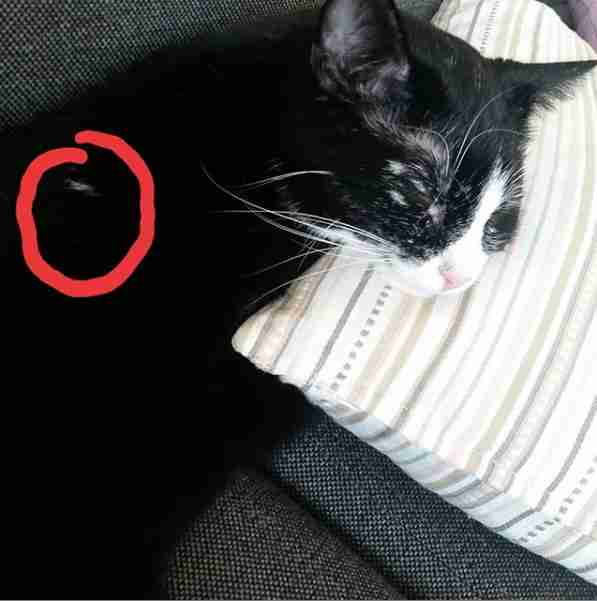 Elli did not have any other health problems, which was a relief to Böhm.

As the days and weeks went on, Elli’s coat continued to change. The small flecks spread into larger speckled swaths of color. Eventually, whole sections of Elli’s fur turned from pure black to pure white. 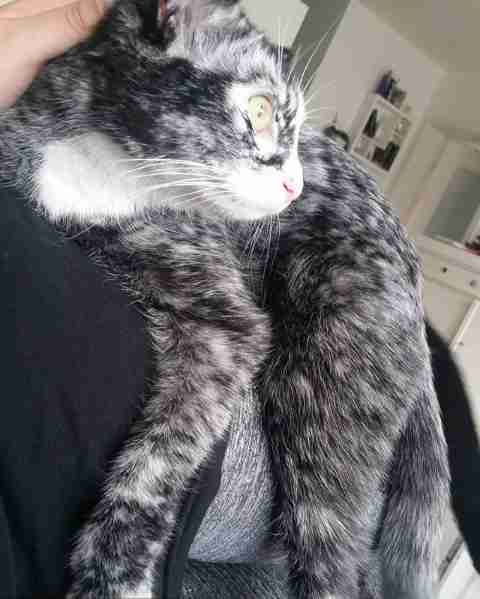 Böhm couldn’t believe how much her cat’s appearance had changed! From the first speck to the final stages of transformation, Böhm remained shocked. 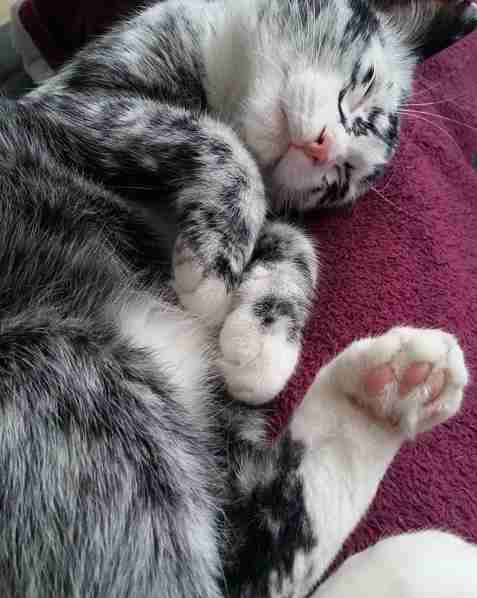 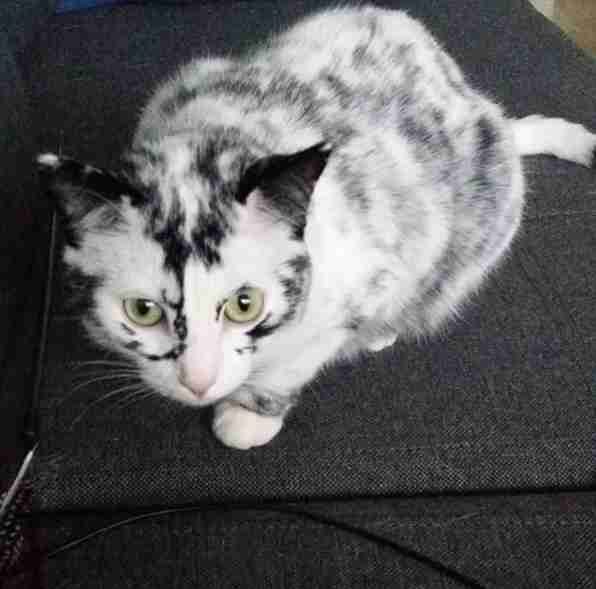 Elli’s sister doesn’t have vitiligo, and doesn’t seem surprised by the change in Elli. They’re still big fans of one another! 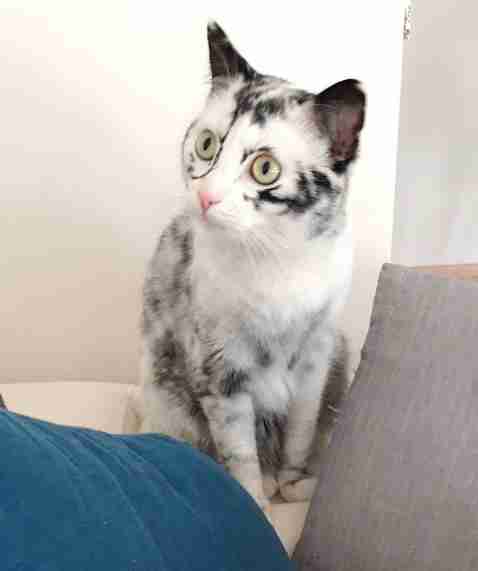 The black markings on Elli’s face are supposed to remain, even if their rest of her fur continues to whiten — which it’s expected to do. Every day, Elli’s fur changes just a little bit more. 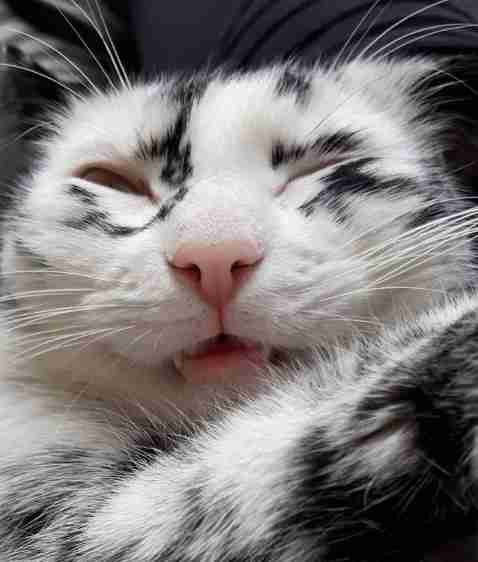 We hope that Elli and her family stay healthy and happy! 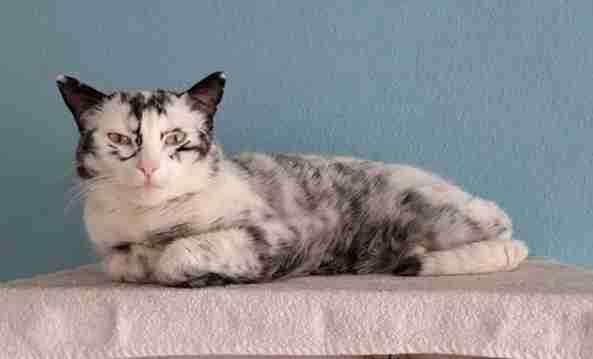