Bell was a street cat until her new family finally decided to step in. They took her in when she was just a baby.

She was diagnosed with cat flu and had to battle a bad case of fleas, but it did not take her long to bounce back.

Her new family loves her very much. Their willingness to help out has changed her life. The love that they have for Bell is certainly being reciprocated. 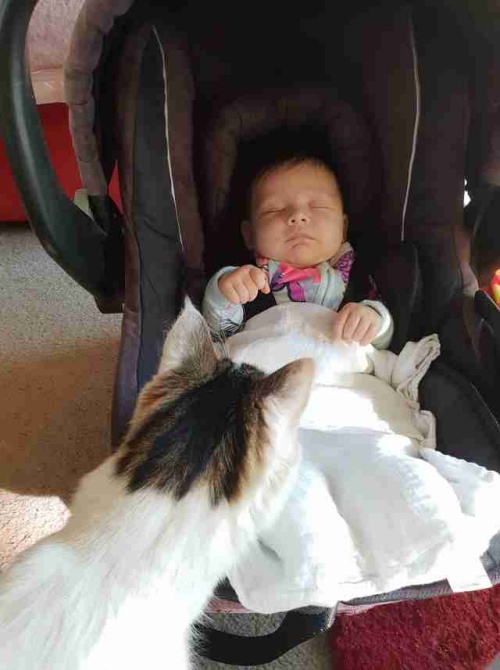 As Bell’s new mommy, Aurora loves to spend time with her. The two became fast friends.

Bell’s not too wild about strangers, though. She and her feline brother, Hugo, soon welcomed a new addition into the home. 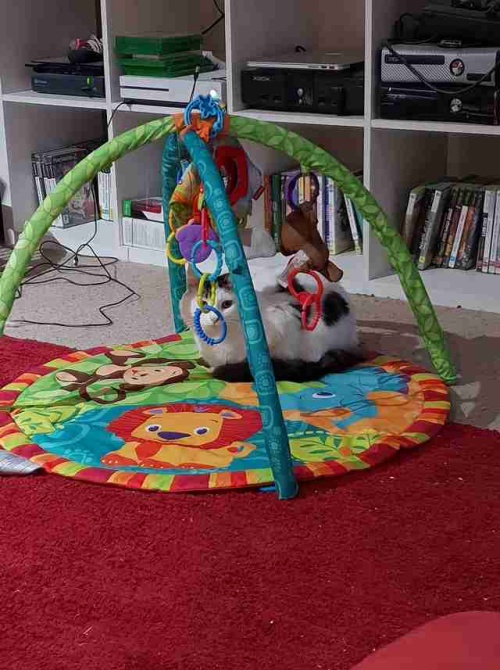 They now had a new baby sister. She’s a human, though.

They weren’t too enthused initially. After all, why should this newcomer show up and usurp all of the attention? 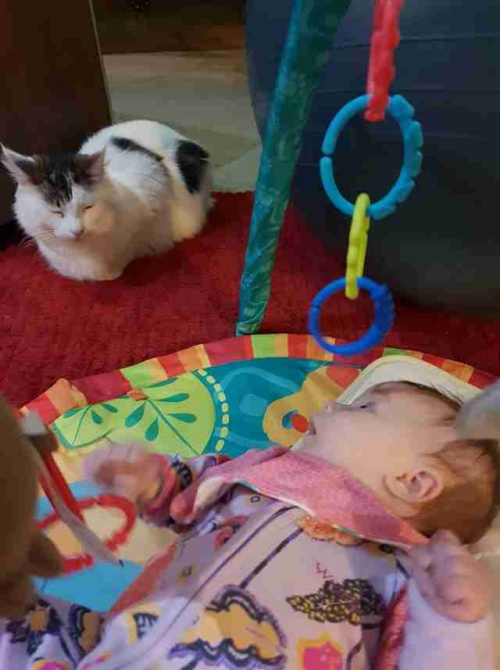 The two cats stopped by to give her a sniff when they first met her, and that was about the extent of their interactions for a while.

Bell soon came to the realization that there was a reason to be excited, though: the new baby came with all sorts of new toys that were fun to play with!

It turns out that having a new baby sister was better than she expected. 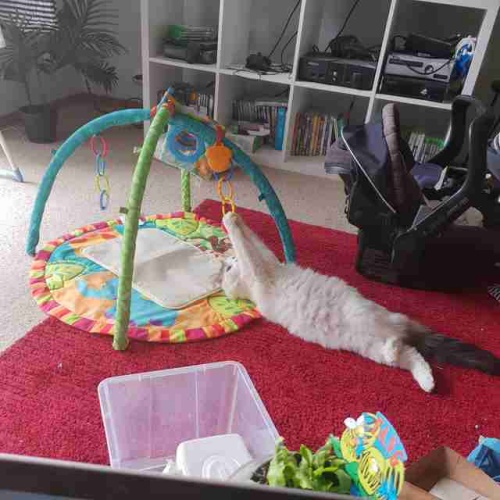 Once the parents set up baby’s toys, Bell knew that she was in for some fun. In fact, the idea that they may not belong to her didn’t even occur to her. She thought that the toys had been purchased on her behalf.

When the baby attempted to play with their new toys, Bell took offense. She sincerely believed that these toys were hers and she was not looking to share them with anyone. 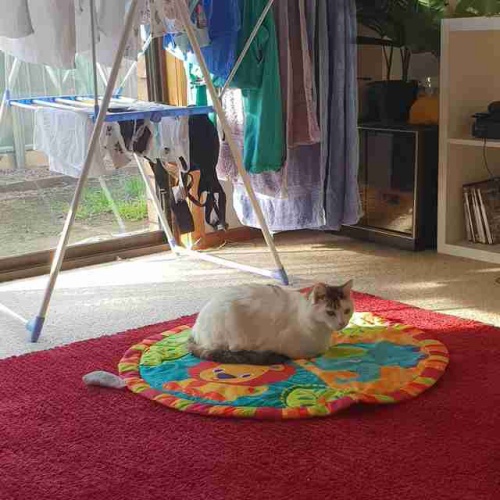 According to Aurora, Bell seems to enjoy the toys far more than the baby does at this point. The play mat is one of her absolute favorites.

After a while, Bell finally came around on the idea of having a new sibling. She realized that the toys were for both of them to enjoy. 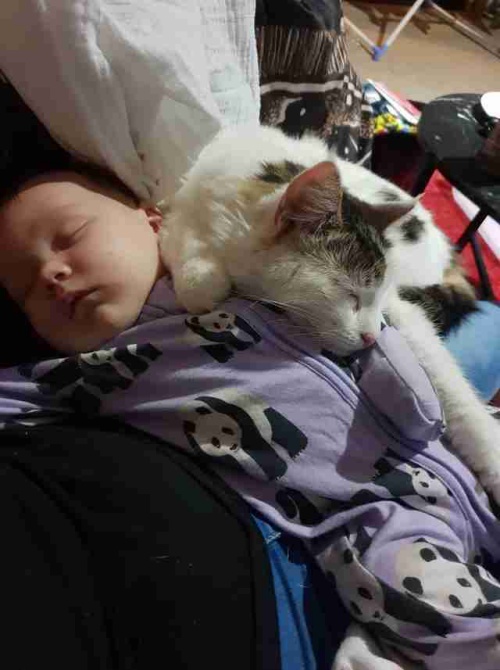 They soon fell in love with one another. Now, they are the best of friends and they share the toys in a proper manner!