When Animal Aid found out about an unusual-looking dog roaming the streets in India, they soon discovered just why the poor creature looked as strange as he did.

The dog’s face looked more like a pig’s than a dog’s. When rescuers attempted to gently capture the animal, he ran away howling in pain.

It was clear that the distressed dog needed medical care.

It took some coaxing to get the dog to trust them, but eventually, his rescuers got him to come with them to the vet. They were so nice to him that they even got his tail to wag!

The vet looked the dog over and discovered that his odd appearance was caused by a severely infected abscess on his face.

No wonder he was in such pain!

He would need to have surgery to drain the abscess and allow the swelling to go down in his face. Finally, the poor dog would no longer hurt so much! 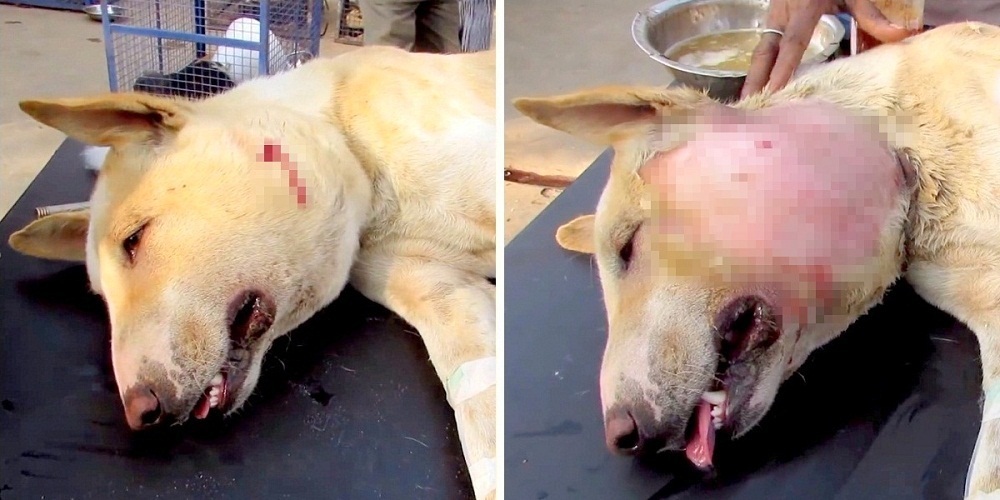 The surgery was a success, and we are happy to report that he is fully recovered. In fact, he doesn’t look at all like the dog he used to — and not just because his face shape is different. He’s a happier, healthier, and pain-free dog, and his demeanor shows it.

We’re so relieved that he is feeling and looking better. He’s gotten a new lease on life, and it shows. Seeing him strut around at the shelter in the clip below with a huge grin on his face brings us such joy!

It’s all thanks to the helpful people at Animal Aid Unlimited. 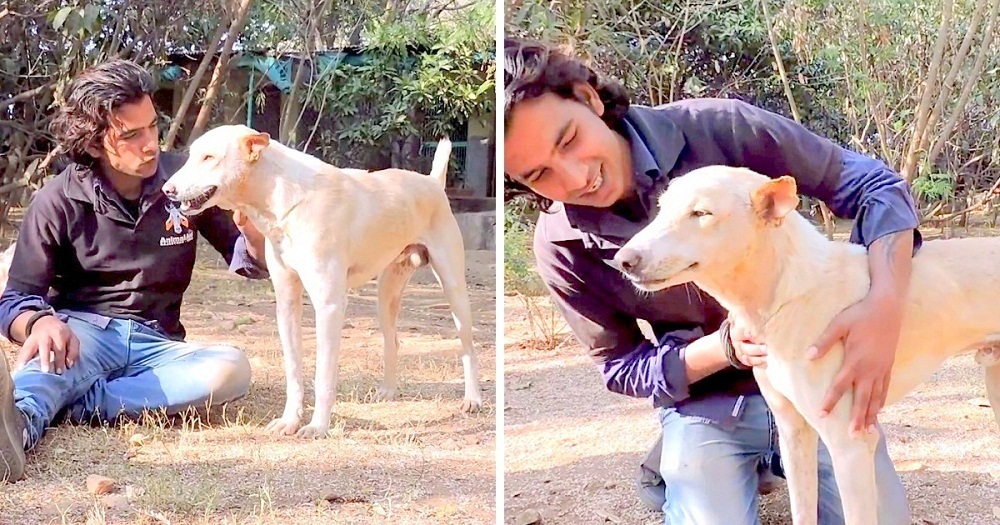 To learn more about this pup’s incredible recovery, check out this clip. However, we’ve gotta warn you that the footage of his surgery may be tough for some viewers to watch. If you have a weak stomach or can’t stand the sight of blood, it may be best to steer clear of this one.

If you do watch it, it may be a good idea to have some tissues handy. Watching him go from a scared, helpless dog in a huge amount of pain to a chipper, lighthearted pup is just so sweet!

Warning: the footage in this video may be hard for some viewers to watch.