From the moment that Alicia and Kyle Castillo got married two years ago, their family and friends all repeatedly asked the same annoying question: “So are you thinking of having a baby?”

The couple, who began dating back in high school, had other plans they wanted to accomplish, like traveling, before having kids. The couple already had a 9-year-old Lab, Hank and the trio was more than happy together. 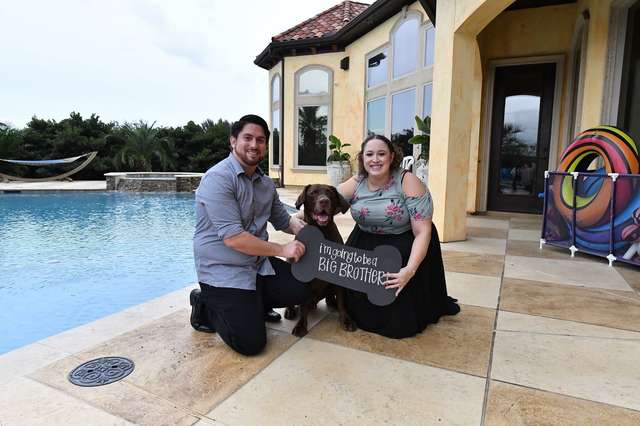 Annoyed with the constant pressure to procreate, the pair hatched the perfect trick in order to hopefully silence the questions. 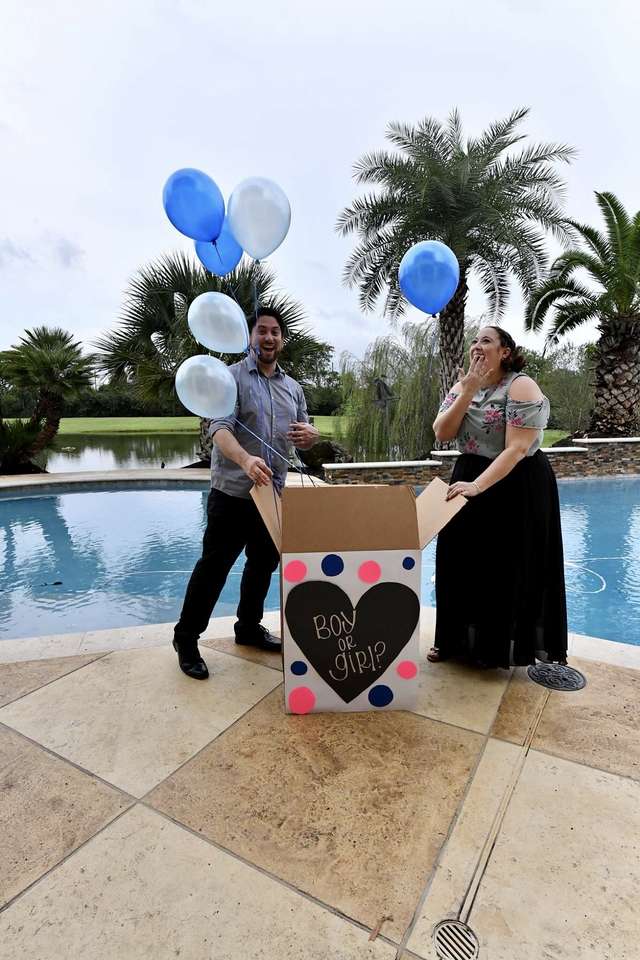 Castillo explained to The Dodo, “When we got married almost two years ago, everyone was quick to start asking when the kiddos were coming. It’s kind of annoying to say over and over, ‘Not anytime soon.’ So we decided to play a little prank on everyone to get them off our backs.” 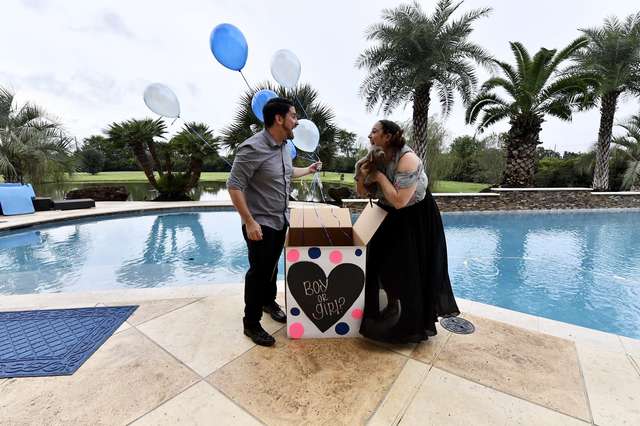 Castillo had already been seeing plenty of gender reveals on her social media, and that is when she got the idea to do a little reveal of her own – but for the couple’s brand new puppy.

The couple got busy, creating special signs, decorating a box and filling it with blue balloons. 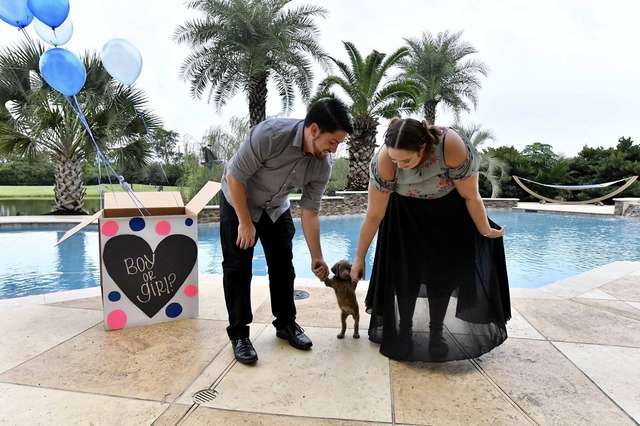 “We were so pleased with ourselves the entire photoshoot, laughing about how everyone was going to freak out when we posted [on social media],” Castillo said. “My dad did the photos for us and said he couldn’t believe how far we were going out of our way to troll all of our friends and family.”

When creating the Facebook post, the couple cleverly left their puppy out of the first couple of pictures in order for their friends and family members to be forced to click on the post and scroll through the photos in order to get to the real reveal.

They also kept the post’s caption vague, writing, “Okay guys … so I know that we said that we would not be growing our little family for a few years, but when you have a happy little family as perfect on ours, it’s hard to not want to share it with another member. Welcome to the fam Cooper James Castillo.”

Once they uploaded their gender reveal to Facebook, the comments flooded in. Clearly not viewing the post in full, there were many well-wishers who were congratulating the couple on their pregnancy before realizing their mistake and that the gender reveal was actually for another dog. 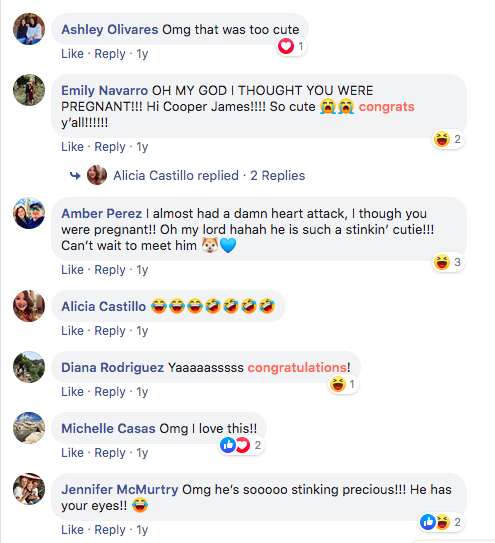 “People thought it was hilarious but they were definitely like, ‘Wow, you got us,’” Castillo said.

However, it worked as both friends and family are no longer asking the Castillos about kids. Which is a good thing, as it gives them time to focus on their new arrival: Cooper.

“Cooper is the goofiest, most derpy dog I have ever met. He is so lovable and just loves life. He is a ball of energy. Hank is more chill and relaxed, a wise old man,” Castillo said. “They have so much fun playing together and Cooper definitely brings the young buck out of Hank.” 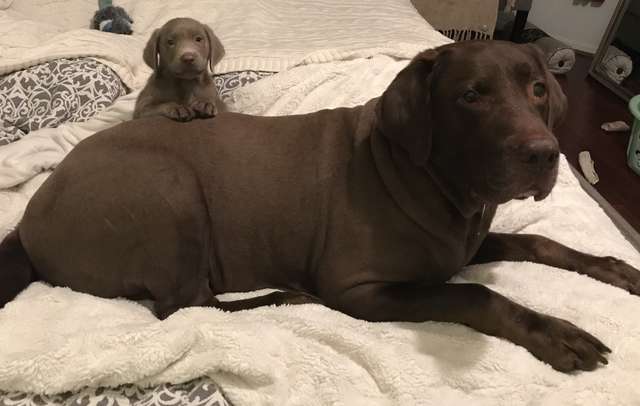 Castillo added, “Hank will act like he is annoyed by Cooper but he is such a liar … they are constantly playing and roughhousing together. And when they are not playing, they are always cuddling — they always have to be near one another.”

The couple couldn’t be happier with their beautiful family of four.