For many animals, life outside the kennel is a distant dream.

In an effort to draw attention to caged creatures around the world, one man in France is getting used to the same cold and often uncomfortable reality they face on a daily basis, and he won’t be released until all 300 of his shelter’s animals have been adopted or €50,000 has been raised for their welfare.

Starting on Nov. 11, Remi Gaillard, an internet entertainer most commonly known for the pranks he posts to his YouTube channel and Facebook page, will live in a cage at the SPA Montpellier Mediterranee Metropole until either of the conditions have been met. With over nine million Facebook fans, Gaillard’s initiatives go anything but unnoticed, and for good reason. In a previous campaign, he protested the harms of animal abandonment by spending a number of days chained up and helpless on a roadside.

Gaillard said he will subsist on nothing but the same treatment the other animals in the kennel receive, and intends on broadcasting the event live on Facebook. 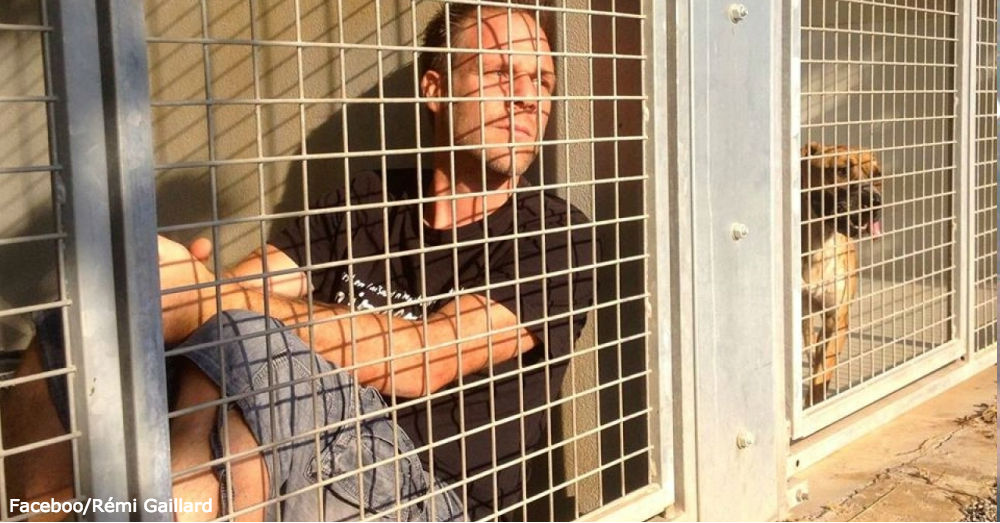 “He is expected, we are organizing everything,” Annie Benezech, director of SPA Montpelier told Europe 1. “It is a very generous project, and we admire Remi’s commitment to the cause of animals.”

Gaillard is known for sharp-witted comedy with a real-life twist, and his dedication to animal rights is just as apparent. In typical Gaillard fashion, the mischievous man from Montpelier has released his own adoption notice to accompany his stay in the kennel.