A man was over the moon since he just adopted an adorable 9-month-old American Eskimo mix puppy. He wanted to show the little pup how beautiful Chicago winters can be, so he headed to Lake Michigan. The two were strolling near the lake when the puppy named Pika escaped and slipped into the icy water.

Without hesitation, the man plunged in after the puppy. Lake Michigan was frigid with ice surrounding and covering the shore. The man grabbed Pika and lifted the pup above his head to keep him out of the freezing lake. He attempted to climb the ice-covered shore, but he could not get out. 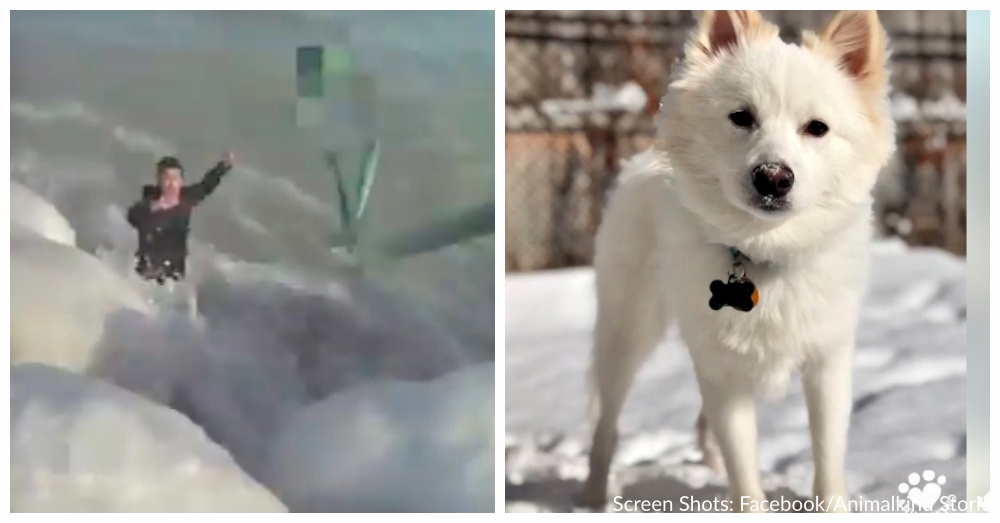 Thankfully, someone saw him jump into the lake and called 911. Chicago police officers arrived at the scene and saw the man standing in the icy water. They called him over and threw out a leash for him to grab. The little pup was scooped up by one of the officers, while the others attempted to rescue the man.

In an attempt to warm the dog, an officer tucked him inside his coat. They pulled the frantic man from the water and wrapped him in a blanket. They carefully made their way back to the police vehicle, where heat and his adorable dog was waiting. The two were reunited and finally safe thanks to the officers.

The man said, “I have no doubt that I would have died without help, I am forever grateful to them.”

The entire rescue was captured on one of the officer’s body cameras. Watch the amazing rescue in the video below.