Frankie Blue Eyes Makes Sure This Retirement Community Gets Its Much Needed Fur Therapy!

Since the 1980’s, the value of pets in nursing homes has been acknowledged, and no one embodies that more than Frankie. Affectionately known as Frankie Blue Eyes due to his striking eye color he resides at Bayview Retirement Community, where he wanders the halls, greeting residents and visitors, and even joining residents in their rooms. His presence is not just adorable, it is a major boon to residents! Even just observing him will put a smile on your face. Talk about a wonderful guy!

This is Frankie. You can clearly see why he is known as Frankie Blue Eyes!

Frankie has (almost) free reign of the facility. It isn’t unusual to see him walking the halls or lounging in front of windows.

Frankie has a number of perches and beds that he lounges in that allow residents to interact with him easily. Interaction with animals helps reduce stress and raise moods in the residents.

Despite his love of the public, Frankie also makes sure to visit residents in their rooms. The fact that some have treats is just an added bonus! His personal visits are especially good for patients that are less mobile. Considering pets can help with pain management and help lower stress and blood pressure, these visits are extremely important to the residents.

Although he loves visiting with people, sometimes he just wants to be a normal cat. So he steals peoples beds to take long naps!

There is so much to Frankie’s story that it’s hard to capture. However, hearing about him from the residents and staff shows just how vital he is to everyone at Bayview. Take a look for yourself!

There are other amazing cats like Frankie that are making a difference in seniors lives every single day. Meet Mr. Pickles! 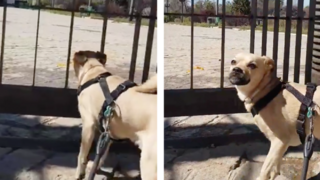 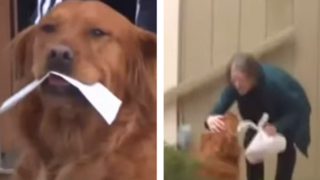 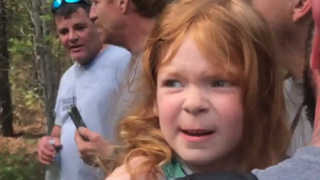