“Frankenkitten” Has Four Ears, One Eye, and Now a Forever Home

When an Aussie family found a couple of tiny kittens under their house one day, they knew they couldn’t just leave them there to fend for themselves. They took in the tender pair—consisting of two boys—for a while and then brought them to the Geelong Animal Welfare Society (GAWS) for medical care.

They weren’t an ordinary couple of kittens, though; one of them was very unique, possessing four ears and an overbite, both of which were due to a genetic deformity. It’s believed that his extra set of ears aren’t actually functioning, and he will someday need some teeth pulled so they won’t grow into the roof of his mouth. 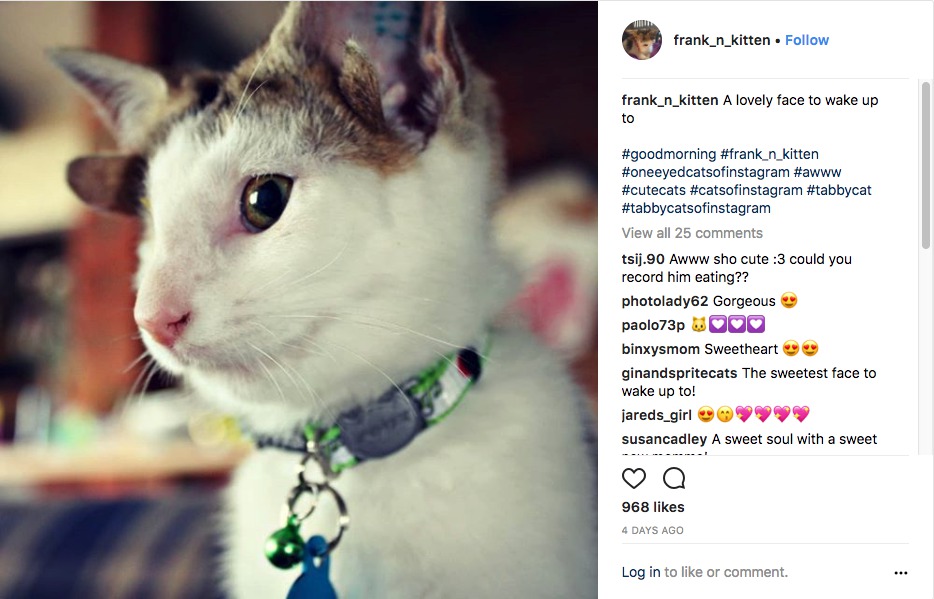 When this kitten was placed into the caring hands of the GAWS staff, they also discovered that one of his eyes was damaged and infected, undoubtedly causing him a great deal of pain. He immediately went under the surgeon’s knife to have it removed.

So now the kitten has four ears, an overbite, and one eye. Staff dubbed him “Frankenkitten,” or “Frankie” for short. He was then given to a GAWS employee, Georgi, to foster him while he recovered. 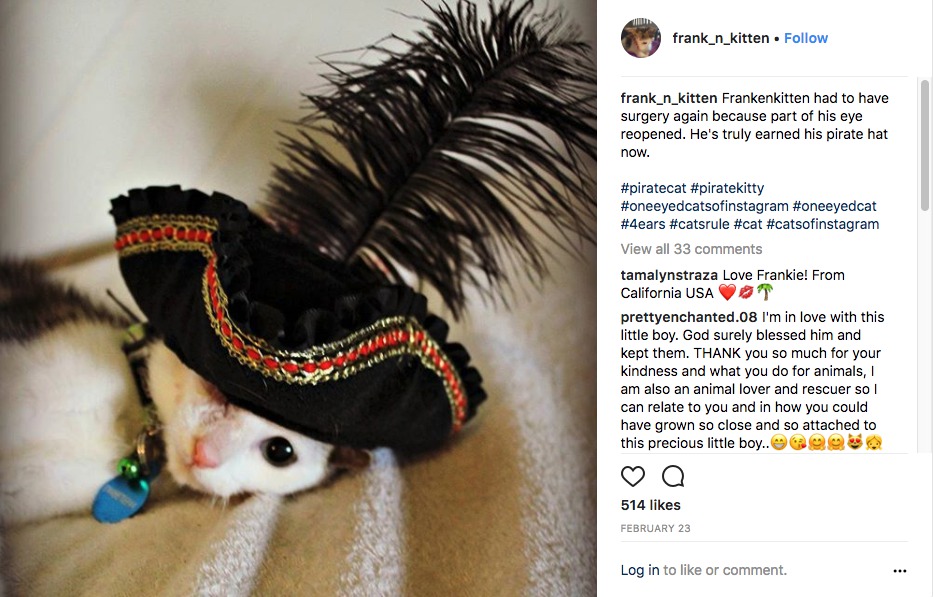 Photo: Instagram/frank_n_kitten; Everyone can go home now. We have officially found the greatest picture on the internet.

Now, Georgi was no stranger to being a foster mom; she’d taken in nearly 80 felines in the last year alone.

But Frankie was different. After having him in her home for only a few hours, she realized she wouldn’t be able to part with him. She signed the adoption papers soon after. 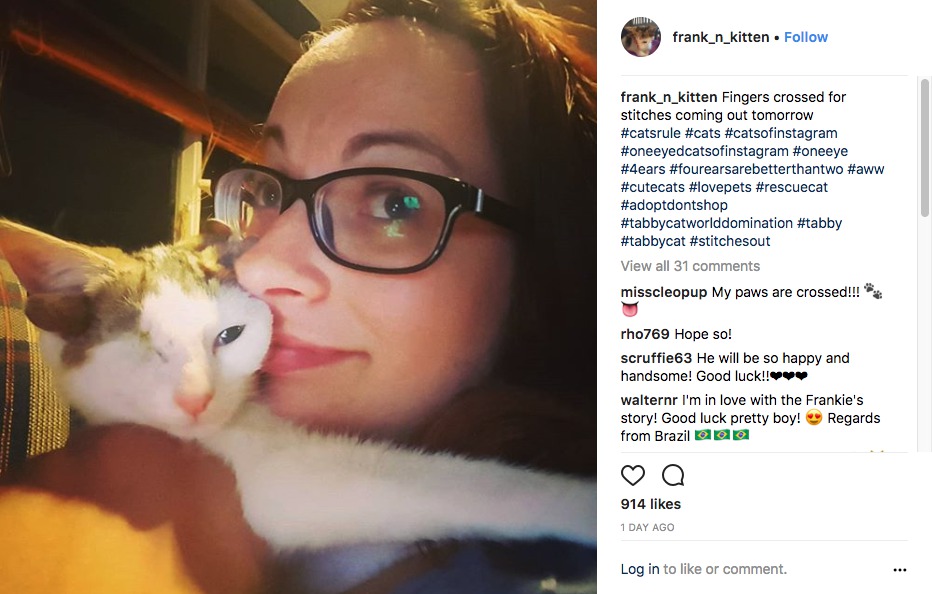 So little Frankie is now in his forever home, where he has become somewhat of a star on Instagram. The sweet kitten loves nothing more than to cuddle up with someone, get his ears scratched, and wake up his humans with a kiss on their noses!

While Frankie may have some complex medical needs, he has GAWS—and of course, Georgi—at his side; the organization plans to care for him “no matter the cost,” says Love Meow.

Need to see more of Frankie and his adventures in his new home? We certainly don’t blame you! See more adorable pictures and learn more about his journey via his Instagram page.

Learn how you can help special needs animals like Frankie on the next page!