Davy Gallant from Québec, Canada, was driving home when he noticed something in the tall grass on the side of the road.

A straggly kitten popped its head out of the grass as Gallant and his son drove by. He immediately stopped and went to see if he could help. He called to the kitten, and it came running to him begging for affection.

Gallant tells Love Meow, “We give the animal a few minutes to warm up to us. If they come running, we give them a home (or try to find one). If they avoid us, we alert the local animal shelter to send someone over to help.” 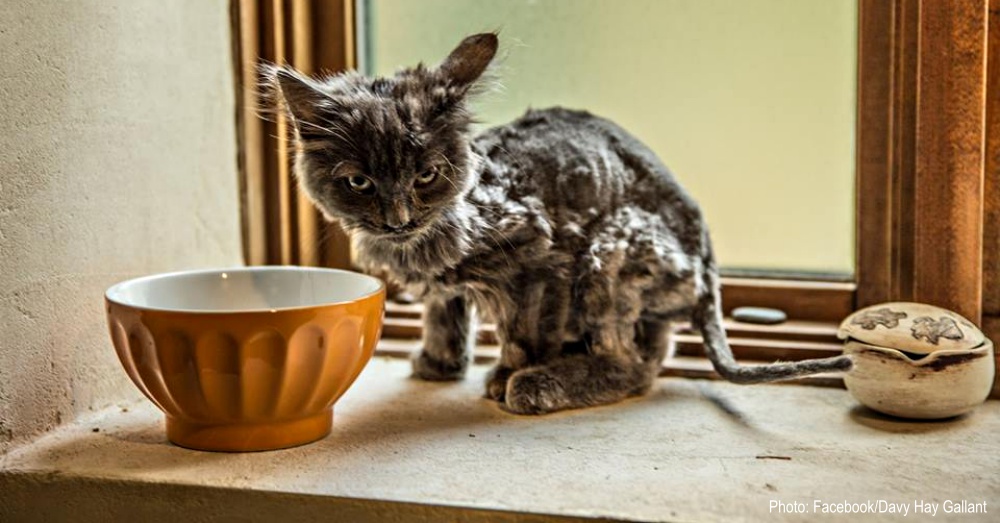 This was not the first time that Gallant has seen or saved an animal from this area. Years before he rescued a cat, Couscous, who did the same thing. Couscous passed away after spending 14 years with the family. He knew that this frail, skinny kitten was going to be a part of the family.

Once they got the kitten, later named Barley, home, they discovered she had fleas. After a warm bath and flea treatment, she was offered food. Barley had been deprived of food for a while. She was skin and bones. To help her eat, Gallant added water to the kibbles to soften them.


Just three months later, she is a healthy, fluffy cat. She loves to cuddle and can be found in the lap of her family. “Her life now is great… She shares the house with the family, Kinoa the cat, Bella (a rescue dog) and Maika the Munsterlander,” says Gallant.


Gallant posted on Facebook, “How anyone can just abandon an animal by the road is beyond my comprehension.”