He May Be Tiny, But So Far This Spirited Kitten Has Kept Everyone Guessing

Kittens generally don’t leave their mother until they’re eight weeks of age, which is why it was startling to find this week-old kitten outdoors in Chandler, Arizona, with no mother in sight.

The tiny animal was quickly transported to an nearby animal rescue shelter, then in turn placed in foster care, with a young woman, Melinda Blain, who makes a point of fostering young feline orphans. Blain recalls how the kitten, which she named Mety, was only about 100 grams – about the size of a newborn kitten, meaning he was severely underweight for his age – but nevertheless lived to snuggle. 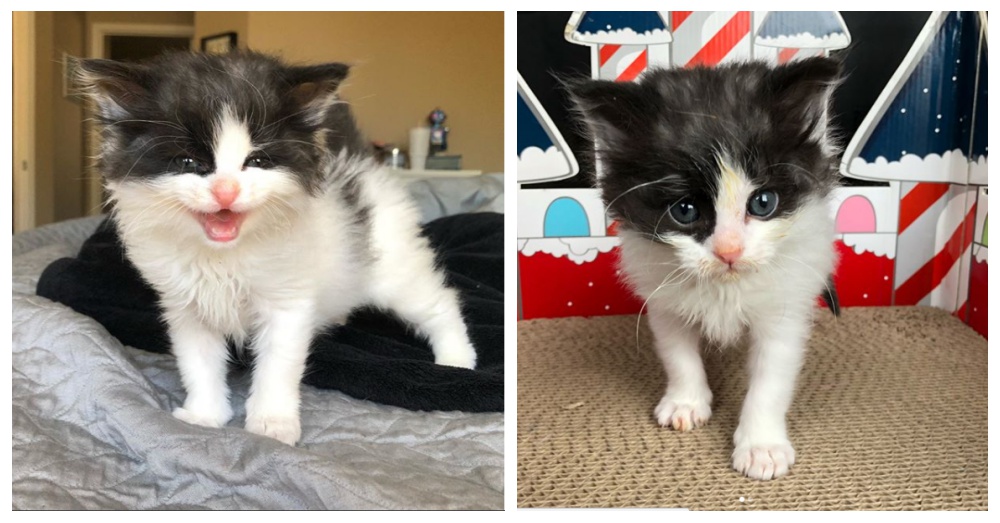 “Mety was so malnourished, and he was found with his sibling who had already passed away,” Blain told Love Meow, describing Mety as a quiet kitten who only gets rowdy when he hears Blain getting his bottle ready. The kittens’ appetite was such that he managed to put on 20 grams within 24 hours, essentially increasing his body weight by one fifth. 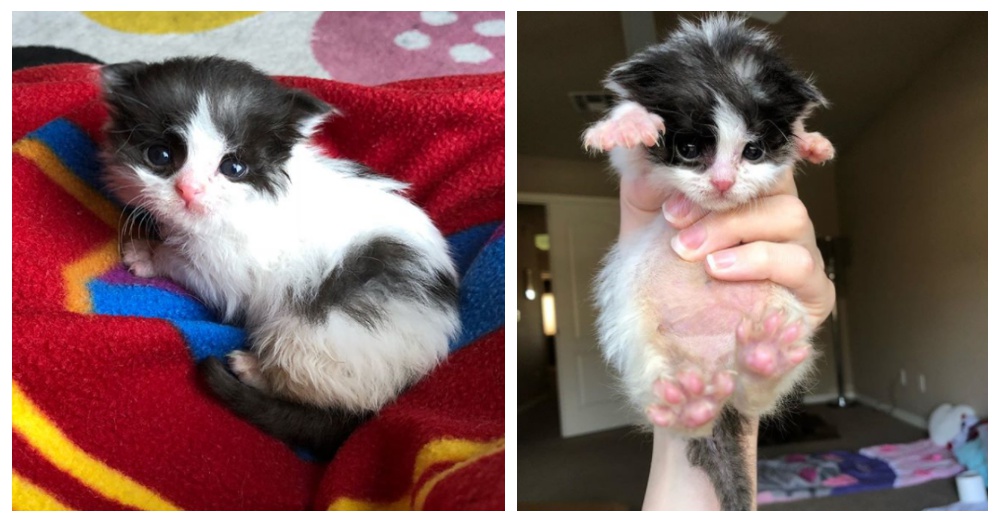 Not only has Mety’s ravishing appetite fueled a growth spurt, he’s also learning to walk, though Blain likens his efforts so far to an adorably uncoordinated waddle. Regardless, Mety is cute, cuddly, and has clearly has got some spirit. In about three weeks, he’s also learned to use litter box and – contrary to most cats – really loves bathtime. Mety will be ready for a forever home soon, so keep an eye on Melinda Blain’s Instagram feed to follow his progress.

Click ‘next’ to read about how a rescued kitten and squirrel became best friends!