The draconian practice of using baited foothold traps to catch animals, banned for 30 years in New Jersey for its cruelty, has just been legalized in the state once more.

“Foothold” or traditional “leg hold” traps snare an animal by the leg once they’ve reached in to grab bait. They have been traditionally used by fur trappers, as the mechanism does not harm the majority of the animal’s fur. Marshmallows and other inexpensive treats have been used to lure and restrain raccoons foxes, coyotes, wolves, bobcats and even lynx.

Once trapped, the animal is unable to eat, drink, return to their nest or babies, find shelter, or defend themselves from predators. According to the Association for the Protection of Fur-Bearing Animals, many resort to chewing off their own limbs, breaking teeth and bones to get free. 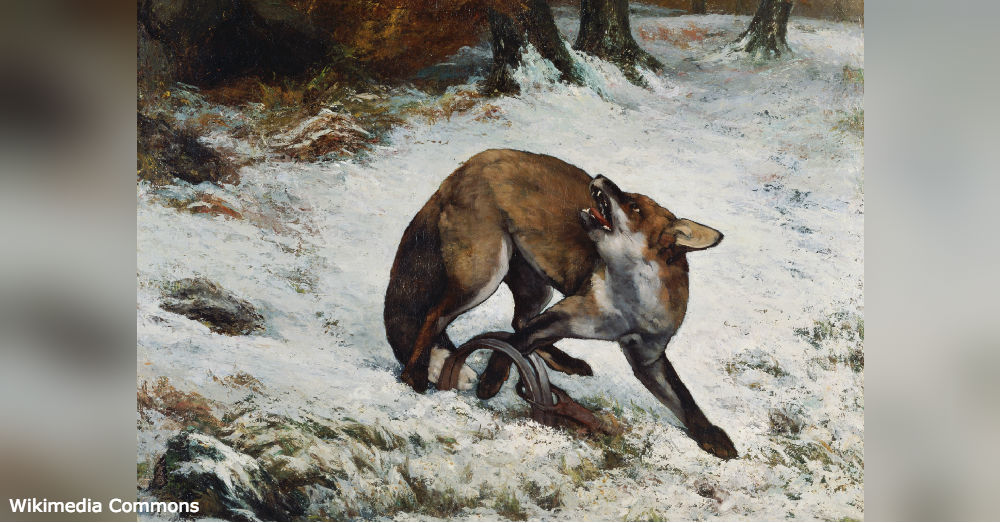 A painting of a fox with its leg caught in a steel jawed leg hold trap.

“The animal endures a painful and panic-filled wait until they either die from exhaustion, blood loss, dehydration, hypothermia, or are clubbed, choked or stomped to death by the trapper (so as not to damage the pelt),” the APFA reports.

With smaller foothold traps — according to Lawrence Hajna, a spokesman for the the New Jersey Department of Environmental Protection — raccoons, skunks, and sometimes opossums are at risk. Most cats and dogs, and anything larger, will have a harder time triggering them, he told the Dodo.

New Jersey restricts trap size to 2 inches in diameter, but no matter the rule, trapped animals face the same fate.

“There’s no way you can modify a leghold trap in a way that won’t cause extreme trauma to the animal,” Animal Welfare Institute president Cathy Liss told The Dodo. “You have a device that is slamming onto the animal’s limb, and it’s going to hold them in a vice-like grip, severely restricting or cutting off circulation. They fight to get out. Raccoons sometimes try to chew off their own limbs to get out. That just tells you how bad it is.” 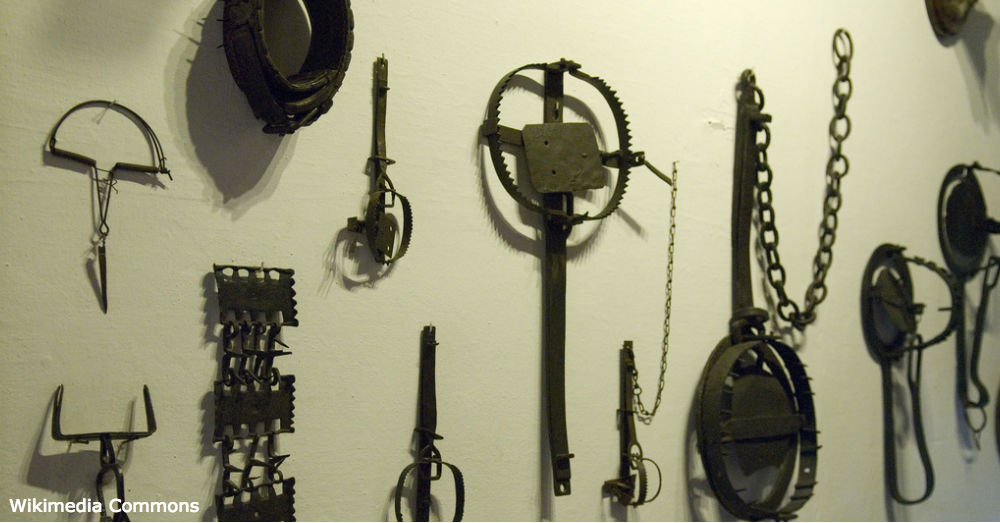 “I work with trappers in other countries to make their methods more humane,” Liss told The Dodo. “They turn to me and say [about U.S. trapping] ‘You guys are in the dark ages.'”

Foot hold traps represent a cruel relic of the past that many would like to leave behind. The Animal Rescue Site recognizes the plight that many woodland creatures face when these traps are installed, among which is one of our country’s most endangered animals — the wolverine.

Follow the button below to help protect the few remaining wolverines we have left.

Wolverines face a mounting list of threats, including habitat loss, low reproductive rates, direct and indirect trapping, and low genetic diversity.
Tell the White House to do the right thing and give wolverines the protection they deserve!
Make a difference