As Floodwaters Rose All Around Them, A Hero Rescued Six Dogs Locked In A Cage

Every year, parts of the U.S. brace for hurricane season, which always leaves a trail of devastation in its wake. One of the most alarming issues is the large numbers of pet owners who abandon their animals in the rush for higher ground.

That’s exactly what happened to six poor dogs living in LeLand, North Carolina. Not only did their human family leave them behind as they fled the storm, they inexplicably locked them inside of a cage — a lethal mistake when hurricane-strength rains and floodwaters engulf coastal towns. 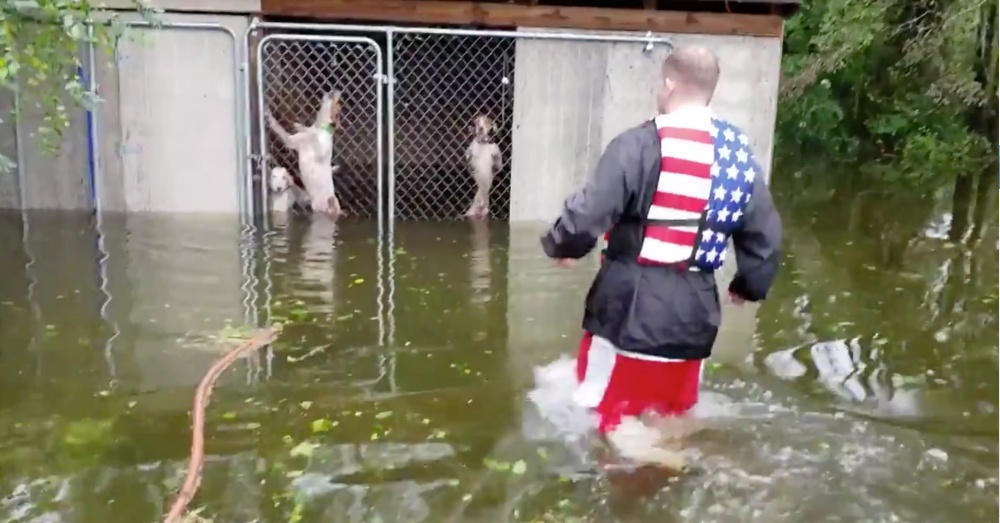 Thankfully, one good Samaritan noticed the abandoned dogs as he patrolled the submerged city. The dogs were frantically barking and pawing at sides of their cage as floodwaters rose up all around them.

When the bystander unlocked the cage, the traumatized animals quickly paddled to higher ground. But while these particular dogs enjoyed a happy ending, their story is depressingly common.

During Hurricane Florence, for example, first responders regularly encountered dogs, cats, donkeys, and horses desperately trying to tread rising waters after their owners’ fled. When animals were caged up or chained, their odds of survival significantly dropped.

Even if abandoned pets do make it to safety, their future is anything but guaranteed. Overcrowded shelters are often forced to start euthanizing animals upon reaching maximum capacity. 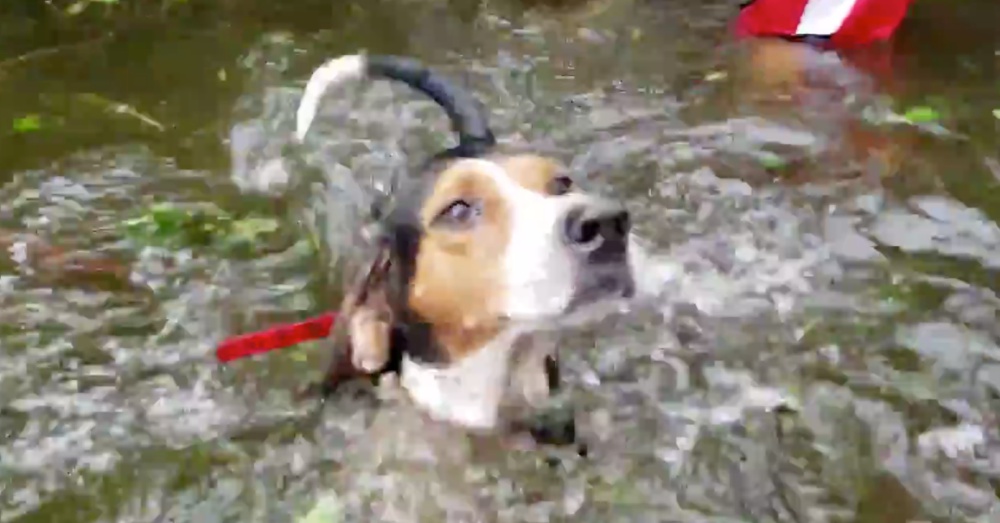 Of course, Hurricane Florence wasn’t the only natural disaster that spelled disaster for animals. Over 100,000 animals were abandoned in the wake of Hurricane Katrina, according to Louisiana’s SPCA. Meanwhile, another 44 percent of people didn’t evacuate because they feared leaving their pets behind.

A better option still is to plan and prepare for evacuation with your animals in tow. They’re counting on you!

Watch this amazing rescue in the video below!