U.S. Air Force SSgt. Amanda Urie worked with a Military Working Dog named Floor, as a K9 team based at Kunsan Air Force Base in South Korea. Together, they conducted daily routine Air Base Defense to protect the base.

But when Ssgt. Urie finished her tour in 2015, she had to leave the 11-year-old German Shepherd behind. Meanwhile, Floor continued her job in South Korea.

Ssgt. Urie kept in constant contact with the kennel and planned on adopting Floor once she was able to retire from her K9 duties. 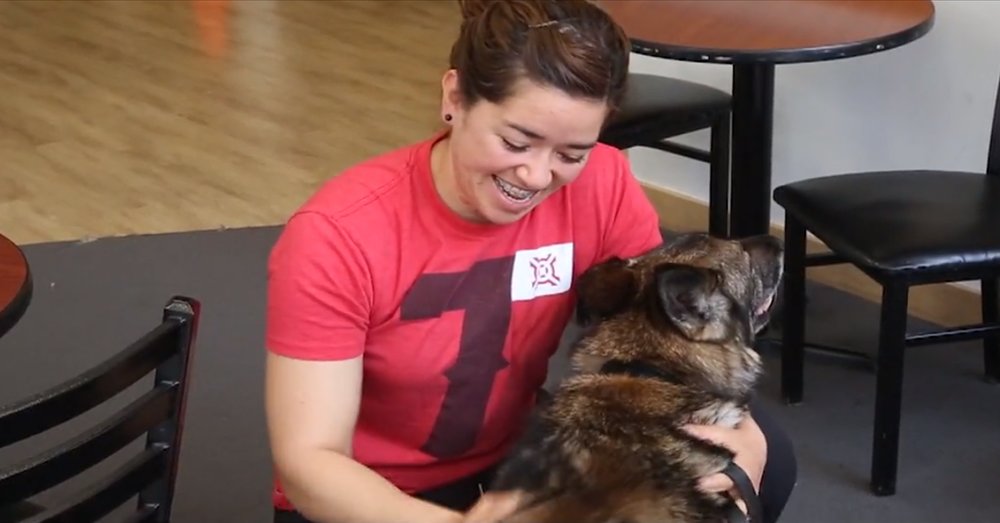 The reunion was all thanks to Mission K9 Rescue and United War Dog Association, who often work together to help handlers reunite with their military canine partners.

“A lot of butterflies, brought back memories,” Urie said after the reunion. “It’s almost been three years since I’ve seen her. Definitely very rewarding, and it didn’t feel real at first, but yeah, it’s here. My heart started beating a little bit faster, and I was a little bit nervous, but it was good.”

Watch the heartwarming reunion for yourself in the video below: