For hundreds of years, dogs have served as the quintessential firehouse pet. In the 17th century, Dalmatians trotted along horse-drawn fire buggies to keep the horses from getting spooked by the flames. Once fire trucks were developed, these four-legged friends generally started riding up front. Nowadays, it’s not even essential to be a Dalmatian to get invited on board. Over in NYC, an 11-month Pitbull mix named Ashley cruises with firefighters on the Lower East Side. Down in Jacksonville, IL, a black lab named Smokey has earned such firehouse renown that she’s even appeared on local TV.

Over in Chile where Spanish is the predominant language, a rescue named Negro has similarly ingratiated himself in the local fire station. Even though he doesn’t actually go out on calls, Negro’s contribution comes in the form of emotional support – firefighters came to rely on the old dog’s perpetually cheerful demeanor to lift their spirits. Firefighting is difficult and dangerous work, particularly after the wildfires that raged across Chile last summer. Negro’s wagging tail offered some much needed levity at the end of a difficult day. 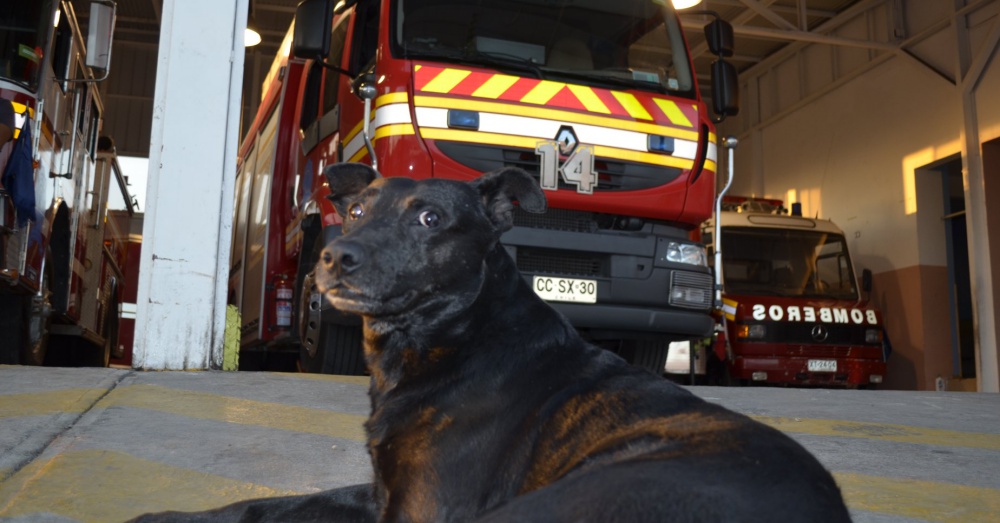 That’s why the station reacted with great sadness last week when Negro, at 14 years old, suddenly passed away.

“This afternoon, [Tuesday March 6, 2018] one from our ranks left the earth — our faithful four-legged firefighter,” the firefighters somberly posted on Facebook, alongside a photo of their faithful companion. “Thank you very much for all the years you’ve been with us. We’ll remember you forever, Negro.” 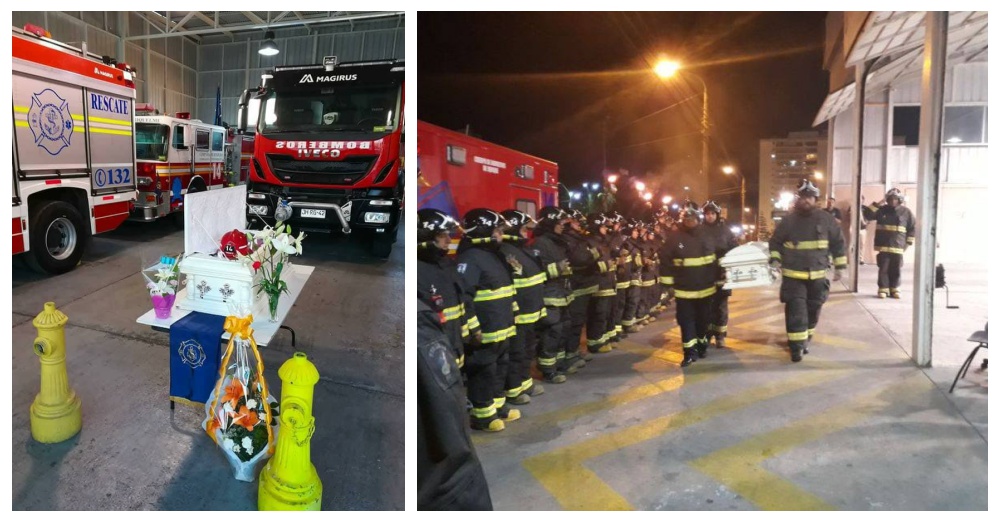 Nor was the social media shout-out the only station’s only tribute to their beloved pet. It wasn’t long before Negro was posthumously promoted to “honorary firefighter,” then buried in a white dog-sized casket. Chile is an incredibly dog-friendly country — even the strays are well-cared for by neighbors and tourists, who regularly pass the dogs leftover pieces of the country’s famed steaks and BBQ. In Negro’s case, his human’s companions went above and beyond to keep their beloved canine nearby. Not only Negro buried nearby, his gravesite was commemorated with the most fitting of memorials — a tree.

Click “Next” to Read about more hard-working dogs with jobs!